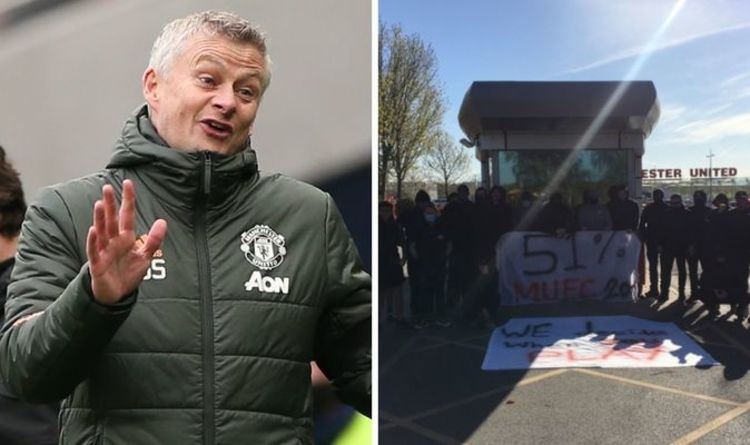 Ole Gunnar Solskjaer has revealed what he spoke about with the Manchester United fans who breached security at Carrington on Thursday. Pictures emerged on Thursday morning of a 20-strong group of United supporters who had broken into the club’s training ground.

The fans were holding a protest against the Glazers in the wake of the collapse of the European Super League.

The club joined five other Premier League clubs in withdrawing from the controversial breakaway league just 48 hours after its launch.

But protests have been taking place up and down the country with fans still furious at the actions of the owners.

The United supporters displayed banngers which read ‘Glazers out”‘ and ‘We decide when you play’. 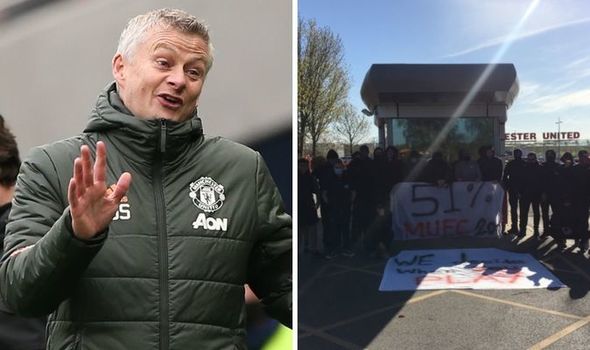 Solskjaer came out, joined by Michael Carrick, Nemanja Matic and Darren Fletcher, to try and disperse the fans.

And the United boss now detailed what was said in the brief meeting, described as being “peaceful”.

“I will always listen to the fans and I thought it was the right thing to do to listen to them and have a nice discussion with them. A peaceful discussion.

“It was a good 10 minutes and I was happy with that of course.

“We didn’t shake hands, we gave a fist bump and then we parted.”