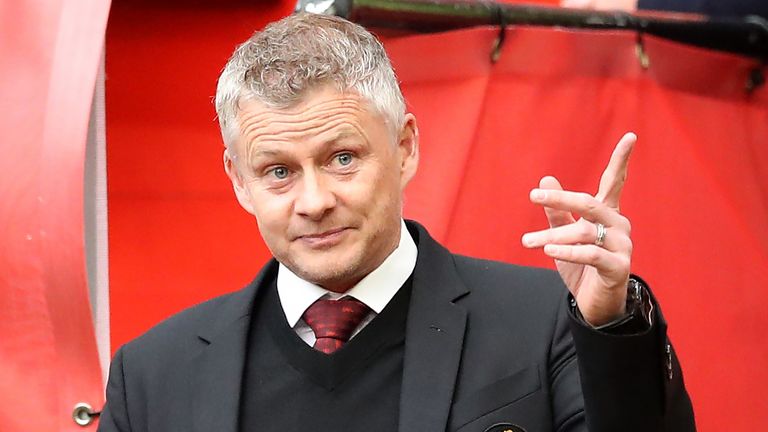 Manchester United manager Ole Gunnar Solskjaer says winning the Europa League could be “the stepping stone” to a “bright future”.

Success on Wednesday against Unai Emery’s Villarreal side in Gdansk would secure the first major trophy of Solskjaer’s reign and he hopes it can prove to be a catalyst for bigger things at Old Trafford.

“We have five wins in Europe,” the Norwegian said. “We’ve lost twice to Barcelona.

“These are big nights for us. It might be the stepping stone for something better to come, a bright future because this team is a young team.

“It’s a team that we’ve rebuilt over the last couple of years, so hopefully this is the start of something more.”

Sir Alex Ferguson, the club’s former manager responsible for two of their Champions League successes and the Cup Winners’ Cup victory, is part of United’s travelling party and will be watching from the stands.

Solskjaer’s winning goal in the 1999 final against Bayern Munich came on May 26 as Ferguson’s side lifted Europe’s premier club competition on what would have been club great Sir Matt Busby’s 90th birthday.

And exactly 22 years on, Solskjaer expects his players to rise to the occasion as they look to deliver another success on the continent.

He said: “Of course Sir Alex is with us, we know the 26th of May is Sir Matt’s birthday, but the players, when they sign for Man United, they sign to win trophies.

“They accept the challenge of being the best because this is the best club in the world, so that’s the pleasure of the pressure of Man United. That’s something they are ready for because they wouldn’t have signed here if they weren’t top players.”

For Solskjaer, the Europa League final represents the opportunity for a unique achievement – playing a key role in European trophy successes for Manchester United as both a player and a manager. But he says personal glory is not on his radar this week.

“I don’t even think about that,” he said. “I’m always looking forward and thinking about the next decision, making the right decision for the club.

“I never think about my CV, never. I think about making sure the players are ready. If you have to make decisions tomorrow, then you do it.

“I’ll speak to the subs and tell them they might have to play a big part. Players can be disappointed, they can be angry with me but they should enjoy it because you don’t play too many finals in your life.”

Harry Maguire did not train in Manchester United’s final session before the Europa League final.

The United club captain has travelled to Gdansk as part of the 26-man squad for Wednesday’s match against Villarreal.

Solskjaer had initially been upbeat about Maguire returning to skipper the side in the final, only for that positivity to wane last week despite the defender coming off his crutches.

“Harry is just going to jog up and down the sideline, I reckon,” the United boss said in his pre-match press conference.

“He’ll probably try to join in (training) a little, but apart from that we’re looking quite good.”

Yet within an hour it was clear that Maguire would be taking no part in Tuesday’s session.

The defender, who was named in England’s provisional 33-man squad for the European Championships earlier in the day, headed to the dugout rather than the pitch as his team-mates started training.

Solskjaer went over to him 15 minutes into the session, before the United boss returned to the main group as a forlorn Maguire watched on.

Anthony Martial and Phil Jones did not travel with the squad due to injury, with Solskjaer facing some big selection decisions, including whether to start David de Gea or Dean Henderson in goal.

“It’s always difficult to leave players out but a final is a reward for what you’ve done over the whole season,” he said.

“Then, if there’s a doubt between a couple of players it comes down to the form in the latter stages. We’ll enjoy the last training session and the players will get the team tomorrow.”