Manchester United boss Ole Gunnar Solskjaer says Scott McTominay is an indispensable member of his side after his starring midfield role in the win against Tottenham and believes he ‘knows what Manchester United means’.

The Red Devils eased the pressure on the under-fire Norwegian by beating Spurs on Jose Mourinho’s return to Old Trafford, and McTominay was dominant in midfield to help his side pick up a valuable three points.

Marcus Rashford scored a brace either side of Dele Alli’s superb flick finish to secure the three points as United moved up to sixth in the table. 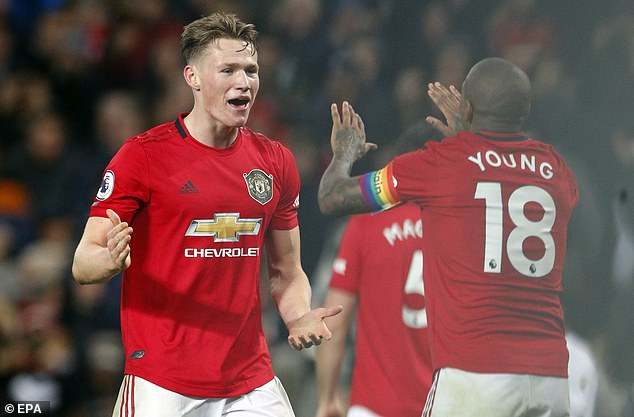 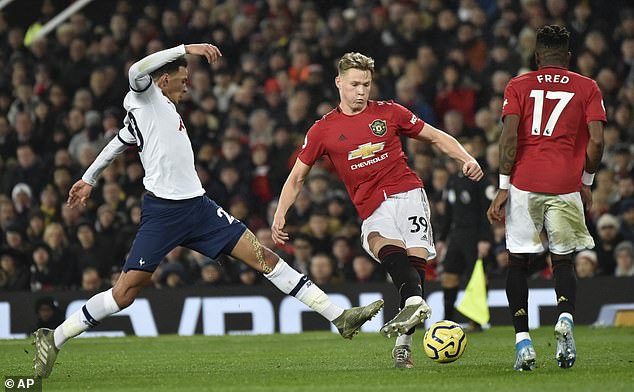 Dele Alli attempts to put a foot in on the 22-year-old, who excelled in midfield alongside Fred

Scottish international McTominay had been out with an ankle injury for the last month but returned to the starting line up to boost Solskjaer’s ranks, and provided a new energy for the team to frustrate Spurs.

And Solskjaer was keen to stress the importance of the 22-year-old, saying he would find it difficult to drop the star after his ‘top class’ display.

‘You can almost say he [McTominay] is undroppable at the moment,’ he said after the game. ‘I wasn’t gonna try to push him through for this game. The physical presence he gives us, the leadership he gives us in midfield also releases Fred. 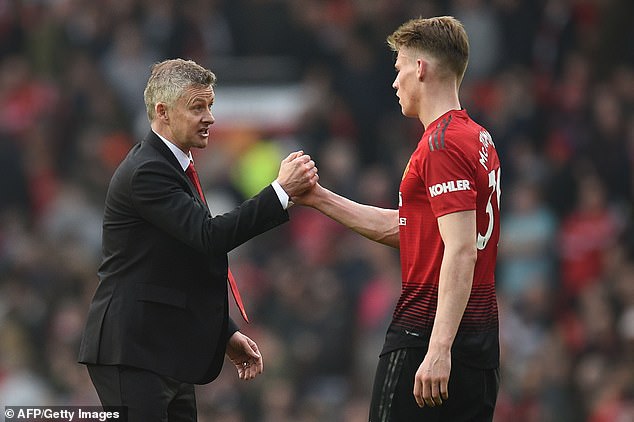 ‘I thought Fred was excellent today and maybe the one chance [Spurs] had he blocked. First class, they are a good partnership.’

United have not been able to call upon midfielder Paul Pogba, who has been out since September, but Solskjaer was relieved to have McTominay back in contention and he praised his natural fitness to slot back in despite a lack of game time since he returned to training.

‘He trained yesterday and that was just a light session with the reserves, but he’s a tough boy. 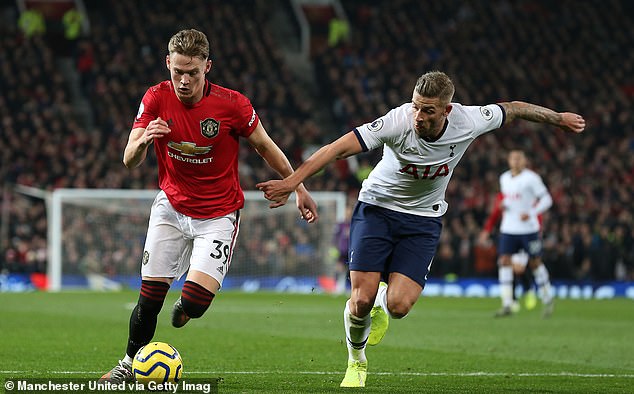 There’s no chance he’s gonna say “no thanks” if he felt okay, so it’s probably the first time I’ve really really pushed players that haven’t had the foundation but he’s so fit anyway.’

His dynamism was crucial for United as he made three interceptions, two tackles and ten ball recoveries – a performance Solskjaer hailed as ‘top class’, saying his attitude was exactly what he looks for in a Manchester United player.

‘He was absolutely top class, you didn’t expect anything else, because see a boy doing everything right every single day in training, and he prepares properly and they’re the boys you wanna have in the team. 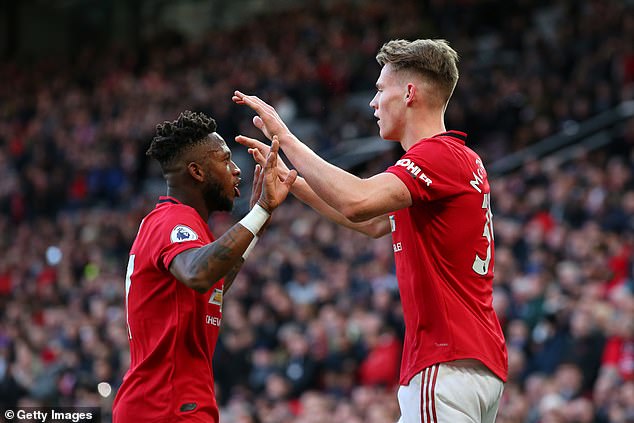 ‘He’s so professional, he’s not tainted by any superstar or fame, he just wants to become the best footballer he can be and that’s the people I want in this club.

‘He would’ve suited my squad when I played, he would’ve fit right in that squad because he’s come through the academy, he’s one of ours, he’s one of the locals and knows what Man United means.’

It doesn’t get any easier after coming through a tough Spurs test, as United will travel to the Etihad on Saturday to face champions and rivals Manchester City.