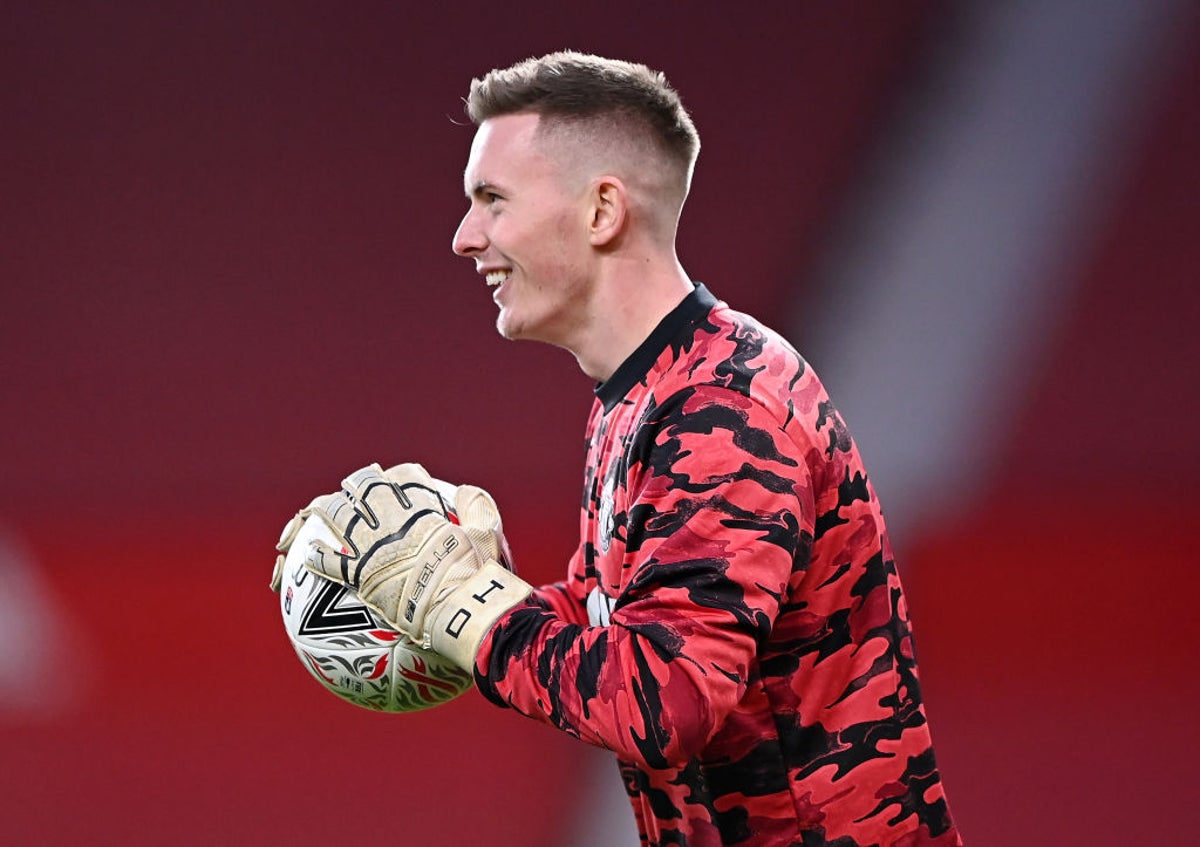 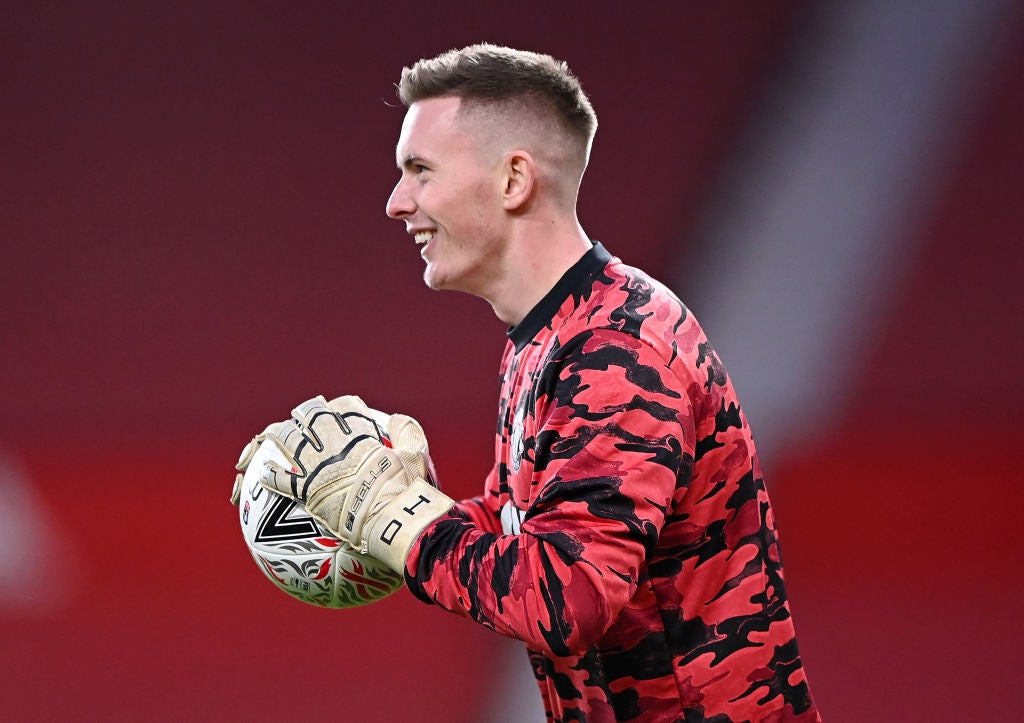 Dean Henderson is pushing to be United’s No 1 goalkeeper

Greenwood may feature again when West Ham visit on Tuesday, but Paul Pogba and Eric Bailly are doubts as Solskjaer looks to keep this avenue towards a first trophy as United boss alive.

The Norwegian says the Ivorian is more likely of the pair to feature than Pogba, who limped off on Saturday with a thigh issue, while David Moyes’ improving visitors will be unable to call upon Jesse Lingard.

The 28-year-old’s appearance for the Red Devils in the third-round tie against Watford was only his third of the season, leading to his loan move to the Hammers for the remainder of the season.

Lingard has not taken long to make an impact with the east Londoners, grabbing a brace on his debut at Aston Villa last week.

“They’ve improved a lot, I have to say,” Solskjaer said of the Hammers. “David’s got his team really well organised, as he always does with his team.

“He’s got some very good players and of course Jesse did really well for them and I hope he’s going to make them a better team because that means he’ll have played well.

“Jesse has started really well. He’s come down there, made a good first impression.

“He’s just got to knuckle down, work hard, keep his head down, keep improving his game.

“We know how good he is, just get a regular run in the team and then hopefully we can see the best of Jesse.”