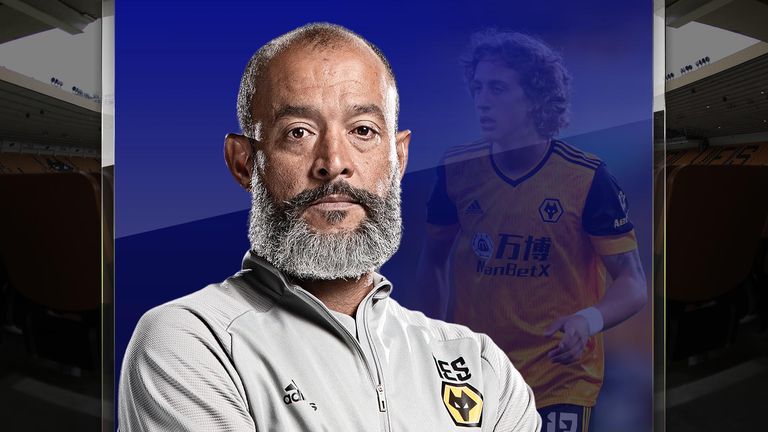 The two youngest players to start a Premier League game this season both play for Wolves. Six of the club’s starters this season are currently under the age of 21, twice as many as any other team in the competition. It is indicative of the emphasis on young talent at Molineux and should perhaps be remembered when assessing Wolves’ performances this season.

It has not been a poor campaign by any means. Indeed, the Premier League table is so condensed that if Wolves win their home games against Everton and West Brom this week then they will be just five points behind current leaders Liverpool by Saturday afternoon.

But such are expectations after back-to-back seventh-place finishes that the chatter from those on the outside at least is of a plateau being reached, even a sense of drift.

Within the club, there is a greater appreciation of the circumstances. The numerous injuries to key players even beyond the headline loss of striker Raul Jimenez. The seven teenagers among the substitutes for the draw at Brighton last time out in the Premier League.

“This is how our squad is built, this is our idea,” Nuno Espirito Santo tells Sky Sports. “I think it reflects the philosophy that we have worked to from the beginning here at Wolves, always with a lot of young players who we are looking to develop and improve.

“It is the cycle that we are in. Throughout our career as a coaching team, we have always looked to develop young players because we believe that they have things inside them, that natural unawareness of the responsibility of the situation, a good naivety. Young players have this and they are so hungry to take the opportunity that this can help the team.

“You have to balance the squad with a certain level of experience that supports them, but if you really want to build something for the future then you have to believe in youth.”

Wolves do not have the lowest average age in the Premier League because of the regular presence of experienced players such as Rui Patricio, Romain Saiss and Joao Moutinho.

But they still went to Old Trafford recently with two players – Vitinha and Ki-Jana Hoever – making their first professional league starts. There were more players currently under the age of 21 in the line-up that evening than any other team has named in total all season.

“Playing them in the Carabao Cup is different,” explains Nuno. “Playing them against big teams in big stadiums, this is the right time when you can make a proper evaluation.”

Sometimes there are consequences.

Against Tottenham, 18-year-old striker Fabio Silva spurned the chance to win it with the last attack of the game when he headed over the bar from close range. Owen Otasowie missed a similar opportunity with seconds left on the clock against Brighton.

“It is about balance,” says Nuno.

“This club is not a farm to develop players. The players come here because we believe they can make an immediate impact. The demands on them must be the same because we are competing in the best league in the world so we are not going to make excuses for a mistake just because these players are teenagers.

“All players are going to make mistakes, it is how you deal with the mistakes. The best way for a player to improve is when he recognises it, analyses it, and understands why it happened. Was it a lack of tactical information, was it a lack of technical skill, or was it a lack of concentration in the moment? All of these things are important.

“Being able to give them confidence is important for a young player because if he is afraid of the mistake then he will not develop his talent. A mistake is just part of the growing process of a player. It is the balance between those two things – demanding and understanding – that requires a little bit more in terms of management of the player.”

In a sense, Nuno appears to see it as a test of his nerve.

“One of the aspects that can determine success is how you deal with the situation after you give a chance to a young player because it is what happens after that will decide everything. 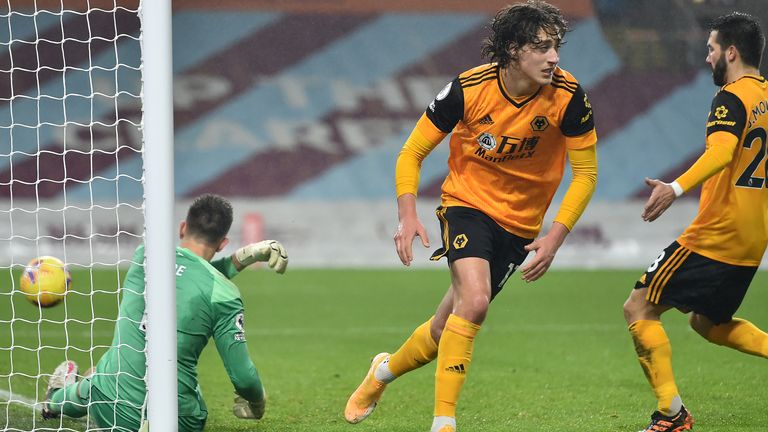 All of this applies most obviously to Silva, the club’s record signing who has been pressed into action far more than expected following that injury to Jimenez at Arsenal in November.

The £35m fee adds expectation that bears little relation to his experience. He is, by six months, the youngest player to start a Premier League game this season, and he is being asked to lead the line for Wolves. His best asset appears to be his intelligent off-the-ball movement rather than any searing pace or unusual trickery.

Hasty assessments are inevitable, even if it is worth remembering that the man he is replacing did not even make his professional debut in Mexico until he was 20.

Is it all too much too soon?

“There are many factors when you decide whether to select a player, whether he is young or not young. It is what you want for the game. This is the main aspect that I think about, the tasks of the player. If the tasks that I want can be done by an 18-year-old boy who is working all week and I trust him then why not select him to play?”

It is encouraging that Silva is fashioning chances, boasting a higher expected-goals per 90 minutes total than even Jimenez. Unfortunately, aside from a late penalty at Burnley, the finish has eluded him. There was another miss against Crystal Palace on Friday.

“He is playing and he is does a lot of things well,” says Nuno, “but the thing he has to improve is that he has to be more clinical in front of goal because he is a striker.” 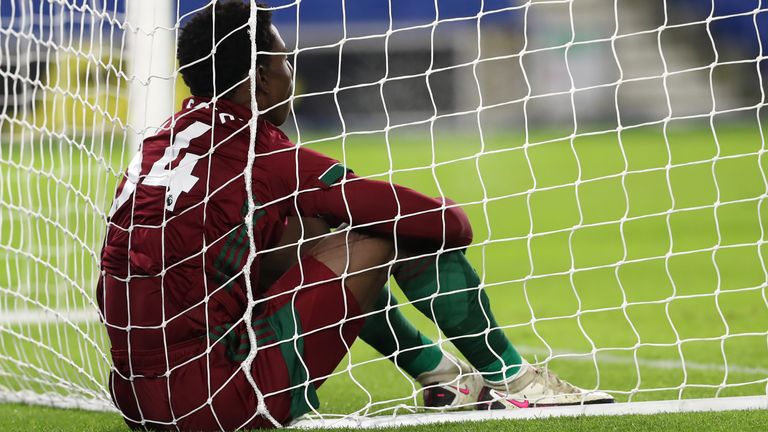 When seeing Otasowie trudge from the field upon the final whistle at the Amex or the fresh-faced Silva agonising over a squandered opportunity, it can be difficult to view these experiences as wholly positive. But the steepness of the learning curve will surely help.

“Fabio had very little experience and he was coming into a situation where he has joined a new team in a new country. These things require patience and time. The way that we build our training sessions is different from what he was used to but his progression is going faster now. I believe that he is improving fast.”

And that club-record fee?

“It does not have to be to do with the cost of the player. It is about what you see in them and what you see a little bit ahead of them.” Nuno takes heart from the progress made by Pedro Neto. He started only one Premier League game prior to Christmas of his debut campaign following his arrival from Lazio in 2019, but has been Wolves standout performer in his second season.

In fact, Neto has scored more goals and provided more assists than any other player under the age of 21 in the Premier League so far this season. He is the example for others at Wolves to follow.

“He is doing well now but last season he did not play so many minutes. We had other players who were in the squad who were regular starting players so it is a transition situation. If you start preparing earlier there will be more of a benefit for you in the future.”

Nuno mentions others too, those on the fringes. There is a name-check for Meritan Shabani, signed from Bayern Munich, and Theo Corbeanu, the 18-year-old Canadian forward, who looks very close to a first-team debut. He includes Lewis Richards and Taylor Perry too.

“These are all players from our academy who we are working with because we believe that in some years they will be the core of the squad. This process of ins and outs is natural.”

Others have returned to bolster the numbers. Patrick Cutrone, who turned 23 earlier this month, a veteran by comparison, is back from his loan at Fiorentina. Morgan Gibbs-White could become the seventh Wolves player under the age of 21 to start a Premier League game this season if he makes the team against Everton on Tuesday.

The commitment to youth continues at Molineux. If Wolves are able to negotiate the congested Premier League fixture list in these uncertain times and come out the other side then they will do so with a group of young players far better for the experience.

“The cycle that we started in the Championship, this is a continuation but there are always different moments. Things change the situation, that is natural. But having young players in the squad can ensure that this club has a better future, for sure.”