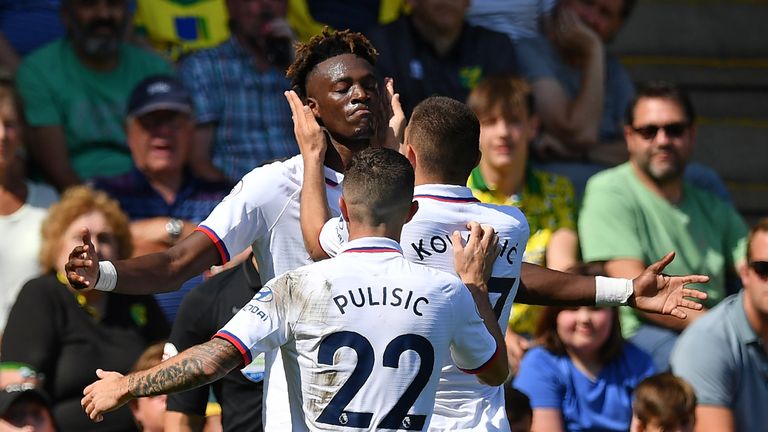 It was Chelsea who opened the scoring after just three minutes through Abraham’s well-taken goal, only for the hosts to equalise only 156 seconds later as local boy Todd Cantwell side-footed home from close range after some lovely build-up play.

In what was an action-packed first half at a sun-drenched Carrow Road, however, the visitors soon found themselves back in front thanks to Mason Mount’s composed finish (17).

Man of the match: Tammy Abraham

Norwich fought back, though, as the in-form Teemu Pukki made it five goals in his first three Premier League appearances to level matters again on the half-hour mark, only for Abraham to win it with his second goal midway through the second half.

The visitors – who lost Pedro in the warm-up, to be replaced by Ross Barkley – made the perfect start in East Anglia as Cesar Azpilicueta got free to the right byline, before finding the unmarked Abraham in the area. 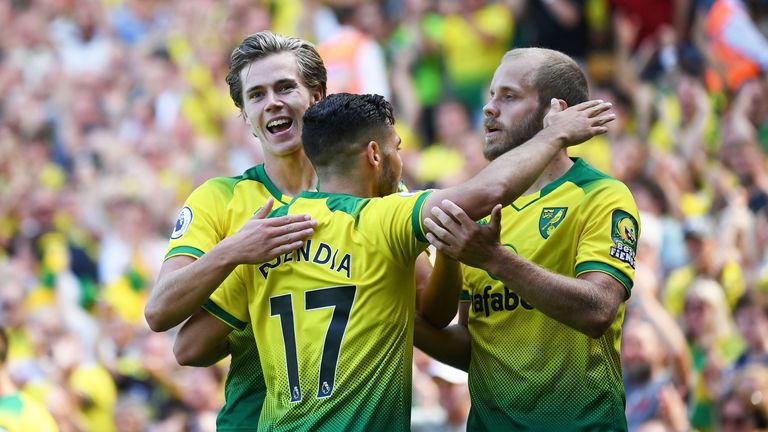 And the striker showed great confidence to beat Tim Krul with an accurate finish into the corner of the net, not that his and his team’s celebrations lasted for long as Norwich soon levelled.

Cantwell was strong in the box, before releasing Pukki down the inside left channel, and from the Finland striker’s low cross, there was Cantwell to side-foot home from close range.

It was raining goals as back came Chelsea as Christian Pulisic’s clever ball found Mount in the box, with the young midfielder keeping his cool to work some space with quick feet, before burying a shot past Krul for his second strike in a week.

That was not the end of the first-half scoring, though, with the hosts back on level terms on the half-hour mark after excellent play from Emiliano Buendia, whose lovely through-ball picked out Pukki. 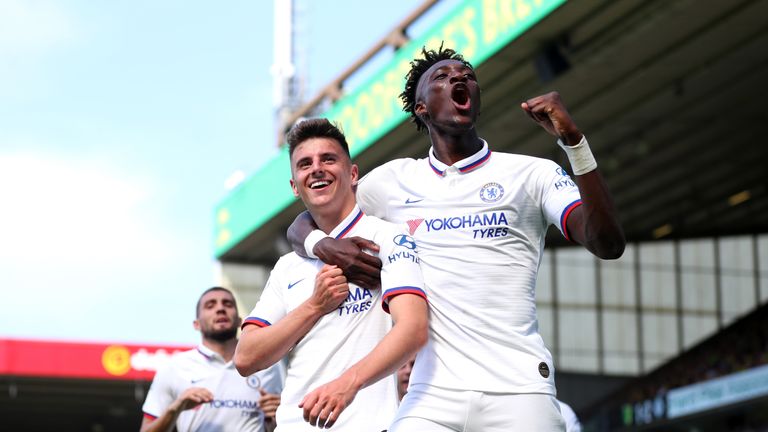 And the in-form Finn kept his cool to beat Kepa Arrizabalaga from an acute angle as Norwich’s famed recovery powers were once more there for all to see.

In the end, however, Chelsea’s extra experience and class began to show, with the visitors winning a ding-dong affair midway through the second half thanks to that man Abraham.

Unsurprisingly, Norwich boss Daniel Farke named an unchanged line-up from the side that beat Newcastle 3-1 at home last time out.

Chelsea made two changes from last Sunday’s 1-1 draw with Leicester at Stamford Bridge – N’Golo Kante missed out with an ankle injury, with Mateo Kovacic replacing the Frenchman in midfield.And Tammy Abraham was given the nod in attack, with Olivier Giroud dropping down to the bench.But, after Pedro went down in the warm-up, Ross Barkley came into take his place in midfield.

The impressive Mateo Kovacic powered forward through midfield, before finding his forward and despite having a lot of work to do, the England international managed to find the target from the edge of the box with a low drive past a flat-footed Krul.

Daniel Farke: “We came pretty close, I think it’s small details that make the difference. The draw at half-time was probably the right result.

“There were periods where Chelsea put us under pressure and dominated, but sometimes you have to accept that good sides like Chelsea are going to do that and dominate you. We hit the crossbar and created a few chances and it was a
close game.

“In general the officials were not crucial for the result, but my feeling was that five minutes to add at the end was not acceptable. Chelsea are an experienced team and took their time and had two cramps in the final few minutes and pretended to be injured.

“I would also expect the same of my players, so I don’t accuse them. But with all the VAR and injuries please add the time on at the end, this is the situation I was not happy with.”

Lampard: “It was a tough test and Norwich will get a lot of points here because they are a really good side and I thought
we played really well.

“It was hard here in these conditions and we controlled large parts of the game, but we shouldn’t have given two goals away and we need to be more clinical. If we are more clinical then we take the game away from Norwich and don’t have a nervy last five or 10 minutes.

“But I thought there were some really good elements to our game and I’m pleased. It’s a first win as well so I’m really pleased.”