Defeat at the Ullevaal Stadium left them rooted to the bottom of the group, although manager Ian Baraclough will place greater importance on next month’s Euro 2020 play-off final against Slovakia.

Baraclough made 10 changes to cope with the demand of a third game in a week, wary of putting too much burden on his players or risking injuries ahead of the crucial game in Belfast.

The Northern Ireland boss was forced into another change before kick-off when goalkeeper Bailey Peacock-Farrell – the shootout hero in Bosnia a week ago – was injured in the warm-up and had to be replaced by Trevor Carson. 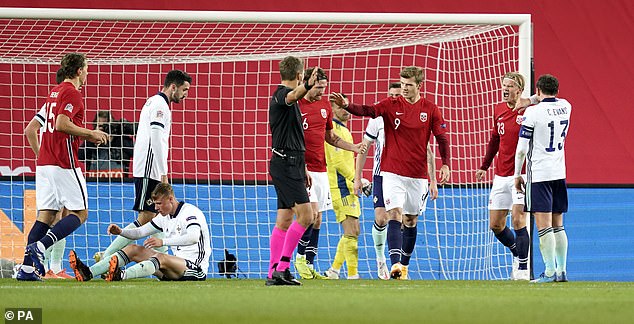 The Motherwell keeper was called into action inside two minutes as Norway threatened to take an early lead, as they did in a 5-1 win at Windsor Park last month.

The two danger men combined as Martin Odegaard dinked a lovely pass over the top of the defence and into the path of Haaland. The prolific Borussia Dortmund striker scored a hat-trick against Romania at the weekend but couldn’t find the net this time.

Haaland swept the ball goalwards on the volley but Carson did enough to take the pace off the shot, allowing Tom Flanagan to slide in and clear off the line.

Haaland wasted another excellent chance in added time at the end of the half when Birger Meling’s cross from the left found him unmarked in front of goal as Flanagan lost track of his man. However, Haaland’s header was straight at Carson and the keeper denied him again. 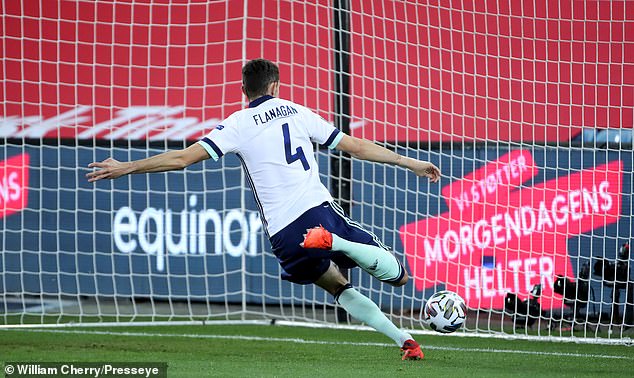 Northern Ireland, who were captained by Jonny Evans in the first half and brother Corry for much of the second, put up more resistance than the last meeting between the two sides.

And they had several opportunities of their own as they threatened to hit the hosts on the break, having offered very little in Sunday’s defeat at home to Austria.

George Saville played the ball through for Conor Washington and his powerful shot was beaten away by goalkeeper Andre Hansen. Washington then released Josh Magennis from another breakaway and the Hill City striker cut inside before firing low at Hansen. 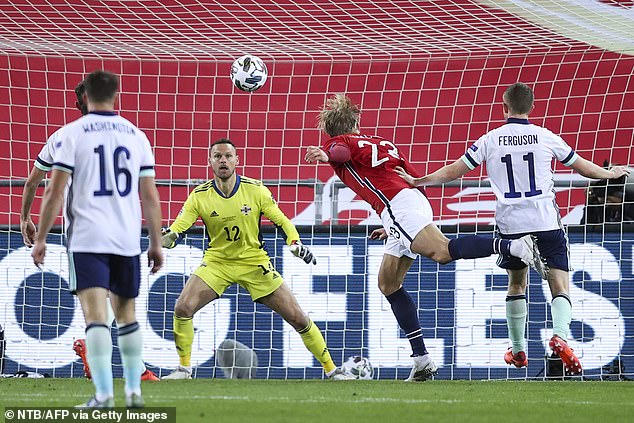 The two players combined again to create Northern Ireland’s best chance in the 19th minute. Washington stole possession on halfway following a mix-up between Odegaard and Omar Elabdellaoui, and raced clear. The Charlton striker played in Magennis who took a touch and that cost him valuable time as Hansen raced out of his goal to block.

Carsen was again called into action early in the second half, turning away Josh King’s low angled effort after it had taken a slight deflection off Daniel Ballard.

However, the winner arrived in the 67th minute when Stefan Strandberg flicked on Odegaard’s corner and the ball went in off Dallas’s arm.

Northern Ireland are still without a win in two Nations League campaigns, taking a solitary point from eight games.