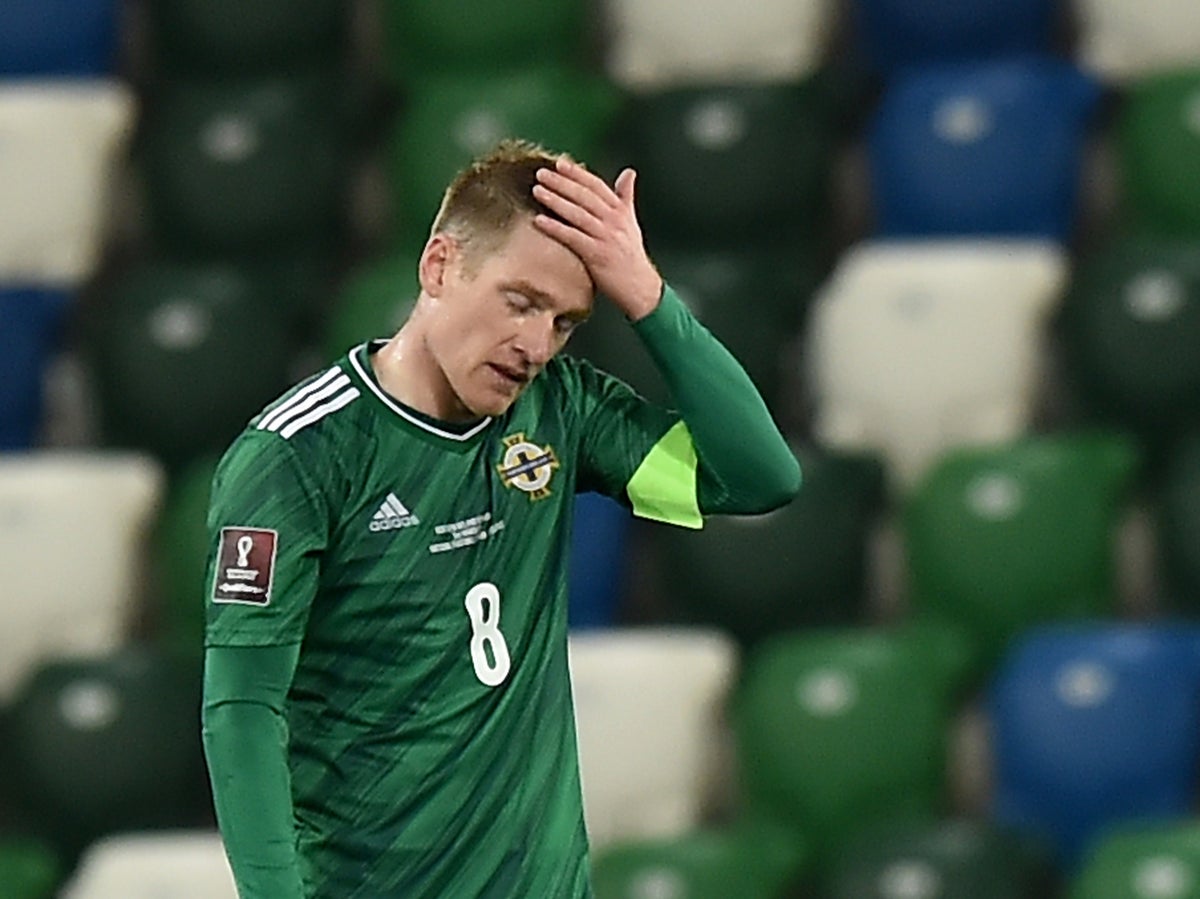 Northern Ireland’s hopes of qualifying for the 2022 World Cup suffered a major setback as they were held to a goalless draw by Bulgaria at Windsor Park.

Ian Baraclough’s side dominated what had been billed as a ‘must-win game in Belfast but could not find a breakthrough, with Stuart Dallas going closest when he headed onto the crossbar midway through the first half.

The draw leaves Northern Ireland with only one point from their opening two qualifiers and in precisely the position they hoped to avoid – needing to play catch-up against Italy and Switzerland who have both taken maximum points from their opening fixtures.

This may have been the first clean sheet for Baraclough, but the lack of goals in his side was a major talking point before the match and no solutions have been found, with 67 per cent possession translating into only three efforts on target.

Second-half substitute Niall McGinn made an impact, flashing a good shot wide of the target after turning on the edge of the box late on, while Daniel Naumov had to save from Gavin Whyte, but on the whole Bulgaria’s debutant goalkeeper was not seriously troubled.

Instead it was Bailey Peacock-Farrell – who faced questions after last week’s loss to Italy – who had to make an outstanding last-minute save to keep out Dimitar Iliev’s header.

Though it is still early days in the qualifying campaign, the failure to beat a Bulgaria side deep into a rebuilding phase – they had four new faces in their starting 11 – is a major missed opportunity in a group where Northern Ireland always faced an uphill task.

The result also leaves Baraclough still chasing a first win inside 90 minutes after 11 games in charge. There have been impressive performances during his tenure, but not yet the results to match.

After making 10 changes for Sunday’s friendly defeat to the United States, there was a more familiar look to Baraclough’s side on the night as Steven Davis earned his British record 126th cap with Jonny Evans, Craig Cathcart and Dallas among the others to return.

The messages before the game were familiar ones too: make a positive start and avoid needing to chase the game.

Northern Ireland certainly did that, with Davis sending an early effort wide before Josh Magennis bullied his way through to meet a Dallas throw flicked on by Cathcart, though the Hull man could not generate the power needed to test Naumov.

Magennis had the ball in the net with 17 minutes gone but only after the whistle had gone for a foul by Dallas on Momchil Tsvetanov. 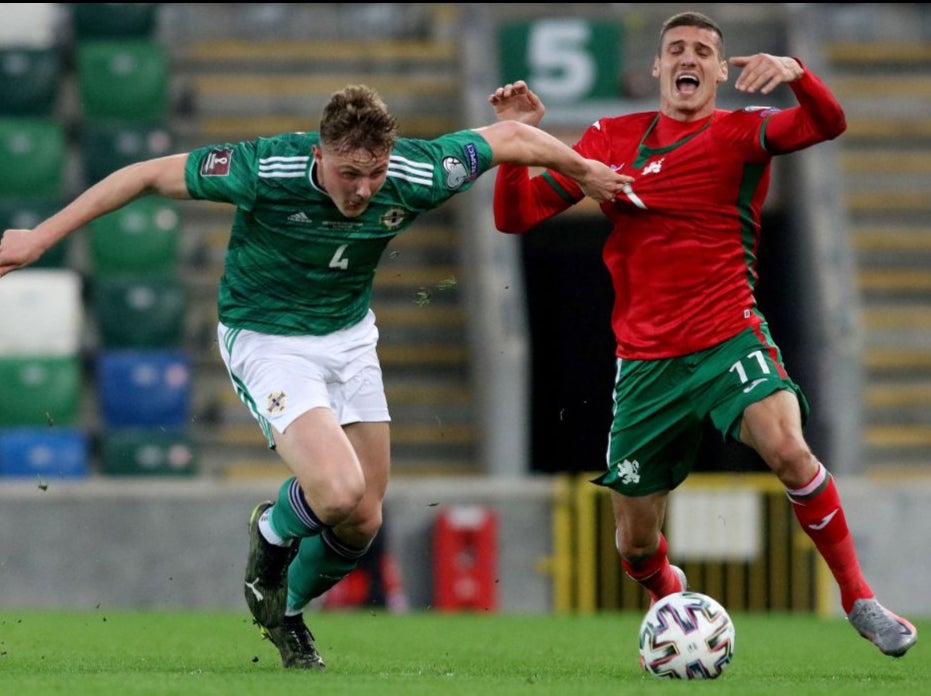 After Dallas headed on to the bar, Northern Ireland got a reminder of the need to stay switched on at the back as Peacock-Farrell came for but failed to gather Kiril Despodov’s free-kick, grateful to see Valentin Antov’s header land on the roof of the net as his defence was left scrambling.

If Northern Ireland started the first half well, they looked even sharper as the second 45 minutes got under way.

Naumov saved from Whyte after the Hull man fired through a crowd, while the pressure built as Northern Ireland forced four corners in a row, though Evans headed straight at the goalkeeper with the only chance to come from them.

With Northern Ireland unable to capitalise on their pressure, Baraclough sent for Sunday’s goalscorer McGinn in place of Whyte, but it was apparent that tension was creeping into their game as the clock ticked on.

McGinn looked the most likely man to do something about it, shooting narrowly wide on the turn, then seeing a late effort deflected wide before Peacock-Farrell denied Iliev to avoid an even more damaging defeat.