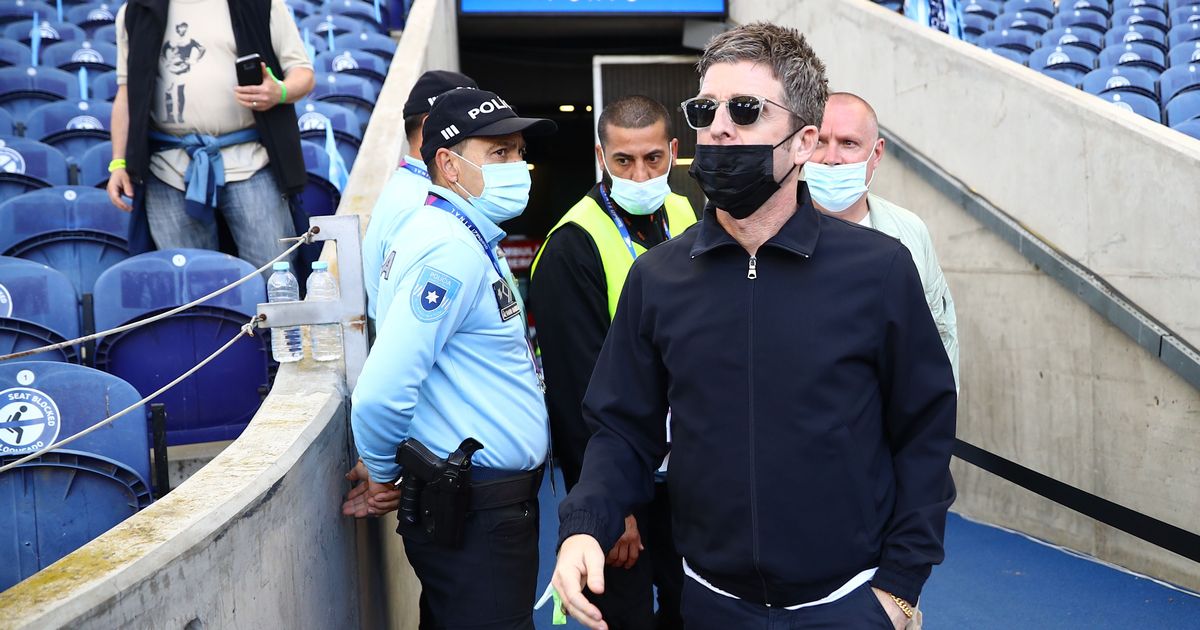 Noel Gallagher is one of the most recognisable Manchester City fans in the world and there was no chance the Oasis star was going to miss the Champions League final.

Gallagher, who is celebrating his 54th birthday on Saturday, was seen in Porto and at the stadium ahead of the clash.

City take on Premier League rivals Chelsea in the final having lost their last two clashes against the Blues.

And Gallagher admitted the nerves are kicking in, especially as he lives in London.

Speaking to BT Sport, from pitchside, Gallagher said: "I got here about three hours ago. Could be one of the greatest [birthdays] ever.

"It’s our first final and I’m bricking it. Cos it’s an all England final, I’m quite recognisable, and I live in London, the abuse from taxi drivers I’ll get will be relentless.

"I’m surprised [Raheem] Sterling is starting, I’ve got to say.

"To be in a Champions League final, i’ve never been nervous before and I’ve got butterflies."

And asked if it is bigger than Glastonbury, Gallagher added: "Oh absolutely."

City have gone from strength to strength in recent years though this is their first Champions League final.

Speaking earlier this week, Gallagher added: "What Manchester City have done is exactly what the owners said would happen.

"When they came in and said they were determined to turn us into one of the biggest clubs in Europe and the world, all I was thinking was, I don't care what you do, as long as that banner comes down at Old Trafford, the one showing how long we'd been without a trophy.

"I remember meeting [City chairman] Khaldoon Al Mubarak at the start and telling him that and he was adamant, saying 'oh no no no, it's going to be much greater than that'.

"I was like 'whatever' but my God they have been true to their word and it has just been an amazing journey that the club has been on."

READ MORE: N'Golo Kante was described as "little ratter" by Leicester scout who spotted him