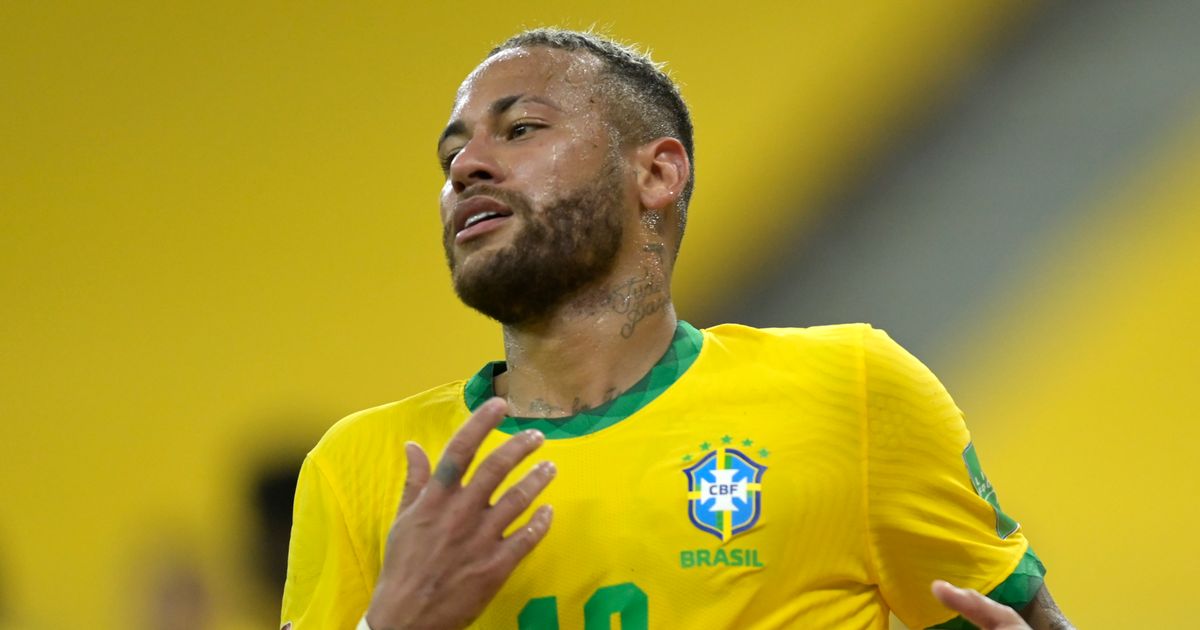 Neymar has sensationally claimed he will stop playing for Brazil after the 2022 World Cup in Qatar.

The Paris Saint-Germain forward wants to bow out of the international game next year at the age of just 30.

Since making his Brazil debut back in 2010, Neymar has scored 69 goals in 113 appearances for his country.

He has won two trophies at international level, the 2013 Confederations Cup and the 2016 Summer Olympic football tournament.

Former Barcelona star Neymar is still a key player for the Selecao but has said he doesn't know if he has the 'strength of mind' to continue.

He told DAZN: "I think it’s my last World Cup.

"I see it as my last because I don’t know if I have the strength of mind to deal with football any more.

Neymar has had a fraught relationship with Brazil supporters in the last few months.

Do you think Neymar will retire from Brazil duty after the 2022 World Cup? Let us know your thoughts in the comments section below

In September the 29-year-old hit out at fans criticising his weight and demanded more respect.

After becoming the country's all-time top scorer in World Cup qualifying, he said: "I don't know anymore what I have to do for people to respect me.

"This is normal, it's been a long time. Reporters, commentators, others too."

Despite winning the Confederations Cup and gold at the Olympics, he is yet to win any of the big international prizes with Brazil.

And he was famously missing from the side that crashed out of the 2014 World Cup on home soil.

Team-mates memorably held up his shirt before kick-off as a back injury saw him miss the 7-1 national humiliation against Germany.

Brazil are in a strong position to qualify for the 2022 World Cup in Qatar.

Following Sunday's 0-0 draw with Colombia, Neymar and co are six points clear at the top of their CONMEBOL qualifying group.