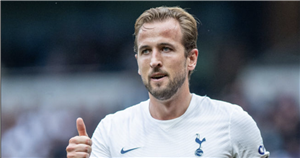 Kane, 28, stated his intention to leave Tottenham over the summer in order to boost his chances of winning major silverware.

Premier League champions City were heavily linked with a move for the England captain, while Chelsea were also touted as surprise candidates to prise him away from their London rivals at one stage.

However, Spurs chief Daniel Levy's £150million asking price was too steep for both clubs in the end, meaning Kane was forced to stay put.

Next summer Kane's transfer saga is likely to resume if Spurs fail to win a major trophy this season, but Chelsea will no longer be an option after they spent £97.5million on Romelu Lukaku in the summer.

City are also unlikely to cough up £150million for him after paying a club-record £100million fee to sign Jack Grealish.

Do you think Newcastle could sign Harry Kane? Let us know in the comments section below.

The Magpies are being linked with a host of world-class names after completing their Saudi takeover, with their new ownership reportedly worth a staggering £320billion.

And when speaking about players they could sign, Ambrose said on talkSPORT: "What about Harry Kane?

"Now I say this because, are Manchester City or Chelsea going to be paying £100m-£120m in the summer?

"I don't think they are. I think [City] went to around £130m this summer, so Newcastle will.

Newcastle will reportedly be able to spend up to £200million in January without breaching Financial Fair Play rules, meaning they could attract some stellar names to St James' Park.

Ambrose added: "Say Daniel Levy puts on another ridiculously high transfer fee that nobody else is going to pay and Newcastle say, 'OK, there's £150m'.

"Who's got more chance of winning a trophy at the moment? Tottenham or Newcastle right now?

"Everyone is going to say [Newcastle] now because they're a project and they've got ambition."