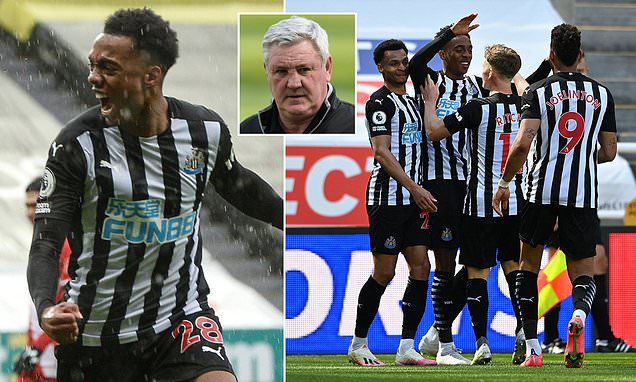 The 21-year-old has been in fine form for the Magpies since arriving in January and has scored three goals in nine appearances, including the winner against West Ham last weekend that moved Bruce’s side eight points clear of the bottom three.

According to The Telegraph, Arsenal are open to selling Willock this summer but will command a fee of around £20million. 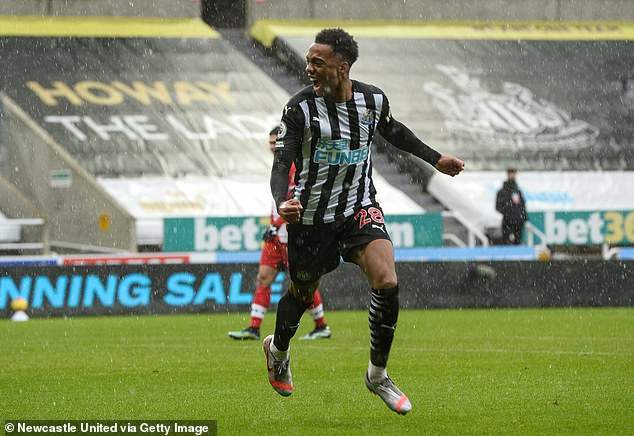 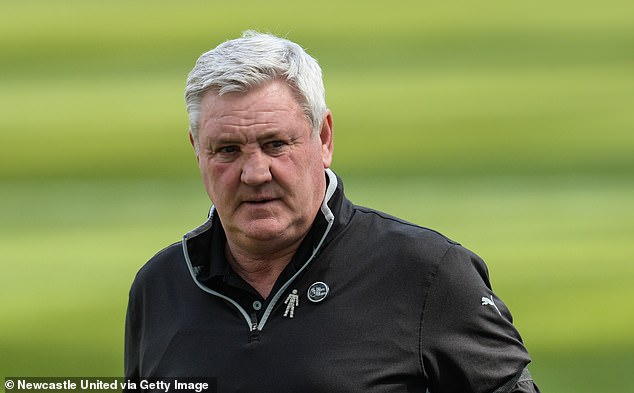 Newcastle are expected to be at the front of the queue for his signature, considering how much the the England Under-21 international has enjoyed his time on Tyneside.

‘It was quite refreshing hearing him yesterday talking about going out and seeing the sea, driving out to the coast,’ said Bruce ahead of Saturday’s trip to Liverpool. ‘Living in London, I don’t think he sees that very often.

‘I believe he is enjoying it here, he wants to be in the team, but he has scored three goals and the last two, particularly the last one [the winner against West Ham] were vitally important.

‘You could see by his elation that he was delighted for the team. He’s a young lad and I’d love to keep him here and we will have some big conversations with Arsenal [about doing that].’

Willock has struggled to break into Arsenal’s first team on a consistent basis and a move away from the Emirates may prove best for his development.

Newcastle have utilised him as an impact substitute recently, but if he were to move to St James’ Park on a permanent basis; it’s believed Bruce would make him an integral part of the team next season. 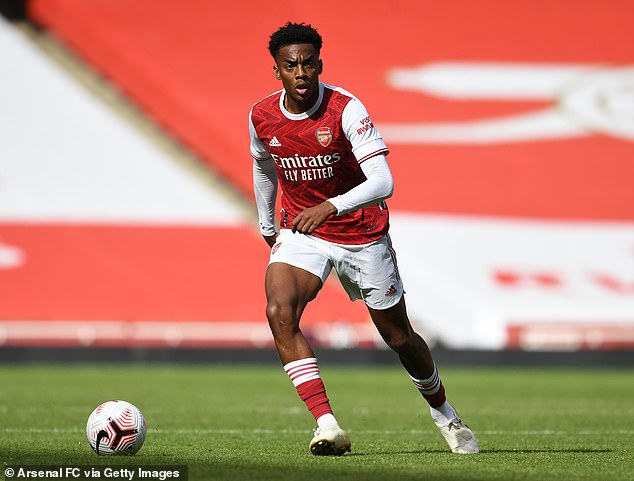 ‘There are lots of conversations to be had. I think he has thoroughly enjoyed it here and certainly the adulation he received last week after scoring the winner. He has scored three big goals for us since he’s been here. Why wouldn’t I want to sign him?

‘He gives us a bit of pace, he’s athletic and he can score a goal. He’s got real pace, he’s arguably as quick as anyone we have got at the club.

‘We will have to have a conversation with Arsenal first. It’s a bit disrespectful of me to talk about him because he is still their player, but certainly, the move has helped him and it has helped us. If there is something that can be done [to sign him] I would love to do it.’