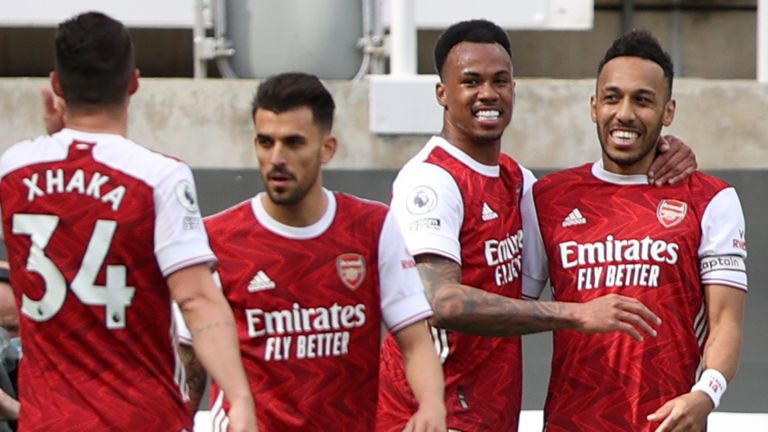 Arsenal returned to winning ways as goals from Mohamed Elneny and Pierre-Emerick Aubameyang secured a dominant 2-0 victory over Newcastle at St James’ Park.

Mohamed Elneny volleyed in his first Premier League goal inside five minutes before Aubameyang marked his first start since April 3 with the Gunners’ second midway through the second half.

Newcastle had moved to within touching distance of mathematical Premier League safety with a four-game unbeaten run before Arsenal’s trip to Tyneside but were completely outplayed, registering just a single attempt on target, before Fabian Schar’s late dismissal compounded a miserable outing for Steve Bruce’s side.

Arsenal’s first league win in three lifts them up to ninth and provides a timely boost ahead of Thursday’s Europa League showdown with Villarreal, while Newcastle stay 17th, nine points clear of the relegation zone with four games remaining. 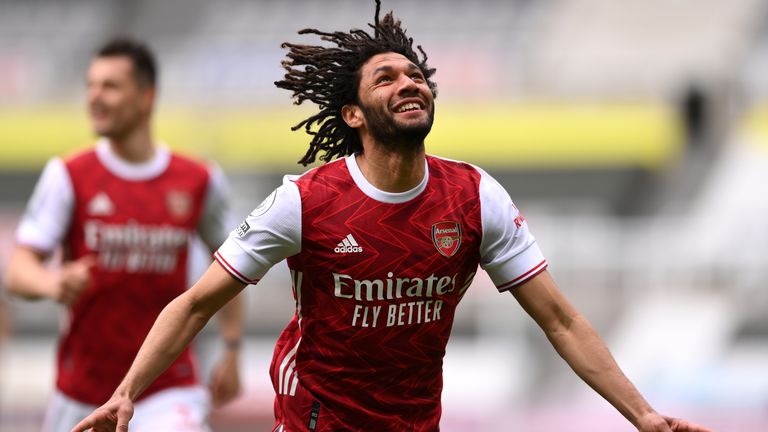 Mikel Arteta left no room for doubt that salvaging Arsenal’s season in Thursday’s Europa League semi-final second leg against Villarreal was the priority as he made eight changes from midweek first-leg defeat.

But instead of weakening his side, Arteta’s alterations inspired Arsenal to a dominant first-half performance which was capped with the opener inside five minutes.

Pierre-Emerick Aubameyang should have delivered it on his return to the Arsenal starting line-up but his mis-hit from Hector Bellerin’s cross turned the ball into the path of Elneny, who volleyed in his first Premier League goal for the Gunners at the 66th attempt.

Arsenal’s breakthrough momentarily sparked Newcastle into life and they almost equalised on 18 minutes when Allan Saint-Maximin’s scuffed shot looked set to loop in, but Mat Ryan scrambled back in time to tip it over and the Magpies wouldn’t register another attempt on target in the half.

Instead, Arsenal peppered the Newcastle goal in search of a second, with Granit Xhaka’s left-footed thunderbolt forcing a fine save from Martin Dubravka before Miguel Almiron prevented Elneny heading in his second from a corner with a brilliant goal-line clearance.

A tactical alternation shifted Newcastle further up the field after the break and the hosts were more competitive, but the better chances continued to fall for Arsenal, with Gabriel Magalhaes heading a glorious opportunity over on 63 minutes. 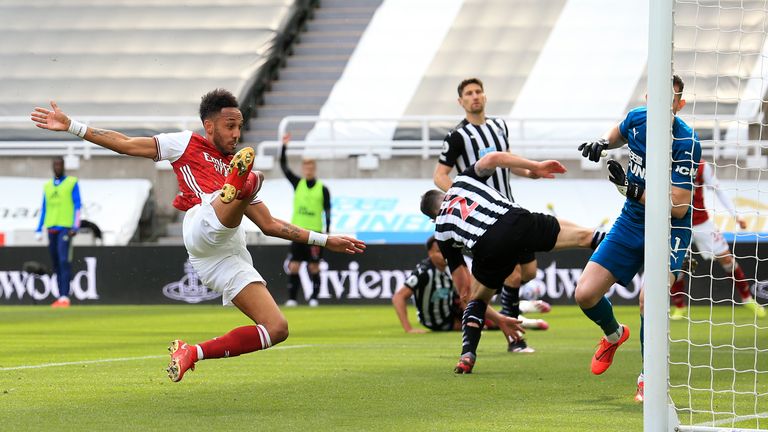 But Arsenal’s second soon came in emphatic style as a flowing one-touch move ended with Gabriel Martinelli exquisitely finding Aubameyang at the back post to volley in his first goal since March 6.

Jonjo Shelvey’s blocked shot from distance was a close as Newcastle came to salvaging something from the game, and things went from bad to worse in stoppage time when Schar, making his first appearance since February 6, was given his marching orders for a rash lunge on Martinelli.