Manchester United’s bubble after a recent comeback victory over Italian giants Juventus was firmly burst on Sunday as they were outclassed against bitter rivals City at the Etihad.

Jose Mourinho’s side only managed a single shot on target in a 3-1 defeat, which turned out to be a penalty kick which Anthony Martial slotted into the corner.

Pep Guardiola ensured his side denied United the opportunity to pull off a comeback, as they did at the stadium in the same fixture back in April. 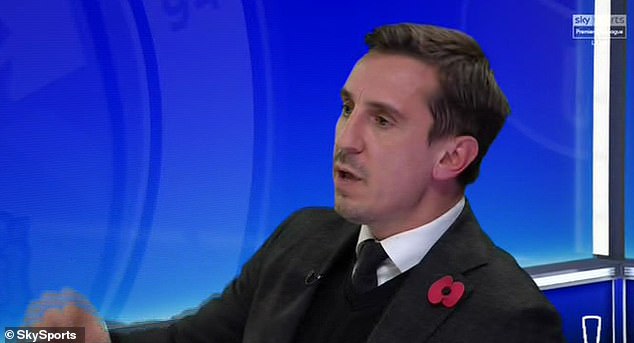 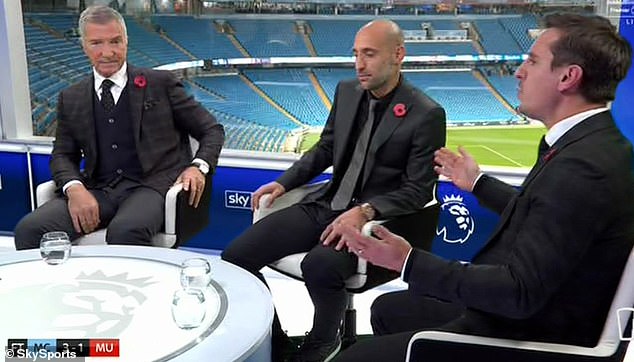 City dug in and a late goal from Ilkay Gundogan cemented their dominance and killed off the tie in one fell swoop.

Following the final whistle, pundit Graeme Souness slammed United for offering ‘nothing’ in the attacking third, before putting one pivotal question to his colleague Gary Neville.

Souness asked Neville whether Mourinho is getting enough out of the current United team by means of progress and development.

The full exchange between the two football experts can be read in full below:

Neville: ‘There is not just one piece of the jigsaw or one answer at Manchester United here, where they can say this is what we need and all of sudden they are going to win the league. The jigsaw is half empty, but the problem is at the moment when you’re looking at it, you’re not quite sure what pieces are missing and that’s something the board, the owners, the senior recruiters, the coach, they have got to sit down and say how do we build a title winning team. You build a title winning team Graeme by keeping clean sheets.

Souness: ‘You don’t know and you’ve watched that football game today. As a Man United supporter you think that’s acceptable?

Neville: ‘No, I don’t think it’s acceptable in any way shape or form.’

Souness: ‘So I will come back to the question again, do you feel he’s getting the best out of the players?’ 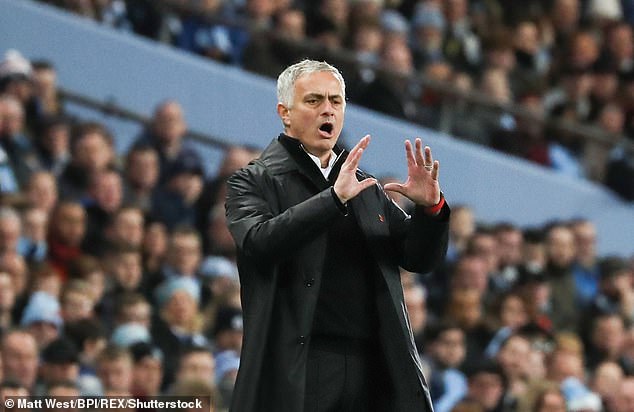 Mourinho was constantly barking commands to his players, but it didn’t seem to do the trick

Neville: ‘Graeme, I’ll ask you the question, who would he have put in midfield today out of the players that he’s got that would have improved it?’

Souness: ‘No, that’s getting into the specifics. You look at the players that play for Manchester United and their group of players. Think of Sanchez for argument’s sake. Is he playing anything like he was at Arsenal? The answer is no, a big no. Think of, is Rashford playing like he should, is Lukaku, is Pogba. So I think the answer is a no they are not getting the best out of those group of players.’

Souness: ‘Come back to my question. I feel like its question time, are they getting the best out of those group of players?’

Neville: ‘I’ll answer it the same again, I don’t know. Because I’ve seen them under Louis Van Gaal a lot of these players, hang on, I saw them and I didn’t like what I saw and he was a coach. At this moment in time, Manchester United don’t look like they can win a game proactively. They finished second last season, the best since Sir Alex Ferguson finished. I’m not defending Jose Mourinho, could the manager get more out of them? Maybe. Maybe not. I don’t know if the players are good enough, Graeme, I haven’t got a clue.

Souness: ‘They have been top players at other clubs.’

Neville: ‘Do you think they’re good enough, Graeme? Have they? Martial hasn’t been a top player at another club.’

Souness: ‘Most people would say Sanchez was, he can perform much better.’

Neville: ‘Let’s go through them one by one.’

Neville: ‘Lukaku hasn’t been a top player at Everton.’

Souness: ‘I think he was showing more at Everton than what he is at United.’

Neville: ‘He went missing in every big game at Everton.’

Souness: ‘I think Martial, there is a real player in Martial.’

Souness: ‘And I think Rashford is better than what he is showing.’

Neville: ‘Look if you asked me: “Is Ashley Young playing the best he could play?” Yeah. “Is this the Chris Smalling we have seen for the last few years?” yeah. Lindelof is playing better than he has ever played. De Gea’s not, De Gea’s not. Matic, Graeme to be fair I look at it and it’s so confusing when you watch Manchester United it’s so confusing because, what would you change? If you were going in there as the manager tomorrow what would you change?’

Souness: ‘I would ask the players for starters, the midfielder players to start playing one or two touch, I think you don’t want to be a striker in that team.’

Neville: ‘Do you think they can play one or touch Herrera and Fellaini?’

Souness: ‘Well I would be demanding it.’

Neville: ‘Fellaini can’t play one or two touch in midfield.’