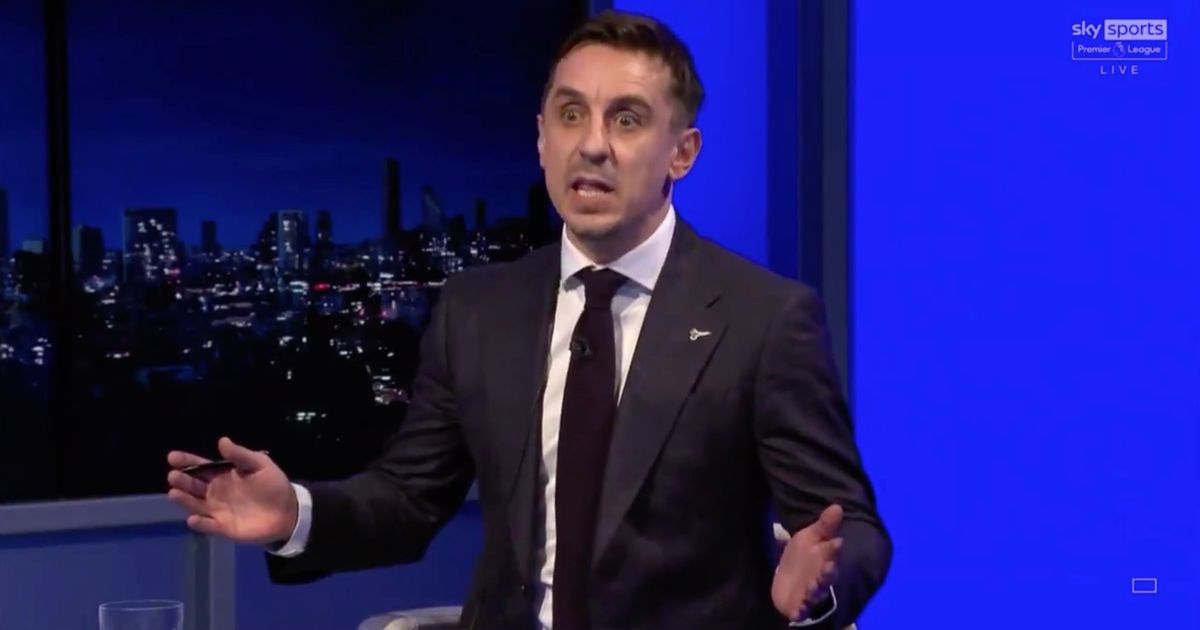 Gary Neville has created a WhatsApp group and invited rival pundits as he looks to continue his fight against the Big Six.

It comes in light of the shocking scenes witnessed at Old Trafford on Sunday where over 200 fans stormed the pitch.

With further demonstrations going on outside, both Manchester United and Liverpool were prevented from playing.

Along with the Premier League and the police, the decision was made the postpone the match.

Fans protested against the ownership of the Glazers at United, sparked by the recent plans to move into a European Super League.

Though the club have since revoked their interest in joining the competition, the bad blood is still there.

And Neville has been particularly vocal in his condemnation of the Red Devils, as well as the other five Premier League clubs who looked to break away.

According to the Daily Mail, the Sky Sports pundit has taken another step forward in his battle after creating a WhatsApp group.

Presenter Jake Humphrey has also been included, as well as his Sky Sports pal Jamie Carragher.

Neville is aiming to unify the media in their attempts to prevent a future move to abandon traditional competitions and preserve the Premier League.

The former United star has often noted the need to 'mobilise' and take the battle to the Big Six owners and tackle their greed.

A call has already taken place with those in the group and another is planned for Tuesday to discuss what the media can further do.

Both Sky Sports and BT Sport have had several pundits denouncing the aims of the now-defunct Super League.

It has said to have had a major impact on the clubs, who all decided to pull out of plans to break away and form their own competition.

Coupled with the threats of punishment from UEFA and overwhelming disgust from supporters, it led to the European Super League all but being abandoned with 48 hours of its announcement.