Neil Warnock must have thought that after a lifetime in football and four decades in management he had seen and done it all.

But in football, as in life, you never stop learning and never stop being faced by new challenges. In late September, just shy of his 1,500th game in management, Warnock was forced to miss two Championship games in charge of Middlesbrough after testing positive for coronavirus.

Unsurprisingly for a man who thrives off a matchday, it wasn’t a time he particularly cherished as he sat at home to watch his side play out back-to-back 1-1 draws at home to Bournemouth, and at former club QPR.

“It wasn’t enjoyable if I’m honest,” he tells Sky Sports after winning the Sky Bet Championship Manager of the Month award for October.

“I wasn’t feeling well at the same time. The Bournemouth game was frustrating because we played so well and they went ahead via a deflection, and it looked like we wouldn’t get anything. But Kevin Blackwell and Ronnie Jepson were on the touchline, and we stuck at it and got a point.

“I probably could have gone down to the QPR game, but I decided against it. I was still a little bit tired, and I didn’t think it was worth all the travelling and staying in hotels.

“Watching the game on a screen you don’t see the whole picture. You can see parts of it but you can’t really see the wider picture of who is making runs or not getting involved, it’s nothing like being on the bench.

“I would have missed it more if the fans were in, because I had such a great time at QPR. Same at Cardiff.” 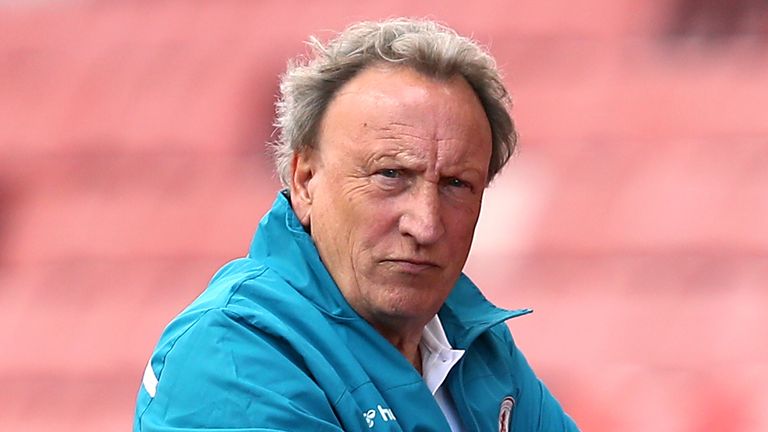 At 71, Warnock is nothing short of a legendary figure in the English game. There is hardly a fan base out there that doesn’t have some strong feeling towards him – either positive or negative.

He misses them as much, if not more, than anyone. But empty stadiums haven’t forced him to change his touchline style yet. He is so happy with his side there isn’t much he needs to say on the sidelines that he is worried about anyone overhearing.

“I thrive on supporters, even the away fans giving me stick,” he continues. “It’s something I’ve loved for my whole career so it has been strange in that respect, but the players have played so well for me this season and I’m enjoying how we play, so I’ve not had to to do an awful lot of shouting! Most of that has been done on the training ground.”

He did, however, opt to deliver some words via Zoom during those two games he was absent from. Something made a lot easier by the group of players he currently has to work with at Middlesbrough, who have clearly bought into his methods since he took over in June – helping steer them away from relegation last season, and into the battle for the top six so far this campaign.

“It was easy [to do the team talks] because we have such a great group of lads and everybody wants to listen,” Warnock says. “In every other dressing room I’ve been in there’s always three or four with their heads down, but we haven’t got enough players in the squad here for them to get away with that! We’ve only got about 18.

“Everyone is keen to listen, and people are playing in different positions to help out with the numbers. The way they’ve all got together as a group, I can’t stress how much I’m enjoying working with them.” 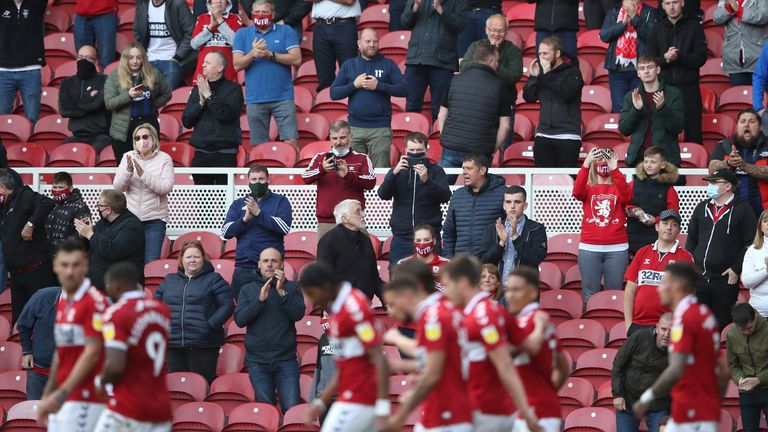 And the work he has done with Middlesbrough so far has been impressive. They don’t score a huge amount, but they don’t concede a lot either.

In 11 games this season they have notched just nine goals, but shipped just five at the other end. Three games already have ended in goalless draws.

Despite some criticism, Warnock insists they have been playing good football, and their league position offers some justification to his words. They are currently seventh in the Championship table.

“Up here we’ve had one or two saying we aren’t scoring enough goals, but the results have been very, very good,” he says.

“The teams we’ve played against this season, there have been other managers who have accused us of being a long-ball side, but they’ve been even more long ball than we have. They just say it because they know they can get away with it. I think we’ve played some cracking football this season, and it’s just a little bit of bitterness from people.

“We haven’t set out to be defensive, I want my centre-halves to come forward and attack. We’ve not scored enough goals, but we’ve had chances, probably more than our opponents in every game this season. But it’s important that if you can’t score that you have to keep a clean sheet.” 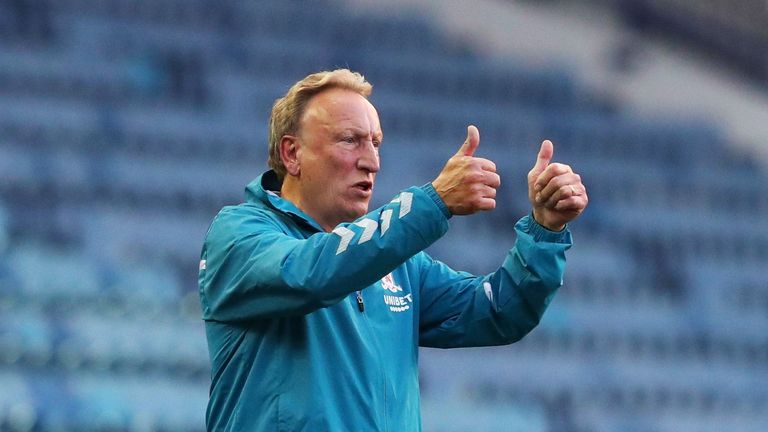 It is what Warnock does. He took over the side in 21st in the Championship in June with eight games to go, took them to safety, and is now taking them up the table.

One thing that drives him is proving people wrong, another is working with players on the training pitch to get the best out of them.

“When I came into the club there were two or three players who, after a couple of weeks of training, I thought I’d have to get rid of – they’re no good,” he says. “But they’re my best players now!

“That’s what I enjoy in management. When I see players change so much in the space of a few months. And they’ll keep it now, they never go backwards because the things they’ve learned now will always be with them. When I do retire that’s one of the things I’ll look back at with a lot of pride.”

It was the promise of one more big challenge that lured Warnock out of another retirement earlier this year, and also the chance to work with Middlesbrough chairman Steve Gibson.

“I never would have come back for anyone else,” he says. “He rang me and asked if I could come and help out. I asked when and he said ‘now’. I told him I needed to speak to my wife first! But she was really supportive, and I got in the car straight away.

“I had talked to Steve over the last 20 years and often told him what he was missing! But we had never really got together. I wanted to show him what kind of manager I am, and I love working for him.

“I don’t have to worry about getting the sack, either. Because if we didn’t do well then we would jut call it a day. I like to think we are more friends than chairman and manager, and that doesn’t often happen in your career. He just lets me get on with it, and is probably quite happy that I haven’t spent much! I don’t moan much either – only occasionally.” 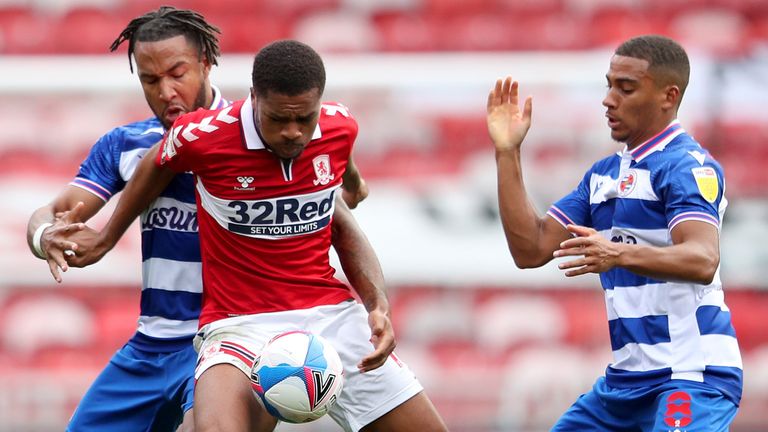 There will be no complaining either if Warnock keeps Middlesbrough on their current trajectory. Everyone in the Championship knows what he is capable of at this level, and no one would back against him earning an incredible ninth promotion in English football.

“If we had two injuries in our next game in the wrong position then we would be in trouble,” he says. “If we had no injuries I’d be very confident, but that doesn’t happen.

“The league is wide open, but there are teams who have come down from the Premier League with money and huge squads. Even clubs like Nottingham Forest have a squad with twice as many players as us! But that’s not always a good thing.

“Whatever happens, it will be a good challenge, and I’m really looking forward to it.”