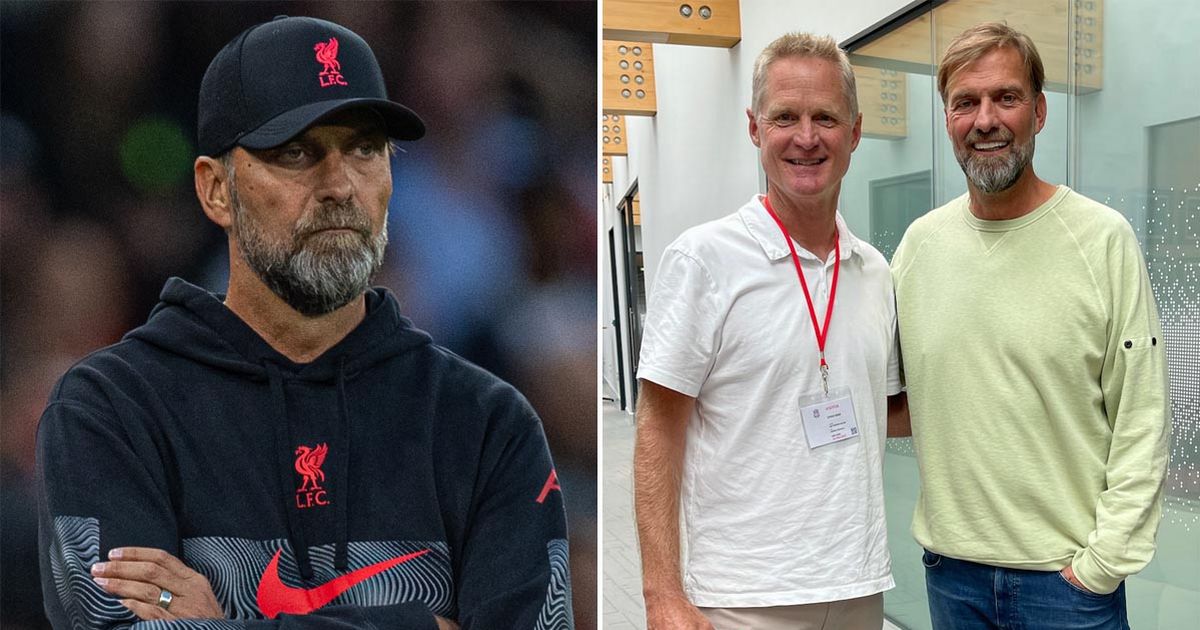 It's certainly not been the greatest start to the season for Jurgen Klopp and Liverpool, but NBA coach Steve Kerr has spoken highly of the German and sided with the boss to get through a "tough spell".

Kerr has just won his fourth NBA Championship with the Golden State Warriors, after MVP Stephen Curry produced the goods once again when it mattered most. And during a well earned summer break, Kerr visited Liverpool's AXA Training Centre and became extremely friendly with Klopp.

The 56-year-old is a known Liverpool fan after admitting Mohamed Salah converted him to become a Red. But now a bromance with Klopp could be on the cards, after offering the support to the German after witnessing a 'beautiful' training session this summer.

Kerr and Klopp have a lot in common, as both are managing one of the biggest clubs within their respected sport, and the pair have both experienced major success on the sidelines. But while GSW are yet to begin their NBA title defence, Liverpool have already fallen well behind Premier League champions Manchester City after a sloppy start.

They've made a losing start in the Champions League too, and even after seven successful years at Liverpool, some pressure is starting to mount for Klopp. But Kerr has jumped to his defence, and spoke about his experience watching on this summer.

"The way to approach tough spells — through total honesty with the team, communication and the constant themes of joy and competition. Their practice that day was a beautiful combination of all that.

Is Jurgen Klopp under any pressure at Liverpool? Let us know in the comments section.

"Manager is a much more apt title than head coach, because so much of what we do is manage," Kerr added. The former NBA star and current coach has loved Liverpool ever since Salah started to thrive following his move from Roma in 2017, and Kerr admitted this during his visit to Merseyside this summer.

"I started following the Premier League maybe five or six years ago and I had seen Mohamed Salah play and read about him. I was just so impressed by his character and what he had done in his hometown, helping to build a school.

"I knew how beloved he was in Egypt, so I said, ‘That’s my guy!’ I wanted to cheer for Mohamed Salah and when I found out he played for Liverpool I said, ‘OK, that’s my team!’ So, I’ve been a Liverpool fan ever since."