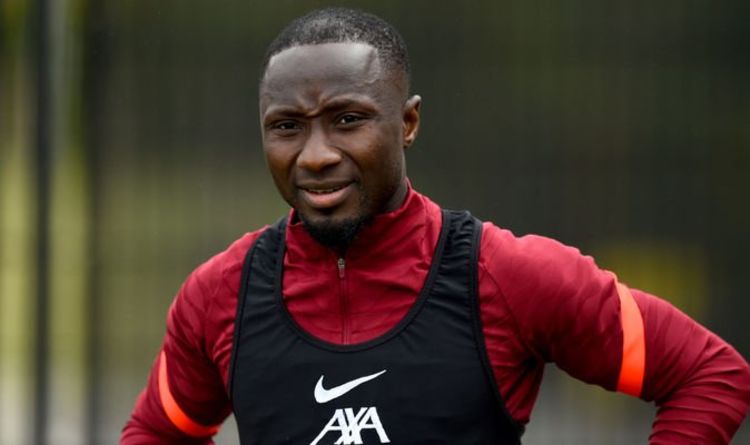 Liverpool star Naby Keita is currently trapped in Guinea as armed forces launched a violent coup to seize power from President Alpha Conde. The Merseyside club are reportedly in constant communication with their midfielder, who they believe is ‘safe and well cared for’ despite hours of gunfire around the Presidential Palace.

Guinea were due to face Morocco in a World Cup qualifier on Monday, although the tie has understandably been postponed.

The Moroccan team were also stranded in the capital of Conakry until negotiations led to their permitted departure from the country on Monday.

With soldiers claiming they have successfully clinched power and the defence ministry claiming the opposite, the borders remain closed and Guinea’s situation remains chaotic.

According to The Telegraph, Liverpool are in constant communication with Keita as they attempt to orchestrate his return to England.

A club spokesperson told PA: “We are in constant contact with Naby and have had regular communication via his national team management.

“We are satisfied that he is safe and well cared for.

“Obviously the situation is fluid and we will maintain regular dialogue with the relevant authorities as we work to get Naby back to Liverpool in a timely and secure manner.”

Keita, who has earned 41 caps for Guinea so far in his career, is set for a more prominent role at Anfield this season after the departure of Gini Wijnaldum in the summer.

After an injury-hit few years since signing for the Reds in 2018, the midfielder has featured in two of Liverpool’s three Premier League outings thus far.

Whether he will return in time to feature against Leeds on Sunday is currently up in the air.

Morocco’s squad were also stranded in Conakry until earlier today, with stars like Achraf Hakimi and Romain Saiss unable to flee until permission was granted.

Eventually, embassy-level negotiation yielded an escorted trip to the airport so they could return home.

Boss Vahid Halilhodzic described the scenes before they were allowed to leave in an interview with L’Equipe: “We are at the hotel, we hear gunshots nearby all day.

“We are waiting for permission to go to the airport, for the moment we are stranded.

“A plane is waiting for us, but we are not allowed to leave. And to get to the airport, it takes 45 minutes, an hour.

“When you hear gunshots outside, safety is not 100% guaranteed.”