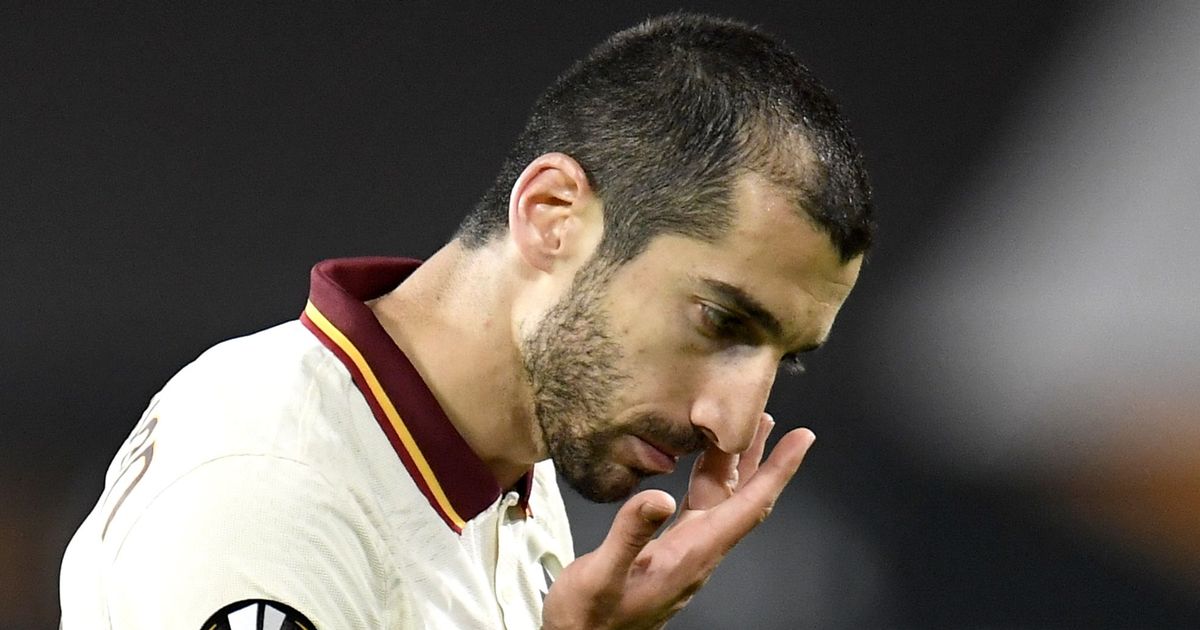 Jose Mourinho could be set for an uncomfortable reunion with Henrikh Mkhitaryan at Roma after he didn't exactly bid him a loving farewell from Manchester United.

Mkhitaryan failed to hit the heights under the Portuguese at Old Trafford, often struggling to hold down a place in Mourinho's team after he joined from Borussia Dortmund in 2016.

Just 18 months after he signed he was shipped off to Arsenal in a swap deal for Alexis Sanchez, and Mourinho – who has agreed to become the new Roma boss from the start of next season – seemed to be more than happy to let him go.

Speaking to Gary Lineker on The Premier League Show in the summer of 2018, Mourinho said Mkhitaryan couldn't deal with his methods of squad rotation.

“It is not hard, it is impossible," said Mourinho when discussing how to keep players happy when they aren't playing.

“It depends on the nature of the player.

“The way Mhki dealt with it, is different to other players.

“He realised he was not ready for this reality – physical, mental, competitiveness.

“Also his body, to adapt to that intensity with little time to recover from match to match, is hard.”

It seems as though the feeling is mutual between Mourinho and the Armenian, who just last month explained how happy he was to get away from the "difficult" boss, even though he lifted the Europa League, League Cup and Community Shield under him.

Asked if Mourinho was a tough boss, he told Forza Roma : “Yes, I could say yes.

“He’s a winner by nature. He wants you to win and you do what he asks you.

“It’s difficult for anyone. There have been differences and conflicts, but they have not had a strong impact on good work and the three trophies won.”