‘He has to have a good look at himself about where he is and what he is saying’: Jose Mourinho warned he could lose Tottenham dressing room after his ‘lazy’ jibe as Teddy Sheringham questions his tactics following alarming Everton defeat

Teddy Sheringham has urged Jose Mourinho to be careful not to lose the Tottenham dressing room quickly as the former Spurs forward questioned his tactics after their opening-day loss to Everton.

Tottenham’s Premier League campaign got off to the worst start possible after going down 1-0 to Everton at home. Afterwards, Mourinho hit out at his side for their ‘lazy pressure’ against the Toffees.

Sportsmail revealed that Mourinho’s jibe had split his Tottenham squad, and Sheringham is wary that the Portuguese boss could soon be fighting a losing battle in north London if he isn’t careful – just like he did at Chelsea and Manchester United. 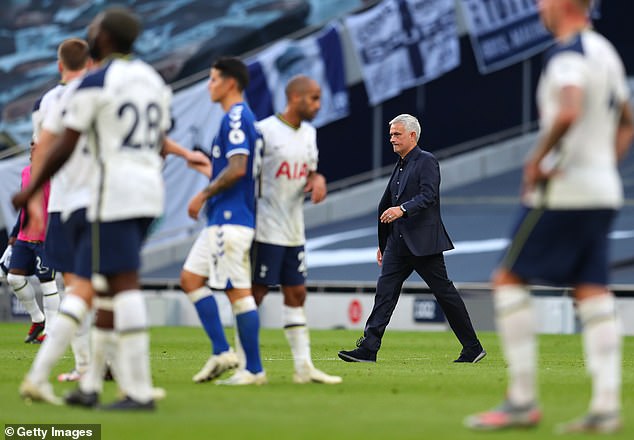 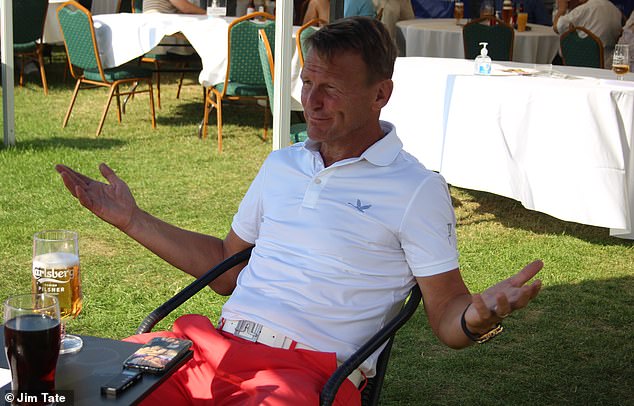 Sheringham, speaking at Maurice Newman’s charity golf day in aid of Great Ormond Street hospital in Essex, told Sportsmail: ‘I think you have to be careful that you don’t lose the dressing room very very quickly.

‘And we’ve seen that he has done that in his last couple of jobs at Chelsea and Man United so he has got a tough job on his hands.

‘He has to have a good look at himself about where he is and what he is saying to the press. Otherwise it could be a problem again.’

Sheringham, who featured 248 times for Tottenham while scoring 103 goals over two spells at the club, also insisted that the current Spurs crop are not lazy but instead questioned Mourinho’s tactics against Everton.

The former England international added: ‘Players aren’t lazy in general. I had this many times with England when top European teams came to Wembley and passed the ball around us. Everyone was trying hard but your tactics are wrong and you are just off the pace, and you want to get close to someone and they pop it around you. 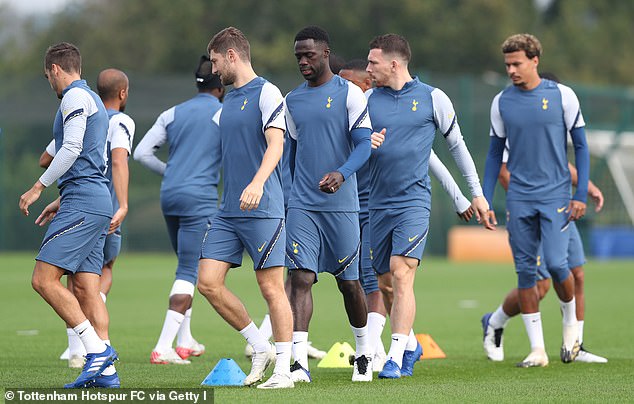 ‘But you’re not, it’s just the tactics are just not spot on and I think that’s where Tottenham were the other day. It’s first game of the season, it’s very harsh. They could play on the weekend and get their tactics right and look fantastic.

‘So it could easily change but from one game, and the way Mourinho spoke about his players, I wasn’t overly-excited about how he – not pushed his players under the bus – but distanced himself from what the problem was.’

Mourinho and Co will be desperate to put the opening-day disappointment behind them in the Premier League when they take on Southampton away on Sunday.

And they have been given a huge boost heading into the weekend’s action as Gareth Bale is set for an incredible loan return to north London.

The Wales international has agreed terms on a year-long deal that Sportsmail understands to be worth more than £13million – part of which will be financed by Real Madrid.

Maurice Newman has been raising vital funds for the Great Ormond Street Hospital for over 50 years. Click HERE to donate. 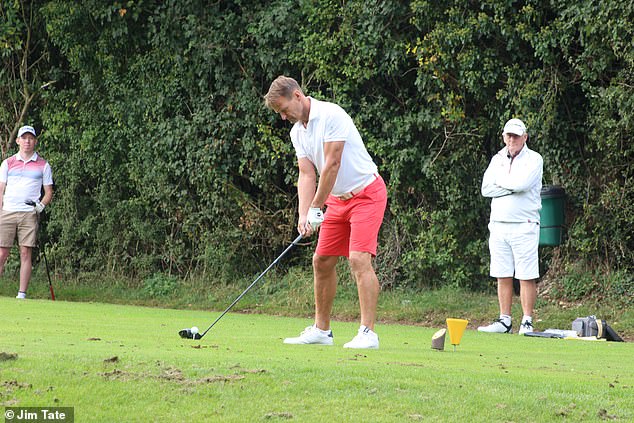