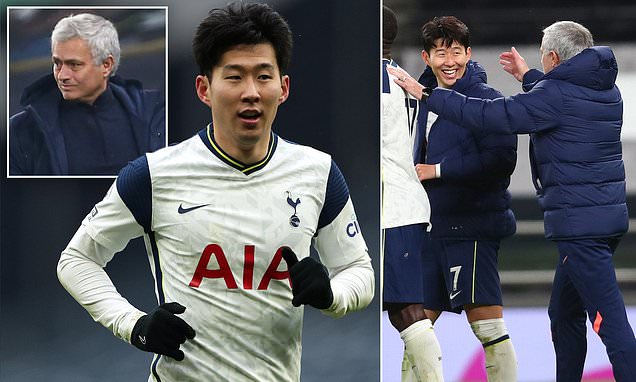 Jose Mourinho remains confident Son Heung-min WILL sign new £200,000-per-week deal ‘when the sun shines again for the world’ and the pandemic eases after contract talks were put on hold due to financial uncertainty caused by coronavirus

As revealed by Sportsmail in October, Spurs began initial talks with the South Korean superstar about securing his long-term future with the club by offering him new and improved terms.

Talk of a new deal for Son led Mourinho to say that the winger was set to become ‘part of the furniture’ at Spurs soon after, with both parties wanting to make the renewal a reality. 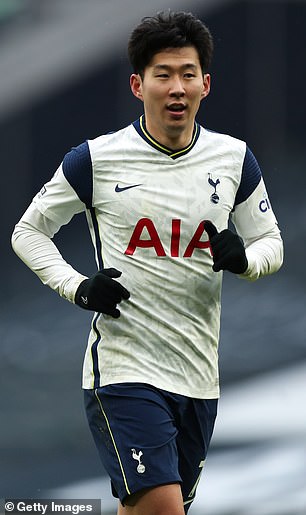 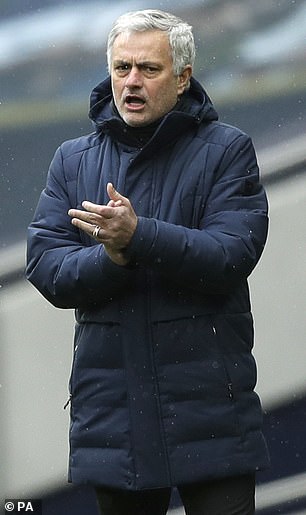 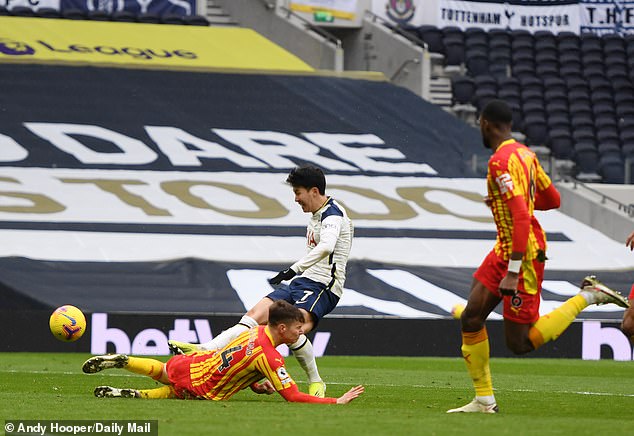 However, as of last month, Spurs temporarily shelved plans to offer Son and Harry Kane new and improved terms until they have a clearer picture of their financial position amid the ongoing coronavirus crisis.

With the club’s revenues decimated by the pandemic, the decision to hold off on contract talks will have been alarming to Spurs fans who will be desperate to tie down the duo to long-term contracts.

But despite the delay in talks, Mourinho believes Son will extend his deal past 2023 ‘when the sun shines again on the world’.

Speaking after Son netted his 13th goal of the season in the 2-0 win over West Brom, Mourinho said: ‘Son is not a problem, he has a contract still for a couple of years if I am not wrong, maybe even three. I believe, just to wait for the right moment to do it. 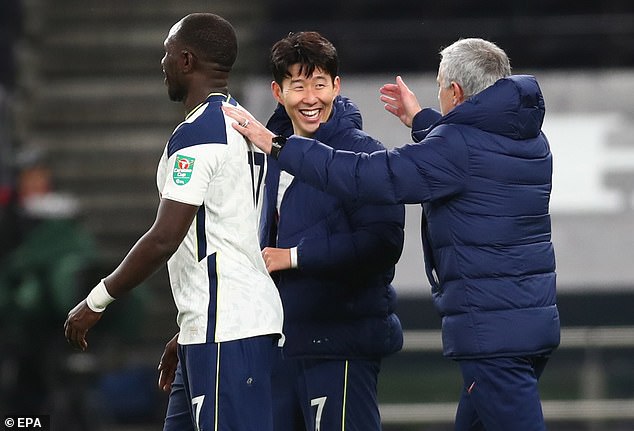 After initial contract talks were shelved due to financial uncertainty last month, Mourinho (R) insists a new deal will be agreed for Son (middle) ‘once the sun shines again on the world’

‘Probably this situation with the world where we are, the covid situation, I do not think it is the right moment for players and clubs to discuss contracts with so many people losing jobs and not working and difficulties.

‘I believe that when the sun shines again for the world, I believe the club and Sonny they are going to arrive quite easily to a conclusion.’

Son has underlined his importance to Spurs this season with stunning performances and helped them reach the Carabao Cup final, while his 18 goals in all competitions have helped propel them up the table before their recent slump in form.