Monaco 0-4 Club Bruges: More frustration for Thierry Henry as wait for first win continues and his side edge closer to Champions League exit

Monaco were handed a humiliating defeat on Tuesday that all but ended the club’s Champions League campaign on as Thierry Henry once again failed to secure a maiden win as coach.

Monaco, a semifinalist in 2017, slumped to a 4-0 home loss to Club Bruges, who registered their first win in four Group A matches.

Hans Vanaken scored twice for the Belgian team, Brazilian forward Wesley made it 3-0 and captain Ruud Vormer completed the rout. 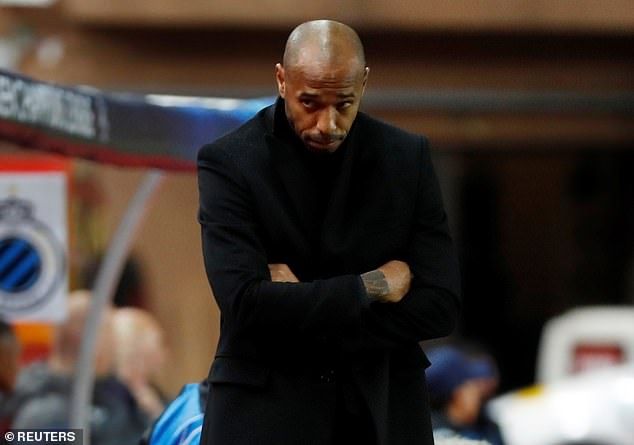 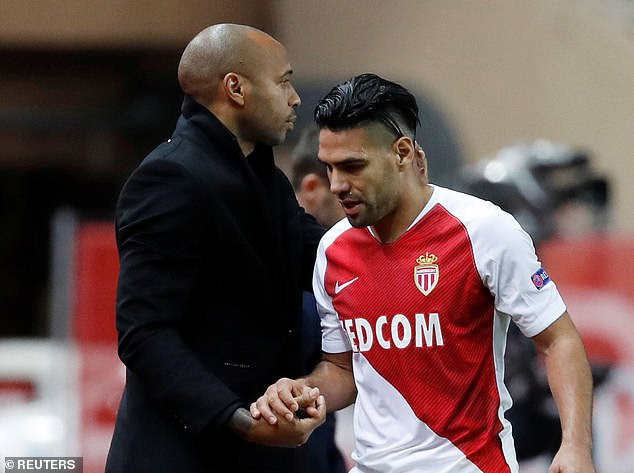 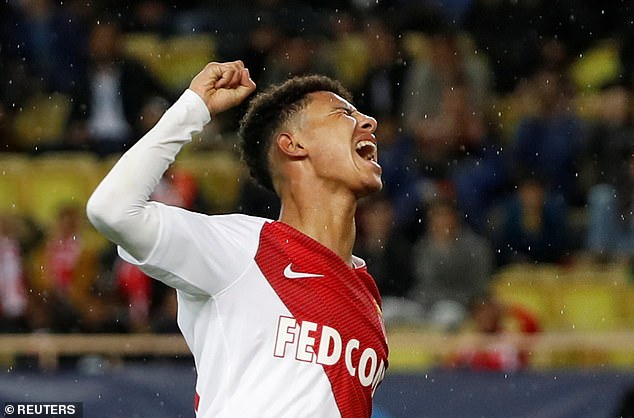 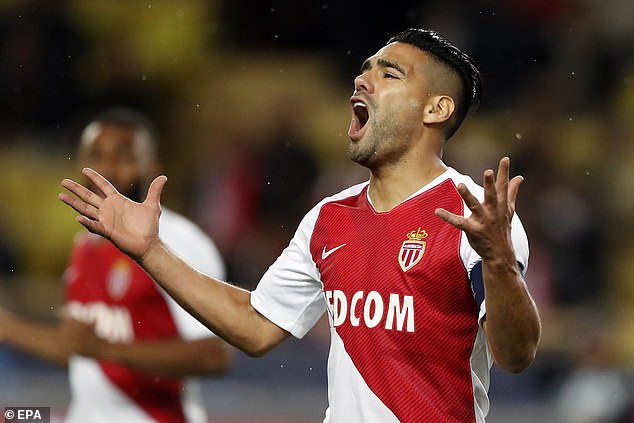 Winless in their last 15 matches in all competitions, Monaco will be eliminated if Atletico Madrid beat Borussia Dortmund in the group’s other match.

Henry was hired last month as a replacement for Leonardo Jardim but has yet to secure a win in five matches, with his team stuck in the relegation zone in the French league. The former World Cup winner is in his first managerial job after working as an assistant to Belgium coach Roberto Martinez. 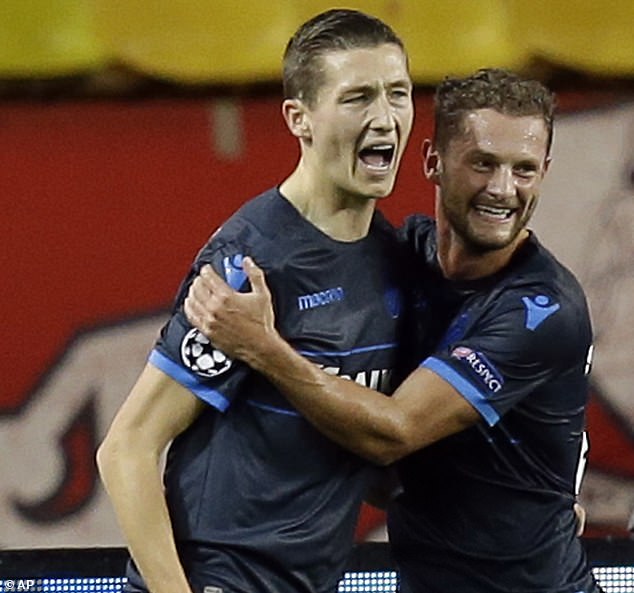 Hans Vanaken (left) celebrates after scoring a penalty; his second goal of the game 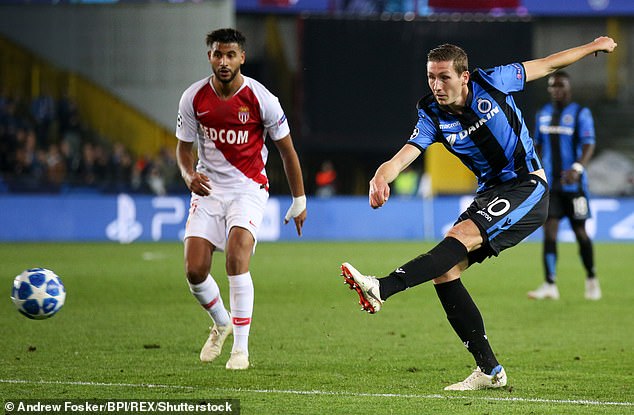 The strategy worked well in the early stages as Monaco created a couple of good chances but Bruges’ took the lead against the run of the play after only 12 minutes when Vanaken made the most of a cross from Mats Rits at the near post that Kamil Glik and Youssef Ait Bennasser failed to clear to beat goalkeeper Diego Benaglio.

Things soon got worse for Monaco as defender Antonio Barreca was penalized for a handball in the box and Vanaken converted from the spot with a well-taken penalty down the middle for his second goal in the space of six minutes.

Monaco pushed hard to reduce the gap but left their defense wide open. Bruges took advantage and made it 3-0 in the 24th when Wesley concluded a swift counterattack with a 20-meter strike into the net. Vormer slotted home Bruges’ fourth goal with five minutes left with a low shot.

Monaco have now failed to keep a clean sheet during their last 18 Champions League matches. 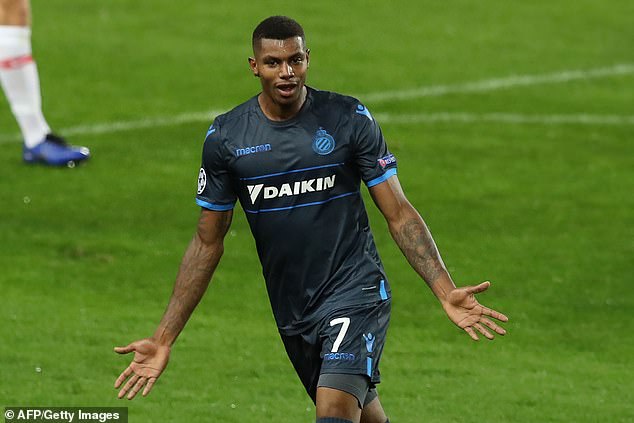 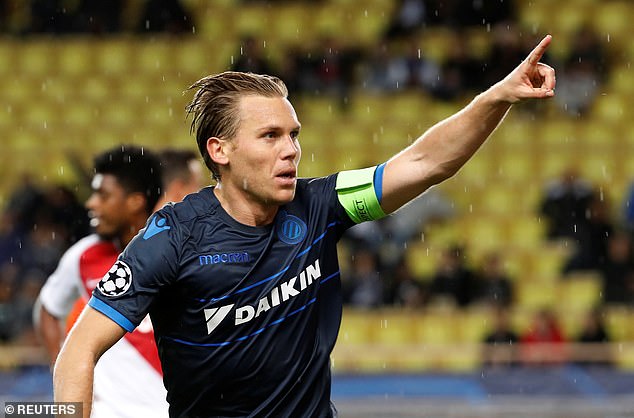 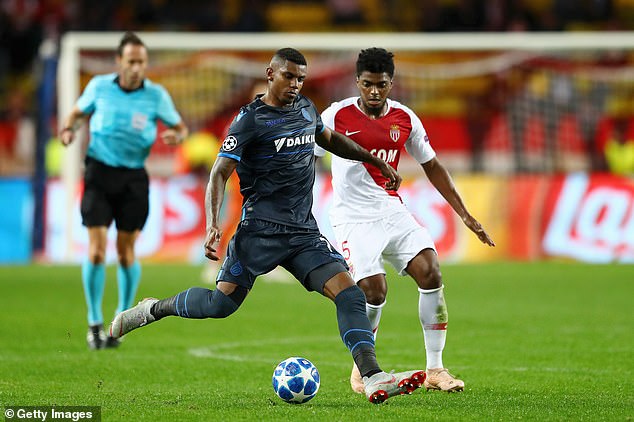