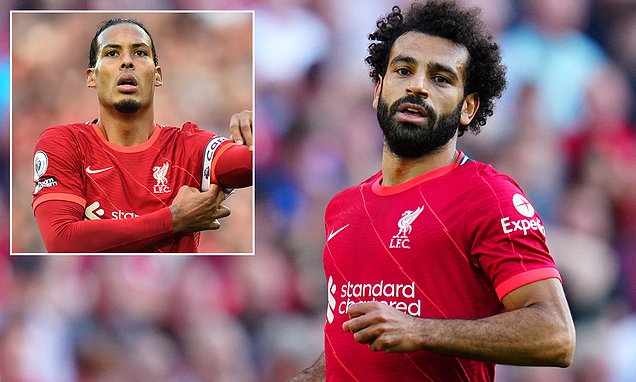 Mohamed Salah ‘wants Liverpool to give him a £500,000-per-week deal’ to make him their highest-paid player, eclipsing Virgil van Dijk’s new £220,000-a-week contract, as club look to tie down another star

Mohamed Salah has demanded £500,000-a-week to become the last Liverpool star to commit his long-term future to the club, according to the Daily Mirror.

It comes after Reds boss Jurgen Klopp confirmed that the club are in talks to extend his contract, which has less than two years left to run.

The 29-year-old is already one of the highest earners at Anfield and a new deal would make him the best paid player in the club’s history, eclipsing Vigil Van Dijk’s new £220,000-a-week contract. 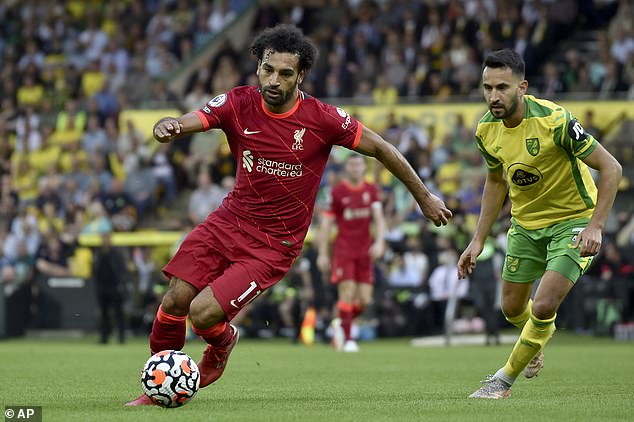 Klopp is anxious for Salah to follow the likes of Van Dijk, Trent Alexander-Arnold and Jordan Henderson in committing to the Anfield club

‘Mo is obviously in a really, really good moment football-wise, mood-wise,’ Klopp said. ‘How he behaves from the first day he came back has been absolutely great.

‘So we’re all adults, we’re all professionals. There are talks and there are more talks and when there is a final decision, we will tell you. Until then, it is only important how the parties work together in these things.’ 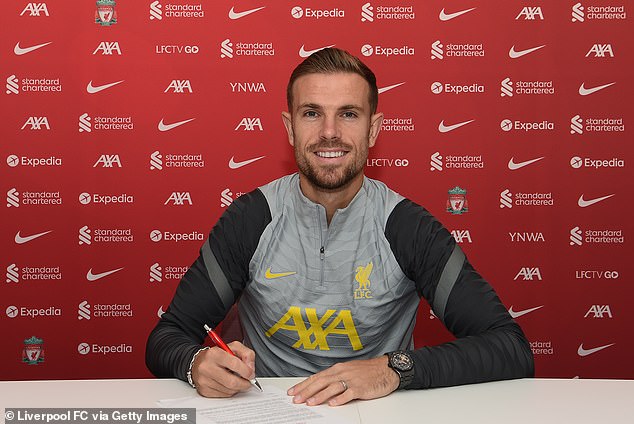 On Tuesday, Liverpool captain Jordan Henderson ended speculation over his future by signing a new long-term contract with the Reds.

Reports claimed at the start of the summer claimed that the 31-year-old was frustrated that an agreement over a new contract was not reached but the midfielder has now penned a new three-year deal at the club, with an option for a fourth.

Henderson has joined the likes of Virgil van Dijk, Fabinho, Andy Robertson and Trent Alexander-Arnold in committing to the Anfield club this summer via new long-term contracts. 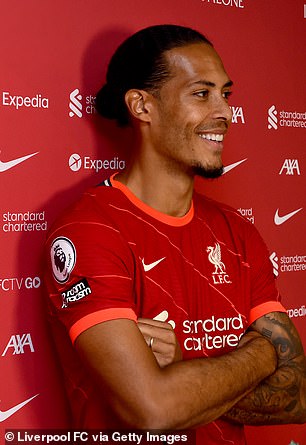 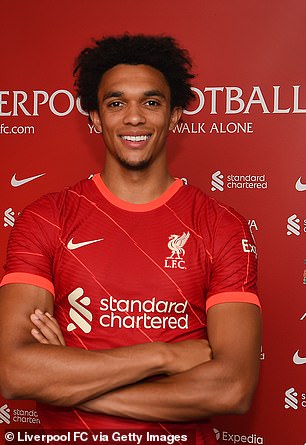 Defender Alexander-Arnold was the first to pen a new deal by signing a four-year extension in late July, and the England right-back’s statement of commitment was swiftly followed by a contract for Brazil midfielder Fabinho days later.

Goalkeeper Alisson also penned a new deal in the first week of July while Van Dijk also signed on the dotted line. There was also a new contract for Harvey Elliott, who has broken into the Liverpool first-team at the start of this season.

Scottish defender Robertson signed fresh terms last week running to 2026, but reports claim that sporting director Michael Edwards – who is behind most of these contract extensions – will be leaving at the end of this season. 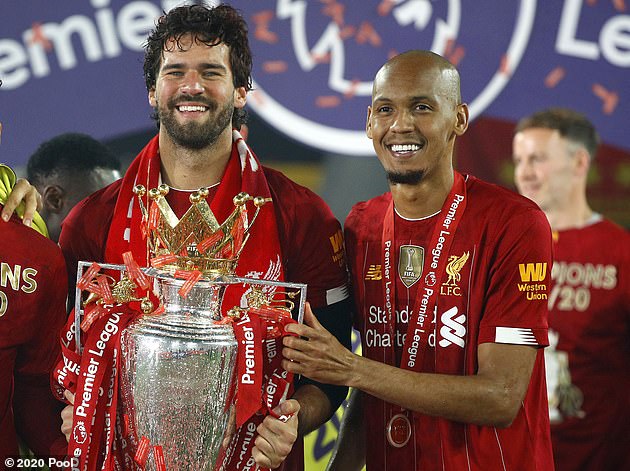