Mohamed Salah is this month’s cover star for men’s style magazine GQ, lining up alongside model Alessandra Ambrosio on the front of the company’s Middle East edition.

The Liverpool star sported black and cream suits in a photo shoot after being named GQ’s Man of The Year 2019.

Upon receiving the award, The Egyptian told GQ: ‘All my dreams and goals were to become a well-known professional, but I couldn’t imagine I’d reach the level I’m at now. 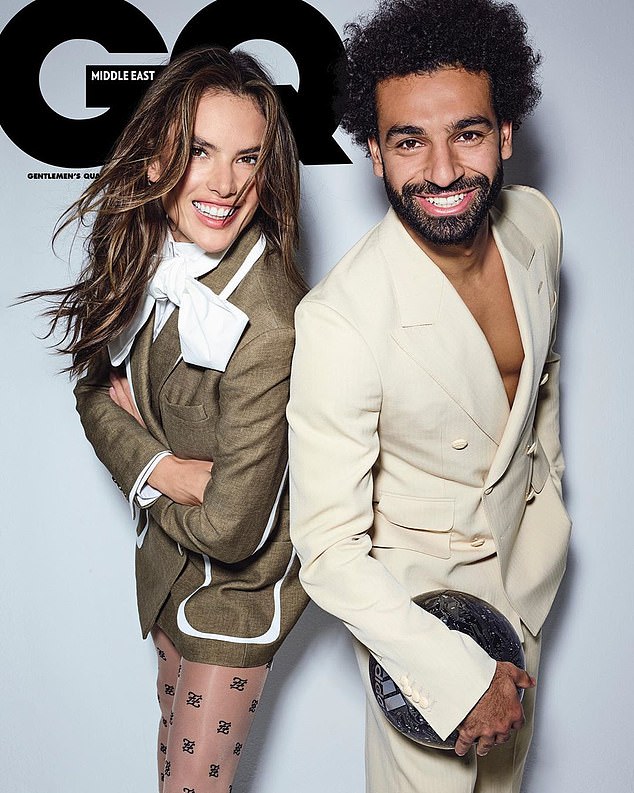 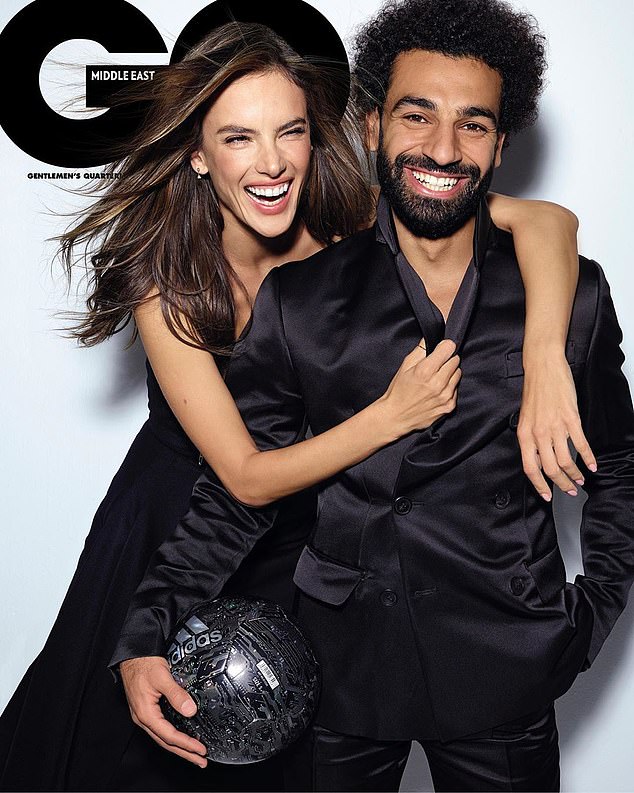 The Eyptian poses for the cameras alongside Brazilian model Alessandra Ambrosio

‘Every kid dreams of being on television, but then when I first made it, my targets changed. I wanted to become a professional abroad, and after that I wanted to be the best.’

On the field, Salah sustained a twisted ankle in last Saturday’s victory over Leicester but has a week to regain his fitness before their next match at Manchester United.

A scan revealed Salah, who had already been excused from international duty, had escaped serious injury and will continue to undergo treatment this week. 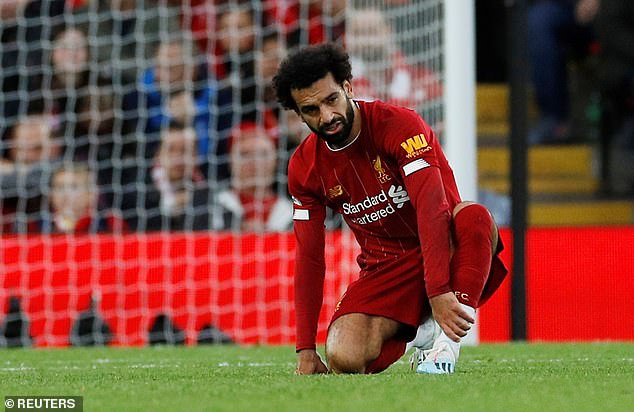 However, Liverpool insist it is too early to say whether he will be fit for the trip to Old Trafford on October 20.

The 27-year-old was forced off in the 2-1 win over the Foxes after being caught on the left ankle by a rash challenge from Hamza Choudhury.

The Leicester substitute was eventually booked for the foul by referee Chris Kavanagh.