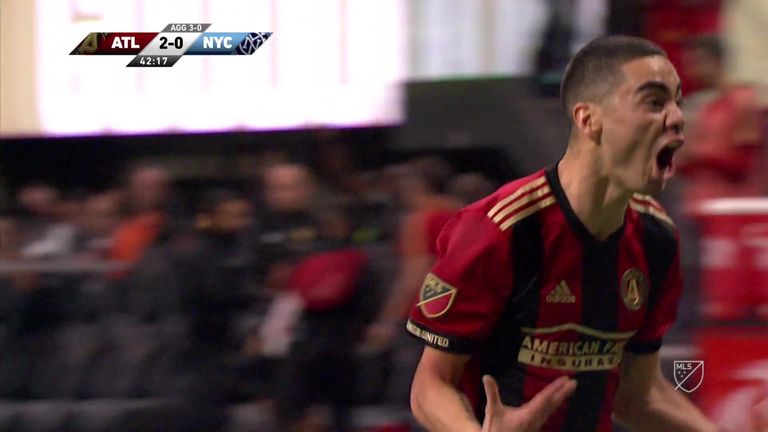 Royer then scored twice inside three minutes late in the second half as the Red Bulls clinched a 3-0 second-leg success.

They will face Atlanta United in the Eastern Conference final after they cruised to a 3-1 victory against New York City FC, thanks to two goals from Josef Martinez.

The Venezuelan opened the scoring with an outrageous 25th-minute penalty and, after Miguel Almiron had doubled United’s tally, he wrapped up the victory with the third seven minutes from time. 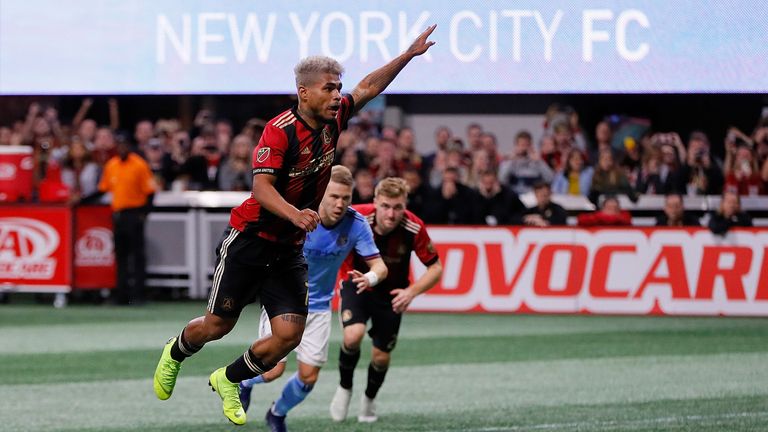 Maxime Chanot pulled a goal back for City on the stroke of half-time but it proved to be a consolation as Atlanta progressed into the MLS play-off finals for the very first time, 4-1 on aggregate.

Goals in each half from Hungarian striker Daniel Salloi made certain of the win for Kansas City, who are chasing a third MLS Cup following wins in 2000 and 2013.