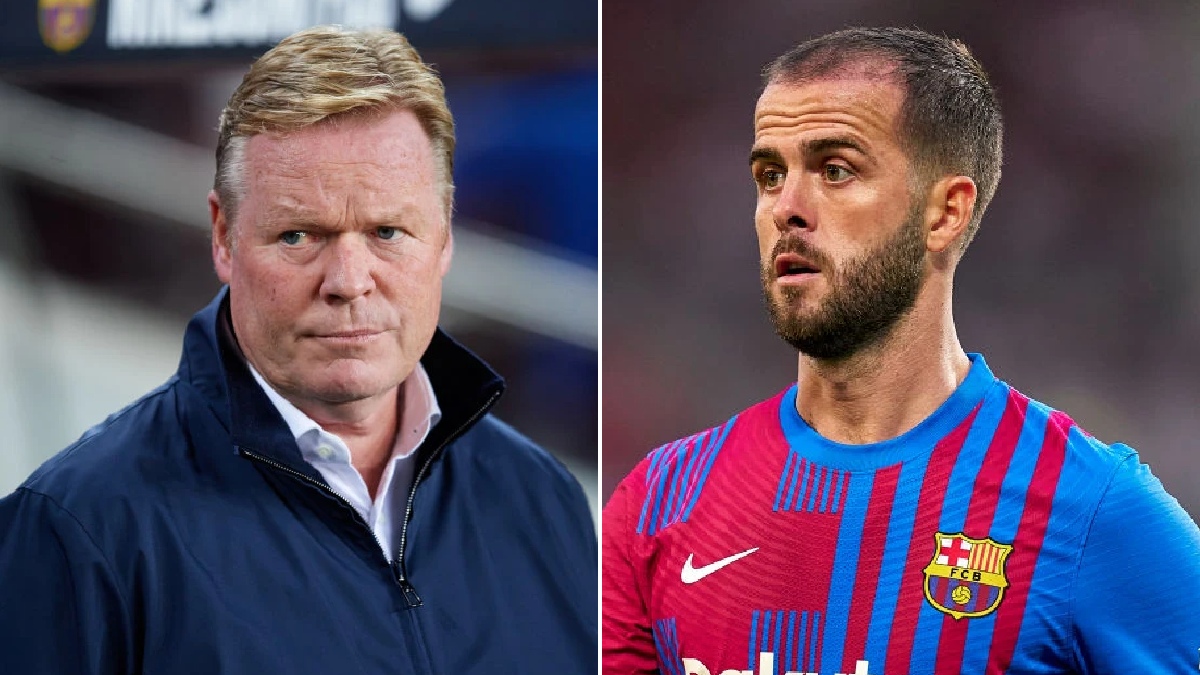 Miralem Pjanic appears to have taken a swipe at Ronald Koeman on Instagram following the Dutchman’s dismissal as Barcelona manager on Wednesday.

The Catalan club suffered a shock defeat against Rayo Vallecano which left the side in ninth place in the Liga table, having won just four of their opening 10 matches of the new campaign.

Koeman was axed shortly after the full-time whistle and Barca B coach Sergi Barjuan has been placed in charge on an interim basis until a new coach is appointed.

He will take charge of the side in Saturday’s clash against Alaves, though the club’s legendary former midfielder Xavi has agreed to become the new permanent manager and Barca are working to extract him from his contract with current club Al Sadd.

As well as overseeing poor performances on the pitch, Koeman also had a fructuous relationship with a number of Barcelona’s players off it too.

Luis Suarez was very critical of the former Everton and Southampton manager for the manner in which he was informed that he was surplus to requirements at Camp Nou, with Koeman telling him he would be offloaded in a 60-second phone call.

Similarly, midfielder Riqui Puig was on the periphery of the team throughout Koeman’s tenure while Bosnia international Pjanic was handed just six La Liga starts last season during an extremely frustrating campaign which ultimately saw him leave on loan to Besiktas over the summer.

But the 31-year-old appears to still be paying close attention to what is happening at Barcelona and uploaded a not-so-cryptic post to his Instagram stories in the aftermath of Koeman’s exit which simply read: ‘Know when to let that s*** go.’

The comment was taken as a clear dig at Koeman by Barca fans, with many supporters keen for the former Juventus maestro to be given a second chance at Camp Nou.

He has started the season in good form for the Turkish side and already has four assists from just seven games in the Super Lig and Champions League, also starring for his nation in their recent World Cup qualifiers.

Pjanic did not mince his words when asked about his relationship with Koeman last month, telling Tuttosport: ‘He had an attitude towards me that nobody understood. Not even Messi, who often asked me if something had happened with him. I couldn’t stay at Barcelona with Koeman. I would have lost a year and I wanted to play.’