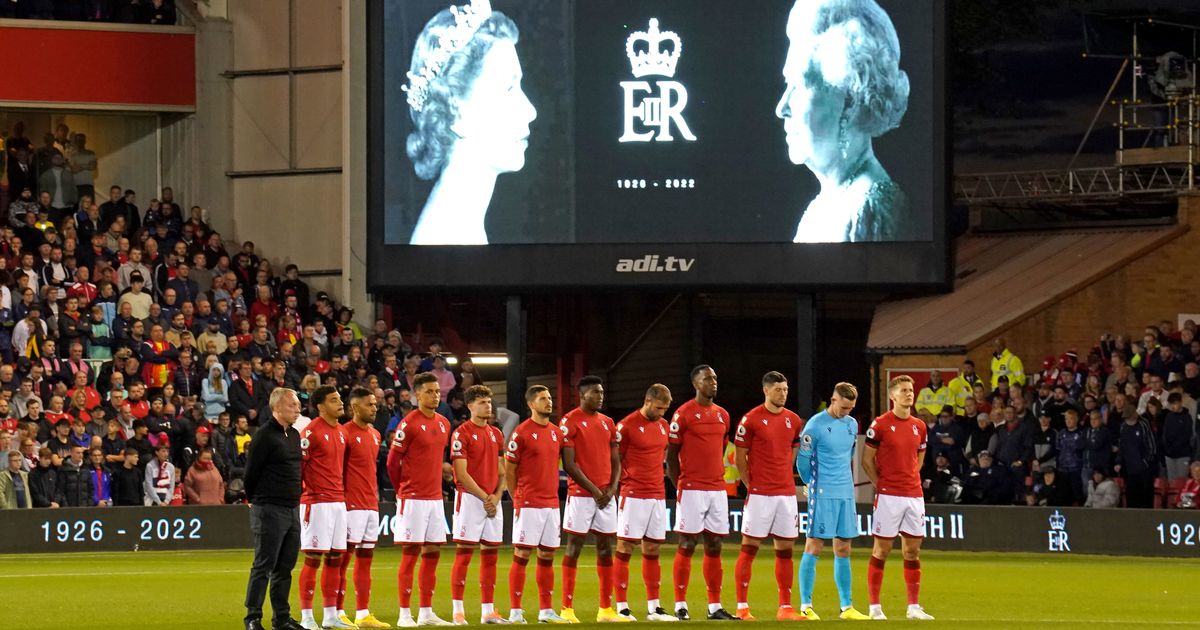 A minute's silence to respect the passing of the Queen was shockingly interrupted at the City Ground with some graphic language as Nottingham Forest hosted Fulham.

As well as Forest's match against Fulham, Aston Villa were also hosting Southampton and in both matches before kick-off, there was a minute's silence to commemorate the Queen's death.

However, at the City Ground, the minute was marred by some horrific heckling that sparked an angry outburst from other fans in the stadium.

As the players lined up around the centre circle and in the midst of silence, a cry could be heard that sounded like "you Reds". The shout was heard a few times before another fan shouted back "shut up, you c***".

That led to further outbursts that rang around the stadium during what was supposed to a moment of solemn remembrance. Even some of the players looked around in a sate of disbelief.

The heckles were eventually drowned out by a round of applause as the game prepared to get underway. However, it did little to disturb what turned out to be a brilliant game of football.

Forest striker Taiwo Awoniyi put Forest ahead early but Fulham came back to score three in six minutes after half-time to make it 3-1. Lewis O'Brien got one back but it was not enough as the Cottagers left Nottingham with all three points.