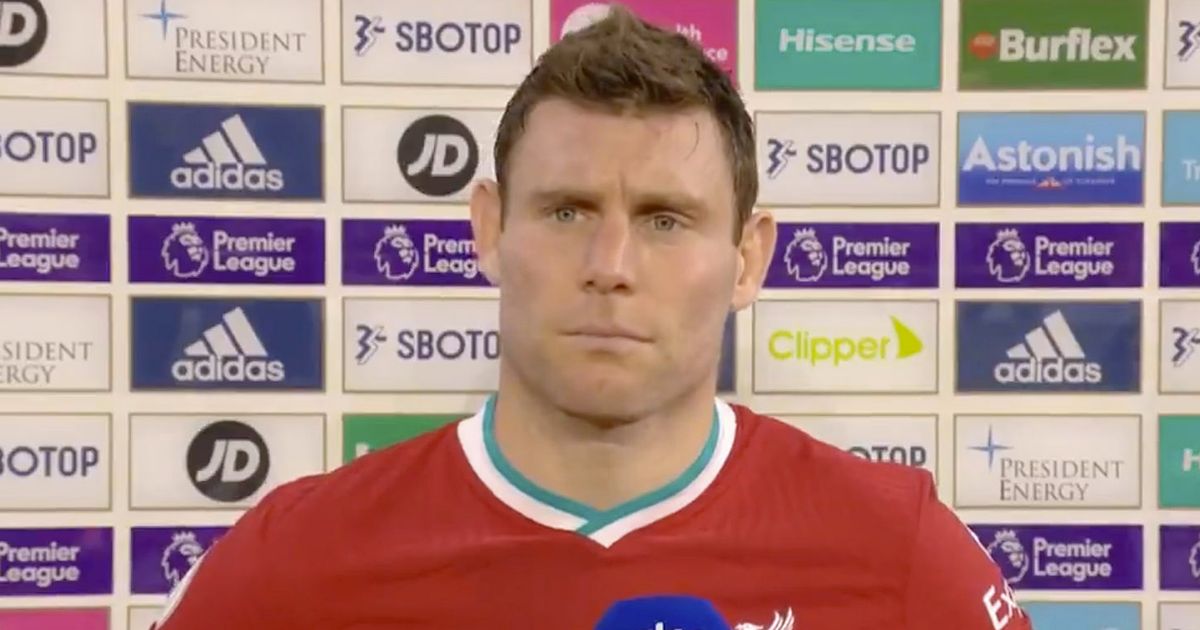 Liverpool midfielder James Milner backed up his criticism of the European Super League plan with a pointed message on Twitter on Monday night.

Following on from his manager Jurgen Klopp, Milner became one of the first figures involved at a breakaway club to speak out against the plans after the Reds drew 1-1 with his boyhood club Leeds United at Elland Road.

Speaking on Sky Sports, Milner said: “I can only say my own personal opinion. I don’t like it and hopefully it doesn’t happen.”

When asked why he didn't support it, he added: “The same reasons as everyone else who has been talking out over the last day.

“Obviously it’s been difficult for us, trying to prepare for the game, but I can only imagine what been said about it and I probably agree with most of it.”

Milner, Liverpool's captain on the night, then backed this up with a tweet after the match, writing: "Should have seen the game out, but credit to Leeds United.

"We fight with all we have to qualify for the Champions League… that’s our job."

Reds boss Klopp also spoke out against the plans on Monday, although understandably he had to choose his words a little more carefully.

Klopp said: "I do not think it is a great idea.

“I like the fact that West Ham might play in the Champions League next year. I don’t want them to, to be honest, because we want to do that, but I like that they have the chance.