For an hour here, Millwall looked destined to suffer the kind of rotten luck that befalls many a team languishing near the foot of the table.

Having seen Wigan take the lead through the flukiest of own goals, Millwall then conceded a penalty that was a generous award to say the least. But it was at that point that Lady Luck decided to throw them a lifeline.

Josh Windass blazed the spot-kick into the stands and this match shifted completely on its axis. 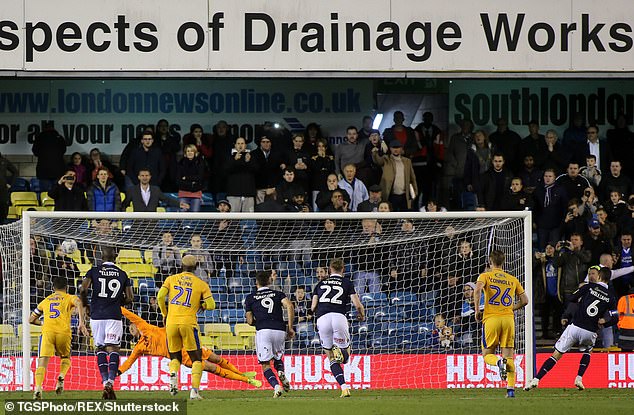 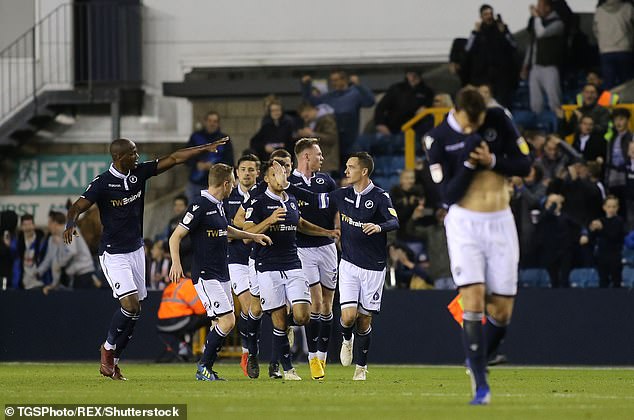 Barely two minutes later, the hosts were level through a penalty of their own, converted by Shaun Williams.

And with eight minutes remaining, substitute Steve Morison to hand Millwall three points that lifted them out of the Championship drop zone and, they hope, provide a possible turning point in a disappointing season.

While this result, just Millwall’s third league win of the season, certainly won’t solve all the problems facing Neil Harris, it is a timely confidence boost in what can be a bruising division.

‘We’ve had horrendous luck but we’ve now got seven points from four games, which is a huge return,’ said the Millwall manager.

‘We were nearly men in the first-half. You have your half-time team talk, all positive and excited, and then we concede a really bizarre goal. But we didn’t panic and the fans stuck with the players.

‘You need luck and you need key moments and key decisions from referees plus big moments from players.

‘We went from down in the dumps at half-time to flying high.’

’90 minutes can be summed up in a minute,’ said Latics boss Paul Cook. ‘If we had gone 2-0 up it would have been unjust on them.

‘It’s difficult for us when we have such a strong home record and not such a good away record. We came into the division wanting stay in and build from there and people can get carried away.

‘It’s an unforgiving league but we have to keep focused on what we’re trying to do.’ 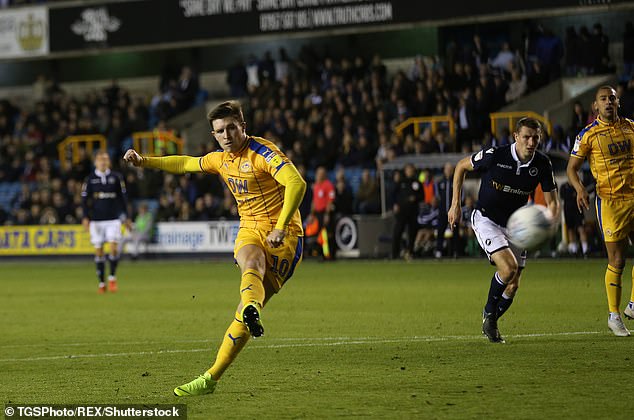 The first-half featured plenty of perspiration from both teams but precious little inspiration. If Millwall enjoyed more of the possession and pressure, then Wigan passed up the best chances on the counter-attack before they finally gained a lucky break on the stroke of half-time.

We were well into stoppage time when James Meredith crudely brought down Josh Windass, allowing Wigan one last chance to load the Millwall box knowing the half-time whistle was imminent.

Lee Evans whipped across a delivery from the right that flicked off the onrushing Kal Naismith and simply struck Millwall midfielder Wallace at the perfect angle to beat Ben Amos and find the bottom corner.

The home crowd thought it harsh on the balance of play though the boos and jeers that greeted the half-time whistle were more disgruntlement at their own team’s lack of cutting edge. 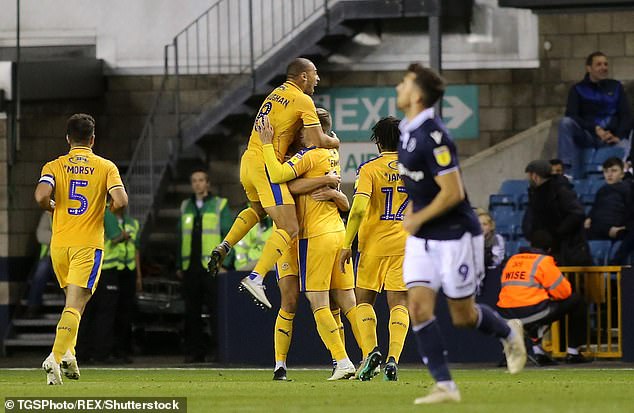 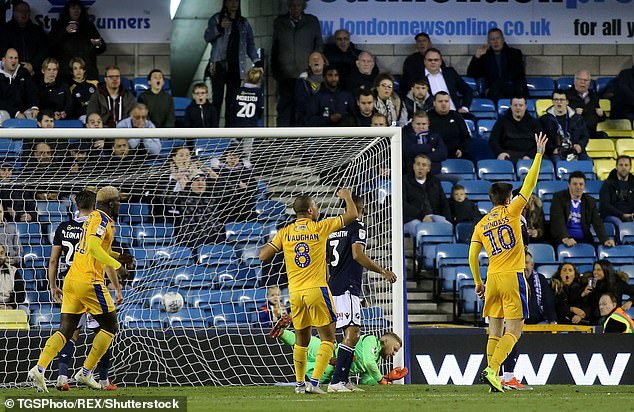 There were half-chances — a Jake Cooper header and a Shane Ferguson shot, both easily saved – while Jed Wallace should have got a stronger connection on Lee Gregory’s right-sided cross.

But nothing too threatening. While Wigan failed to create a great deal, they had alarmed Millwall’s back line on occasion.

Chelsea loanee Reece James struck a free-kick right on the periphery of the box low and hard — but wide. A few minutes later, Callum Connolly glanced an Evans corner just over the bar, but as it transpired they were gifted a lead at a very opportune moment.

That lead was almost doubled four minutes into the second-half when James Vaughan found himself one-on-one with Amos, but the keeper did enough to smother despite taking a painful boot to the midriff. 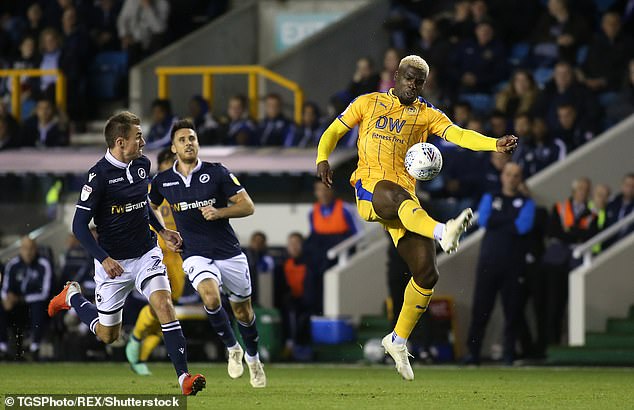 Wigan had a golden chance to double their lead just before the hour. Vaughan and Mahlon Romeo were both reaching for the ball inside the area and somehow referee James Linington decided it was a penalty.

The home crowd were incensed but then jubilant as Windass blazed the spot-kick high and into the stand. Linington, perhaps wanting to redress the balance, then awarded a penalty to Millwall a minute later when Aiden O’Brien was hauled over by James in an aerial tussle.

Williams showed Windass how to do it, firing beyond Christian Walton into the top left corner.