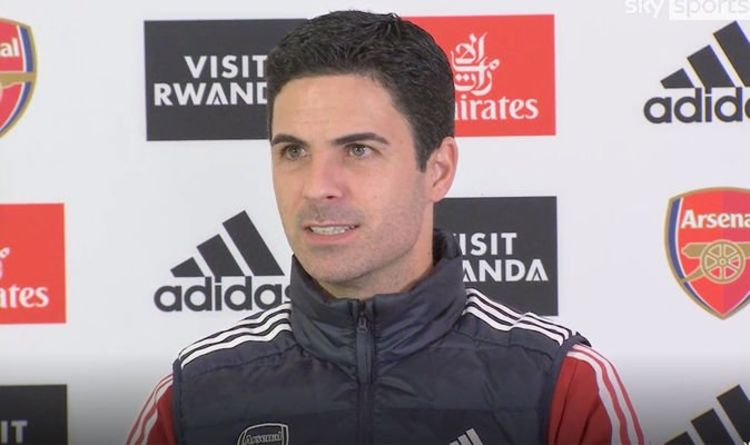 Arsenal boss Mikel Arteta has seemingly solved an age-old problem at the Emirates. Arsenal have often been criticised for a lack of leadership amongst the playing squad in the last decade. The Gunners have often been described as weak and soft-centred.

However, Arteta may have struck gold with the squad he has assembled.

Arsenal’s unbeaten run of 10 matches in all competitions came to an end last Saturday.

The Gunners were dealt a harsh lesson by Liverpool in a 4-0 defeat at Anfield.

There is no shame in losing to Jurgen Klopp’s side but the manner of a couple of the goals will have irked Arteta.

However, it was the reaction of the players after the match that impressed the Spaniard.

Speaking at his pre-match press conference ahead of Saturday’s visit of Newcastle, Arteta was asked if his squad had shown a reaction in training this week.

But he insisted there was a strong reaction from the players straight after the match in the dressing room at Anfield.

“Not only [in training], I really liked the reaction that we had already in the dressing room at Anfield after the game,” Arteta told reporters.

“How some players took leadership and described what happened in a really honest way, and looked forward.

“This is not something that in a season it will never be like this, there are always bumps in the road, there are results, there are injuries, there are issues you have to deal with and I really like how the team has reacted through the week.”

Asked if that is a common occurrence after a match, Arteta admitted it hadn’t happened before during his reign.

He said: “This is something that before it didn’t happen, and I am really pleased it is happening at the moment.”

Arteta refused to name the players who stood up and showed the leadership he admired – that will surely come out in the Amazon Prime documentary which continues to be filmed.

But it is a huge step for the Spaniard in his quest to bring glory back to the north London club.

Arsenal have a young squad, so are going to make plenty of mistakes.

And now is a time for their experienced heads to step up and lead by example.

The likes of Pierre-Emerick Aubameyang and Alexandre Lacazette struggled on the day at Anfield.

But their impact off the pitch could almost be more vital in the long run for Arteta’s fledgling squad.