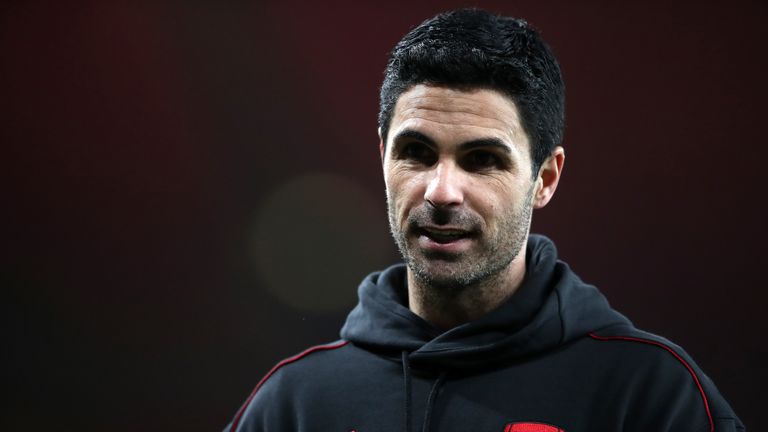 Mikel Arteta hopes Arsenal’s loss to Liverpool was a “slap in the face” which can help them get their season back on track.

Arsenal were roundly criticised for their performance in the 3-0 loss on Saturday, with Sky Sports’ Gary Neville describing the attacking efforts of players such as Pierre-Emerick Aubameyang and Nicolas Pepe as “a joke”.

Arteta said his players fully deserved that criticism but hopes the stark nature of the loss will help his team “get back to reality” for the final stages of the season, which continue with a Europa League quarter-final first leg against Slavia Prague on Thursday night.

“I think we have to respect every opinion and when there is criticism coming after that performance we have to take it on the chin because we fully deserve it,” he said.

“It’s time to respond on the pitch and show what we can do. When we are at full gas we are a very good side.

“But the whole team and myself have to put in a better performance than we did against Liverpool.

“I cannot criticise the work ethic of my players and I have never done that. It’s not about whether they want to run or want to try, my demands are about hitting their goals and getting to their best level – in the past two days I have seen that.

“That’s why it was a big shock what happened against Liverpool but sometimes you get a big slap on the face and that’s a good thing to get back to reality.

“Every single area has to be much better. I can’t discuss the specifics but we need to do better. That’s all I’m interested in for the next six or seven weeks.”

That period could see Arsenal without left-back Kieran Tierney, who sustained knee ligament damage in the loss to Liverpool. 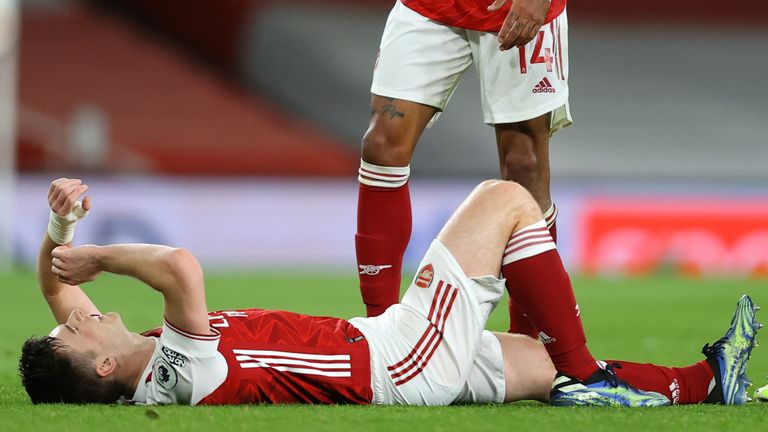 While the injury does not require surgery, the Scotland international will miss the next four to six weeks of action, although Arteta was reluctant to say his season is over.

“It could have been worse because it looked quite scary but the damage is not too bad and not as bad as we thought it was after the game,” he said.

“We have to go day by day, see how he is feeling and reacting and when we get close to playing time, we will make that decision.

“We’re going to have to make some adjustments because he has unique qualities and we need to find different ways to fill that gap and find other ways to be effective.”