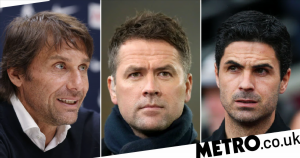 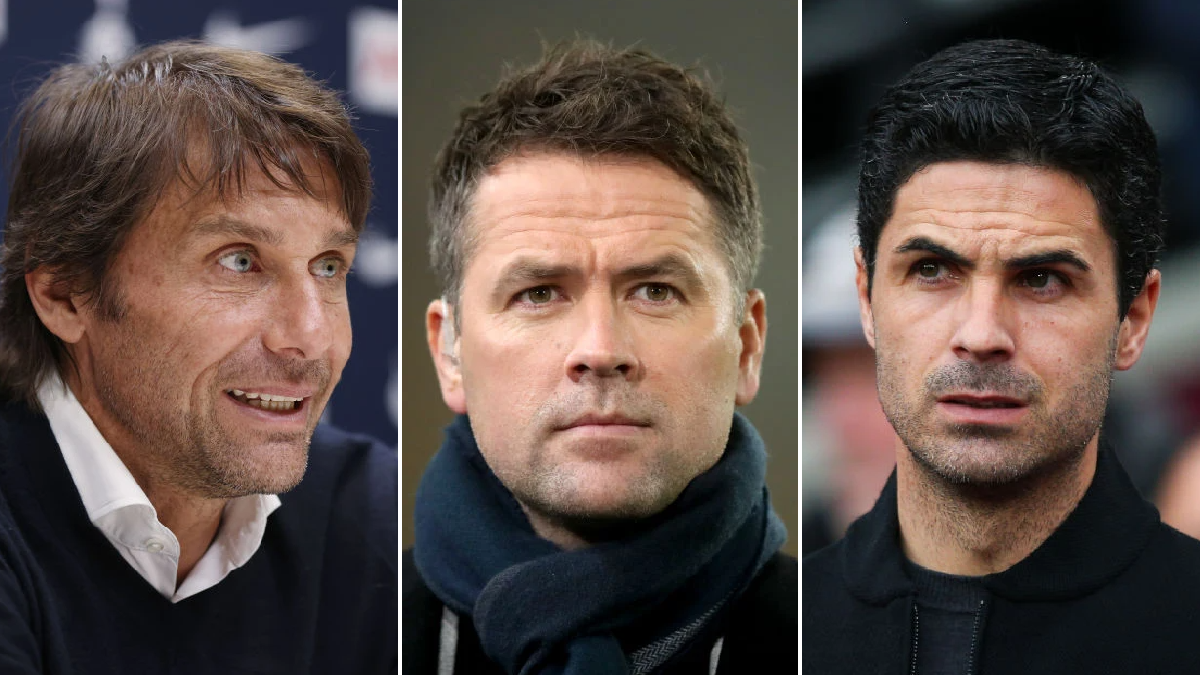 Michael Owen has made his prediction for the upcoming north London derby as Arsenal aim to secure Champions League football at the expense of top-four rivals Tottenham.

The Gunners will secure a place in Europe’s top competition if they beat Spurs at the Tottenham Hotspur Stadium on Thursday night, but victory for the hosts would blow the top-four race wide open heading into the final two games of the season.

Arsenal’s season was in danger of imploding last month as Mikel Arteta’s side lost three games in a row to mid-table opposition, but the team have responded well since to emerge as the favourites to finish fourth.

Tottenham, meanwhile, have began to show more consistency under Antonio Conte and held title-chasing Liverpool to a 1-1 draw at Anfield on Sunday.

Former England striker Owen was ‘impressed’ by Spurs’ performance against Liverpool but still expects Tottenham to fall short of a crucial win against Arsenal tomorrow, backing the Gunners to earn a potentially crucial point.

‘I’ve been looking forward to this one for weeks,’ Owen told BetVictor.

‘Spurs may have dropped points at the weekend, but it was an impressive draw at Anfield. You can see what Antonio Conte is building, and they aren’t far away from being a very good side.

‘For Arsenal, it wasn’t a classic performance, but the win over Leeds United was vital in extending their lead over Spurs. Eddie Nketiah was in amongst the goals again, he looks a natural finisher.

‘Even a draw would be a good result for Arsenal here. I think that’s what we will see. I’m leaning towards 1-1.’

Liverpool legend Mark Lawrenson also expects the spoils to be shared in Thursday’s north London derby, telling BBC Sport: ‘I am not really expecting a good match here in the usual sense because it will be played at 100mph but it will be a good one to watch even if the quality is not there.

‘Tottenham are the team who have to win, but it is going to be interesting to see how Arsenal approach it.

‘They don’t find it easy to control most games, let alone like this one where there will be loads of bookings and maybe not much football played.

‘I don’t actually think there will be that many goals either, and it is very hard to pick a winner. I’m going for 1-1.’