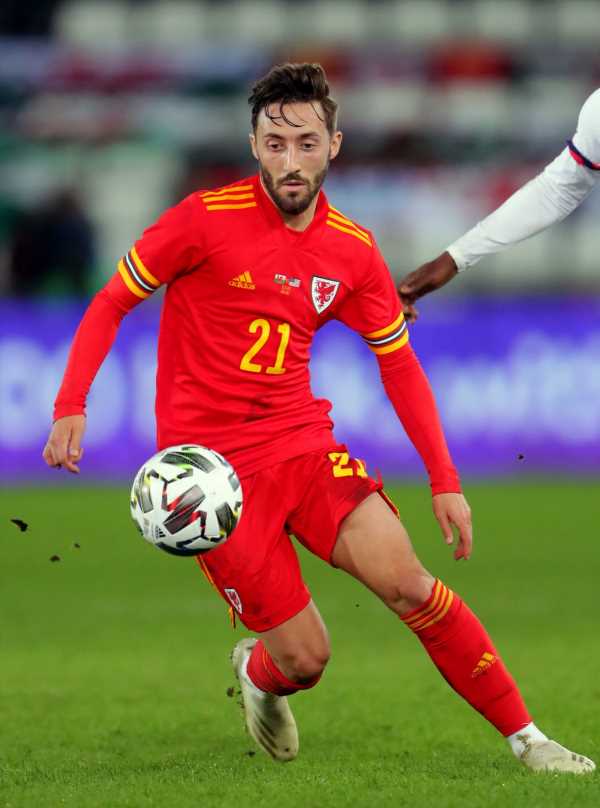 Michael Flynn has criticised the Football Association of Wales for naming their Euro 2020 squad before Newport’s Wembley play-off final due to the possible impact on Exiles midfielder Josh Sheehan.

Wales boss Robert Page announces his 26-man squad for the delayed European Championship on Sunday evening ahead of Newport’s meeting with Morecambe in the Sky Bet League Two play-off final the following afternoon.

Sheehan is a borderline Euro 2020 selection and Newport boss Flynn believes Wales should have delayed named their squad until after his side’s winner-takes-all promotion showdown.

Competing Euro 2020 teams have until June 1 to register their squads – 10 days prior to the opening match of the tournament.

“I’m going to have to speak to the Welsh FA to see if they can put it back to Monday night,” Flynn said.

“That’s not thought through too much for my liking. Whether it’s positive or negative, Josh is going to have to deal with it.

“He’s either going to be disappointed or excited. Either way it can drive him on to have a good game.

“If it is a negative he has to turn into a positive and show what they’re going to miss.

“If it is a positive then he has to keep showing what they’re going to get from him and how much he’s going to push for a starting place.

“I’m sure it will play on my mind more than his, but he’s definitely good enough.”

Sheehan was one of the stand-out performers as Newport finished fifth in League Two before beating Forest Green in a crazy play-off semi-final tie, which the Exiles won 5-4 on aggregate.

The 25-year-old, who won his first Wales cap last November, has made over 170 County appearances since suffering a serious injury at Swansea earlier in his career.

“If he didn’t have that bad injury I think he would have stayed at Swansea,” Flynn said.

“He’s an outstanding footballer and I’m very fortunate to be working with him.

“This could be his last Newport game. I’m sure he has attracted a lot of attention this season and there will be a lot of suitors for him.”

Flynn has packed a lot into his four years as Newport boss with an incredible EFL relegation escape act, numerous cup runs and giant-killing scalps and two play-off appearances on his CV.

“The only thing missing in the whole lot is a promotion and that’s what we want more than anything,” Flynn said as County prepare to make a fifth Wembley visit in nine years.

“Although we lost last time (to Tranmere in 2019) there were no nerves. It was a very tight encounter where we should have had a penalty and we conceded in the last minute of extra time.

“It was nothing to do with the occasion and it getting the better of us.

“I think it will be another tight encounter and hopefully we pip it this time. It’s either a carnival atmosphere or a graveyard and I know which side I want to be on.”