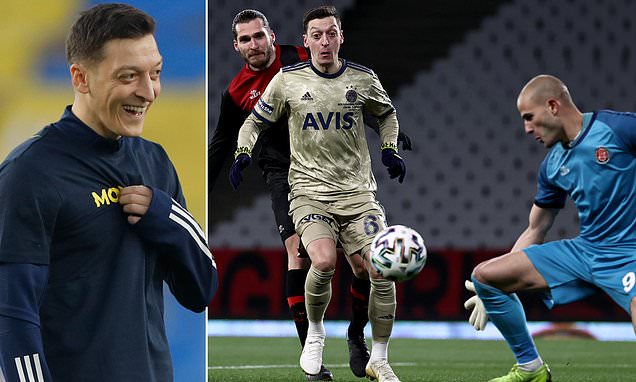 Mesut Ozil has been surprisingly praised for his work rate after he impressed on his first start for Fenerbahce in their 2-1 win over Fatih Karagumruk.

Having previously made two substitute appearances for the Turkish giants, Ozil played 81 minutes on Saturday, his first start since he played for Arsenal against West Ham in March last year.

Despite the long period of inactivity and his reputation for doing his best to avoid hard work, the midfielder was commended for his effort by Turkish pundits after the match. 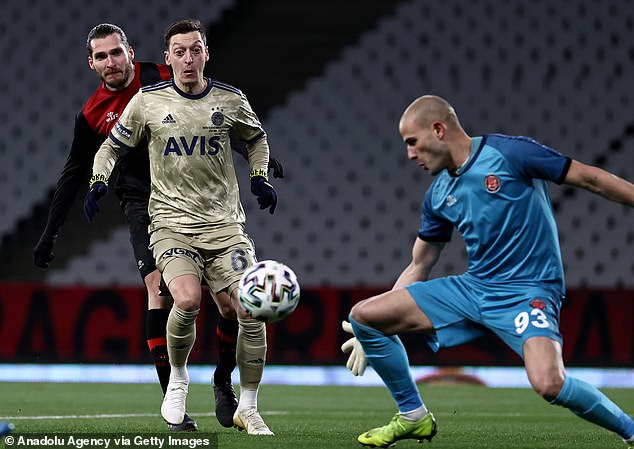 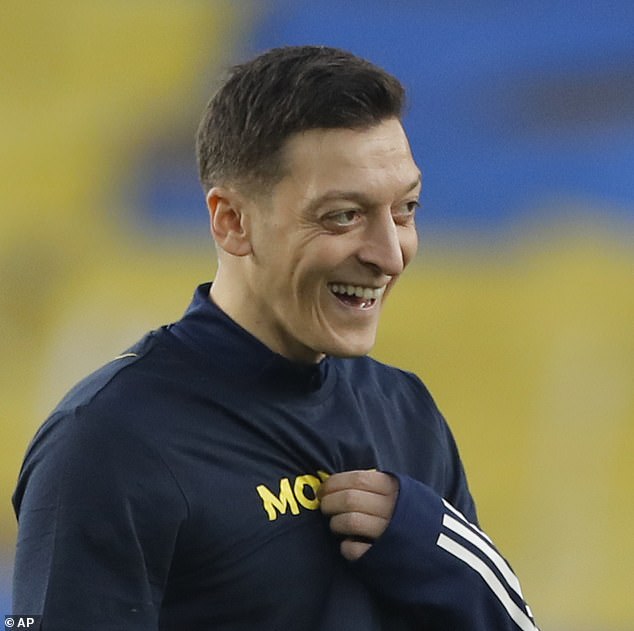 ‘I did not expect Mesut Ozil to do so much. It is not easy,’ pundit Ridvan Dilmen said.

‘You play football for the first time after 10 months. A team was not built around Mesut, Mesut came to this team.

‘I think the next season will be much better because his contract will be three-and-a-half years. Despite this, I respect his devotion.’

A lack of work rate was often seen as one of the reasons why Ozil’s career at Arsenal petered out, with the 32-year-old frozen out for the last year despite his £350,000-a-week contract in North London. 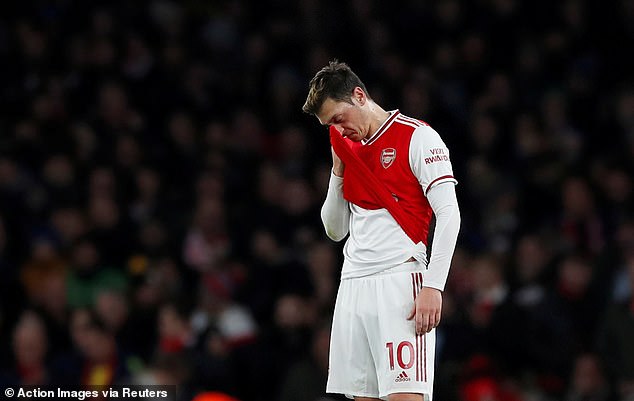 An agreement between Ozil and Arsenal led to the player leaving in January despite his contract not running out until the end of this season with both parties finally bringing to an end what had become an increasingly ugly relationship.

Now at the club he supported as a boy, Fenerbahce will hope their high-profile signing will make the difference as they battle for their first league title since the 2013/14 season – the year Ozil joined Arsenal.

They currently sit third in the table but are level on points with Galatasaray and Besiktas above them, with a tense title race in store for the last 16 games of the season.