Messi speaks out: Barcelona legend delivers hour-long interview where he slams club for Luis Suarez departure, reveals desire to play in the USA, praises Manchester City boss Pep Guardiola and insists he has no regrets over telling club he wanted to leave

Lionel Messi sensationally opened up on his last few months of strife at Barcelona in a tell-all interview, where he slammed the club for the sale of Luis Suarez and opened up on his own exit saga from a dramatic summer.

The Barcelona legend, whose contract is up in the summer, is allowed to talk to clubs from January and has been heavily linked with a move away from the Nou Camp with Manchester City and Paris Saint-Germain both possible destinations.

The Argentine has so far kept his cards close to his chest so far regarding any potential transfer away from Spain, but revealed he would make it clear to the club if he wanted to leave and had no regrets after sending a burofax to try and force an exit from his boyhood club during the summer. 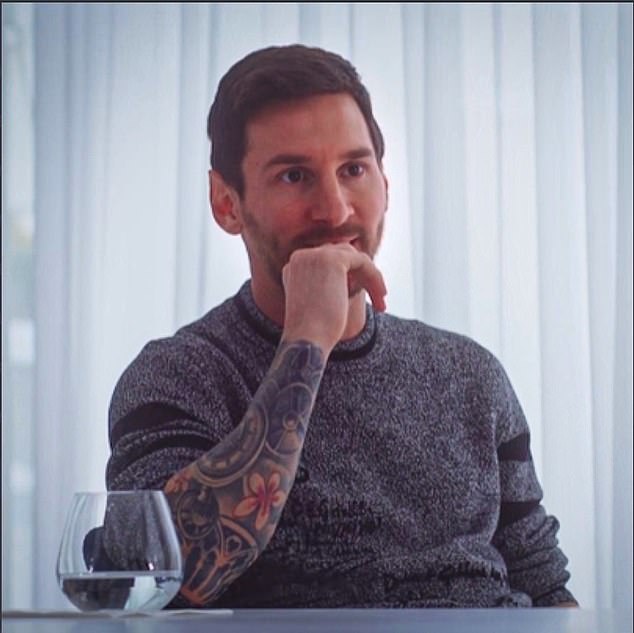 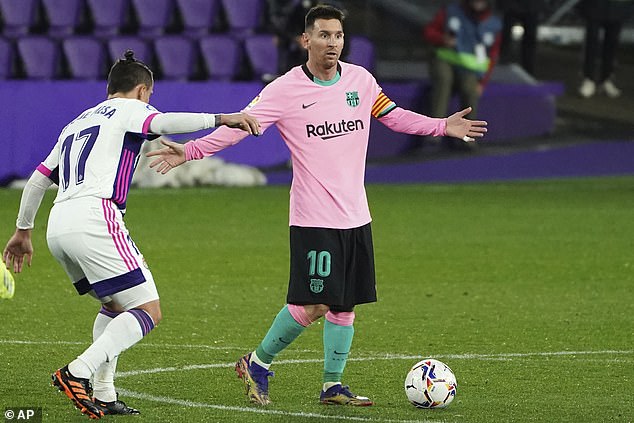 ‘It was a manner of making a point and expressing my feelings,’ Messi told La Sexta while reflecting on his messy exit saga and public fallout with Barcelona earlier this year.

‘I wanted to win titles and battle for the Champions League and felt it was time for change. The president then started to filter this and that to paint a negative picture of me.’

Despite having such a public and unwanted dispute with the club, Messi said that he felt as if his time at the Nou Camp was over following certain decisions made at boardroom level. 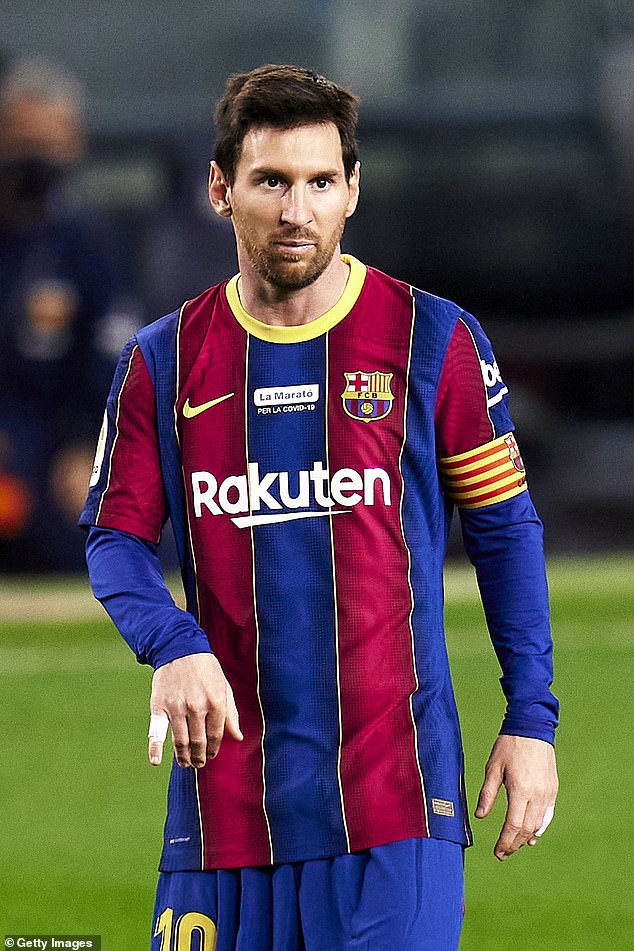 ‘It was far from easy for me to say I wanted to leave the club and the city. The family wanted to stay here, this is their home but I genuinely felt it was time to go.

‘Luis Suarez’s departure had nothing to do with the decision but I felt it was crazy the way his exit was handled and that Barcelona let him go to a direct rival.’

Following manager Ronald Koeman’s arrival at the club, several players were frozen out of the Dutchman’s plans moving forward, including striker and close friend to Messi, Luis Suarez.

Messi revealed just how shocked and disgusted he was at Barca for allowing the former Liverpool striker to leave on a free.

‘What happened with Luis Suarez to Atléti (Atletico Madrid) was crazy!

‘He left for free, paying the remaining years of his contract and he joined a team that fight for the same objectives as us. Unbelievable.’ 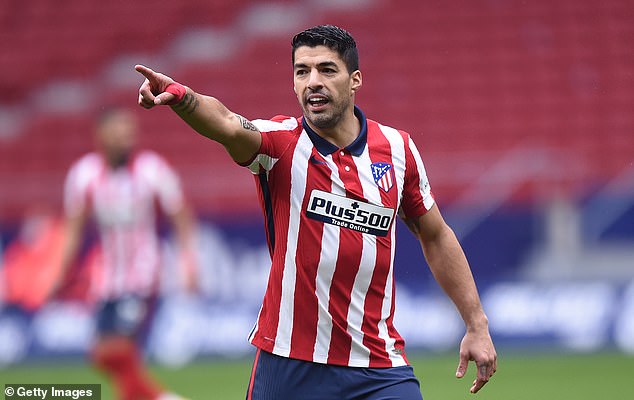 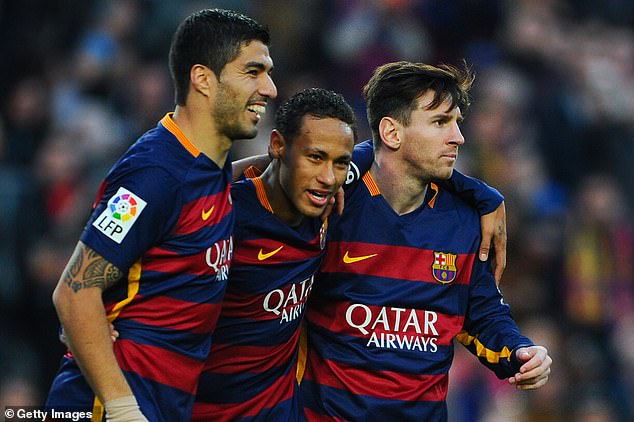 He disclosed that he still keeps in touch with Suarez and their former attacking partner Neymar, currently at PSG, on a regular basis.

‘We speak a great deal and I speak to Luis every day. Last time I spoke to Neymar was after the UCL Round of 16 draw.

‘Let’s wait and see what happens and I’ll make my mind up in the summer. The club are going through a tough period financially so it will be complicated to bring Neymar in.’

Shortly after Suarez left the club for fellow LaLiga title hopefuls Atletico Madrid, Messi slammed the board at Barcelona for their running of the club and publicly claimed that he wanted to leave the club he joined in 2001 as a youth player.

Due to Messi’s deal at the time, he would have had to have taken his employer to court in order to have a chance at releasing him from his deal and allowing him to complete a move elsewhere.

While the Argentine said that he was confident he would have won in any legal battle against the Catalan giants, he did not want to leave them in that way.

‘I knew that if we went to court, we would have won. Not just one lawyer told me that, many did. But I didn’t want to leave Barca in that way.’ 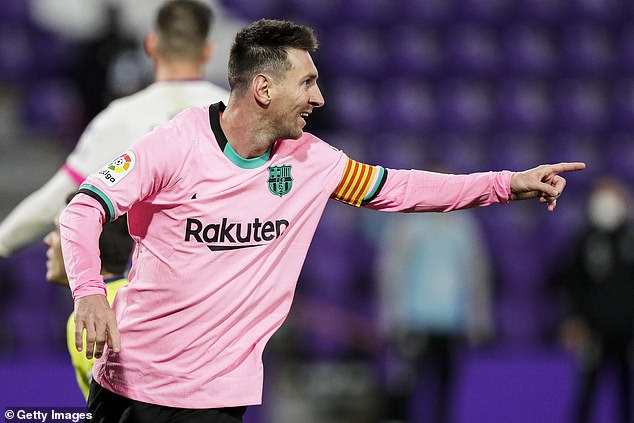 The 33-year-old looked relaxed as he shot down any immediate links to some of Europe’s elite during the interview – and rejected travel guides to Manchester and Paris – as he revealed he will not be rushing to the phone during January as his focus remains at Barcelona.

When asked on whether he will start talking to clubs, Messi replied: ‘No, far from it, that would go against what I’m saying.

‘My plan is to do all I can for the club at the moment,’ he added, before shooting down playing football for either Real or Atletico Madrid with a simple ‘No!’

However, while moves to the likes of City or PSG remain off the table at this moment, he did reveal that he would be interested in a move to the United States of America at some point in his career. 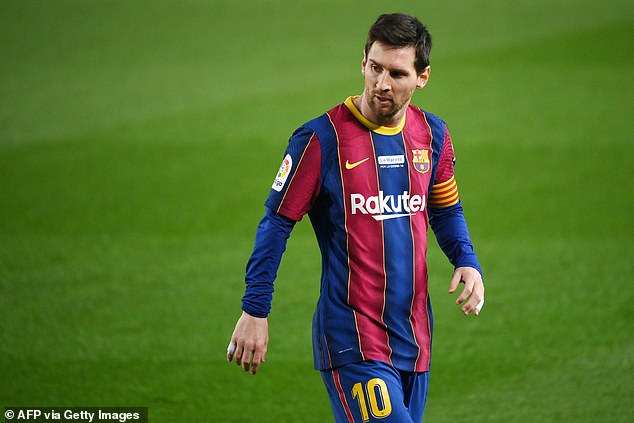 ‘I would like to play in the United States and experience life and the league there…. but ultimately come back to Barcelona in some capacity.

‘I’m not thinking too far ahead in the short term and just want to see how the season finishes.’

If Messi were to complete a move to the Etihad Stadium, he would re-unite with old coach Pep Guardiola.

The Argentine had plenty of praise for Guardiola’s ‘exceptional preparation’ and said he, alongside Luis Enrique, is the best manager he has played under.

‘His (Guardiola) way of preparing games was exceptional and his way and the way of working that Luis Enrique worked too was excellent.

‘I was fortunate to work with both men.’ 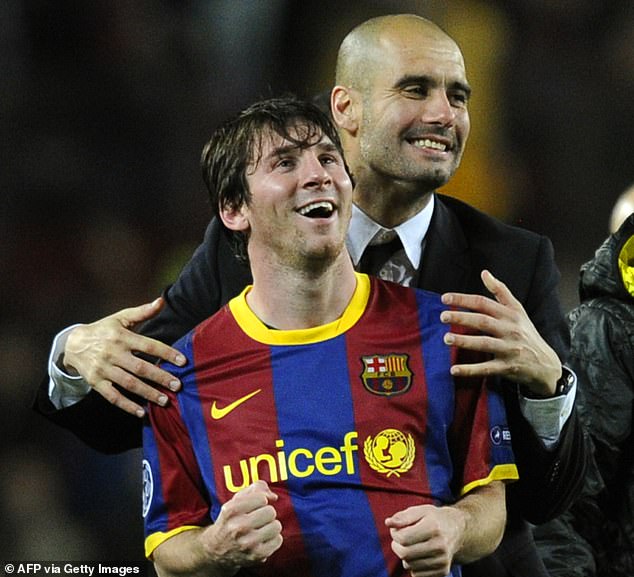 After unleashing some scathing reviews of Koeman’s early days at Barcelona, it appears that the forward has now slightly warmed up to the manager and sympathised with his ‘difficult transition’.

‘It’s difficult for him as we’re in transition,’ Messi replied when asked about the club’s direction under the Dutchman.

‘There are new players and young talent coming through so it’s difficult too.’

By their near-impeccable standards, Barcelona are really struggling domestically in Koeman’s first season in charge.

The club, 26 times winners of Spain’s topflight, find themselves fifth in the table after 14 matches and eight points adrift from league leaders Atletico Madrid, who have a game in hand.