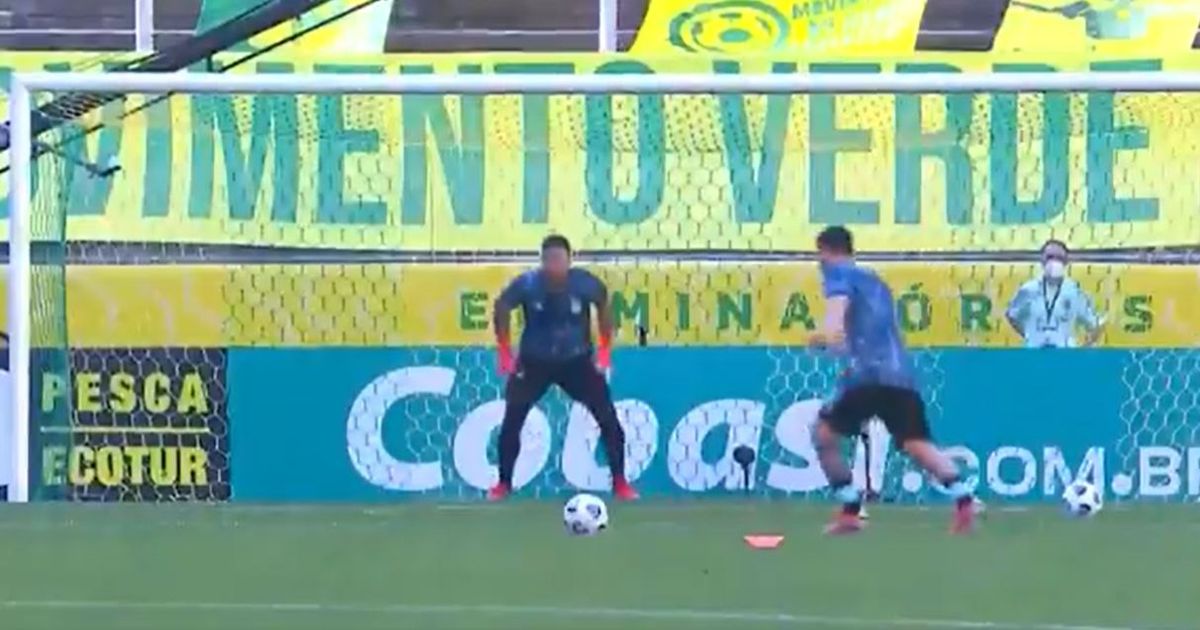 Brazil’s World Cup qualifier against bitter rivals Argentina may not have gone ahead on Sunday, but fans were still treated to a Lionel Messi masterclass.

Just seven minutes of the match was played before personnel from Brazilian health body ANVISA and the Brazilian Federal Police stormed the pitch to shut it down.

The dramatic and chaotic scenes stemmed from the fact the authorities believed Argentina’s four England-based players did not follow quarantine procedures.

While they did not name them, they are Emi Buendia and Emi Martinez of Aston Villa and Giovani lo Celso and Cristian Romero of Tottenham.

Suspension of the match inside Sao Paulo’s Corinthians Arena denied viewers a repeat of the Copa America final which Argentina won and the chance to watch Messi play.

Messi has played just 24 minutes of competitive football since Argentina’s 1-0 win over Brazil on July 11.

The 34-year-old forward made his debut for Paris Saint-Germain off the substitutes’ bench against Reims on August 29, but he doesn’t appear to be rusty.

That’s because it only took the warm-up for him to show his unique talents.

Can PSG win the Champions League now they have signed Lionel Messi? Have your say in the comments section below.

Martinez did not get much chance to warm himself up in goal as Messi practiced his free-kicks against him.

In it, Messi takes a two-step run up before stroking the ball perfectly underneath the bar as Martinez watches on, helpless to stop it.

When Messi will next get to play a full match is yet to be determined, with a decision on whether the Brazil match will be replayed yet to be made.

Argentina face Bolivia at home on Friday and are believed to be preparing for that game as if it is their next.

Their manager, Lionel Scaloni, expressed his disappointment at the way in which the Brazil match was called off.

"It makes me very sad," he said. "I am not looking for any culprit. If something happened or did not happen, it was not the time to make that intervention.

"It should have been a party for everyone, to enjoy the best players in the world. I would like the people of Argentina to understand that as a coach I have to defend my players.