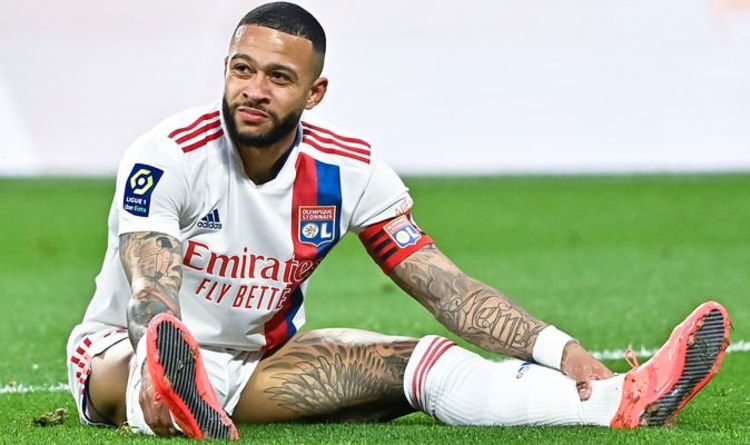 Memphis Depay may choose to move to another club if Barcelona president Joan Laporta sacks Ronald Koeman, according to reports. Koeman wanted to sign fellow Dutchman Depay last summer but failed to get a deal over the line for the forward. Now, Depay is out of contract at Lyon and is widely expected to move to the Nou Camp.

Depay has had a superb season for Lyon in Ligue 1.

The former Manchester United star scored 20 goals and registered 12 assists in 37 league appearances for the French side.

Koeman has identified his countryman as a top target on a free transfer, with Barca’s financial struggles meaning their budget for new signings is hugely restricted.

However, the arrival of Depay could depend on the future of Koeman.

JUST IN: Arsenal’s exciting XI next season with new undroppable and three signings 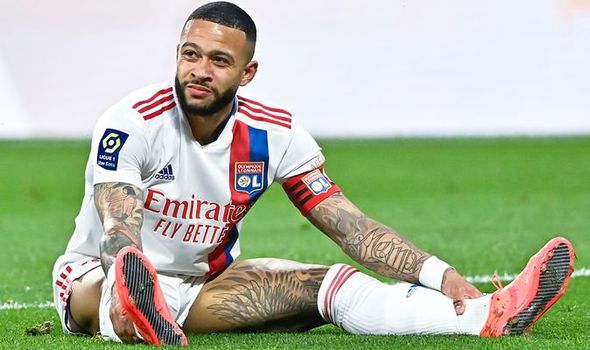 Spanish outlet Sport say the situation is ‘under control’ and Depay still wants to move to Barca.

He would even accept a lower wage offer than other clubs due to his desire of playing under his former international manager.

However, things could change if Koeman was sacked by Barca, with Sport stating Depay could choose to move elsewhere.

Inter Milan, Juventus and Atletico Madrid are all interested in Depay and would offer a higher salary than Barca.

Sport claimed on Monday that Laporta will make a decision over Koeman’s future before the first week of June.

Barca finished third in La Liga after a poor end to the season.

Defeats at home to Celta Vigo and Granada saw their hopes of toppling eventual title-winners Atletico Madrid go up in smoke. 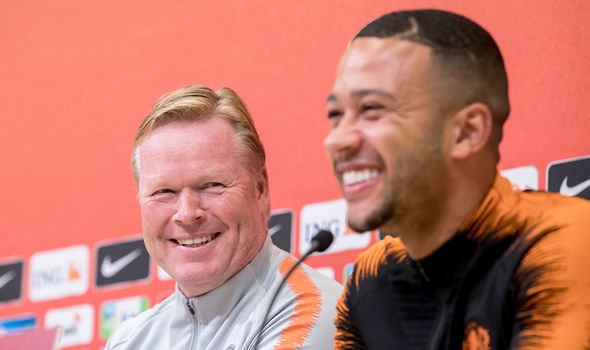 Barca also crashed out of the Champions League at the first round of knockout matches.

Koeman’s side lost 5-2 on aggregate to Paris Saint-Germain after losing the first leg at the Nou Camp 4-1.

Sport says a decision over Koeman’s future is ‘imminent’.

The 58-year-old claimed last week that he and his players had not received the backing he would have wanted from the club.

“You need to respect your coach and players more,” the former Everton boss said.

“In the last part of the season I’ve not felt the support of the club.

“Things have come out in the press. They don’t deserve that kind of treatment, things should be done differently.

“I know there’s a lot of pressure here and I accept this, but sometimes I think in this country there’s much more of a culture with the media getting involved with a coach’s future, which I think is disrespectful.”