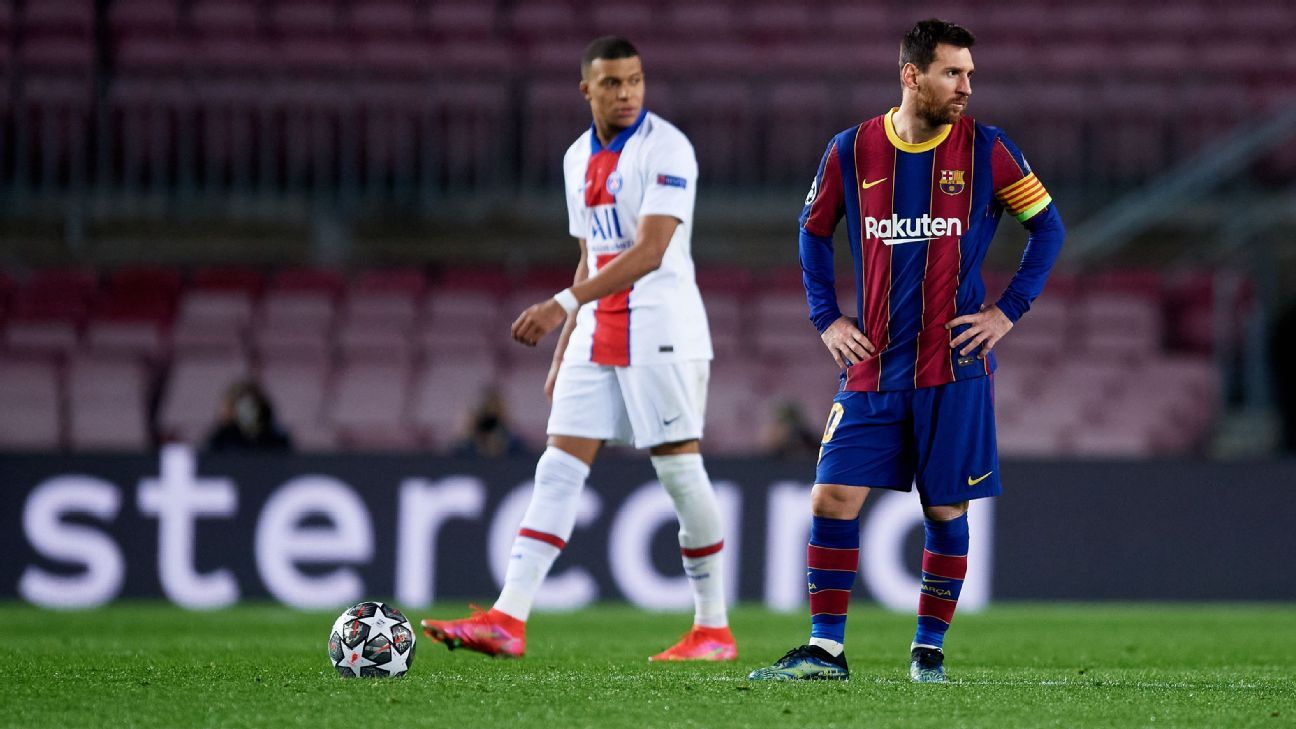 Paris Saint-Germain striker Kylian Mbappe has said that he tells himself he is better than Lionel Messi and Cristiano Ronaldo when he steps on the football pitch.

Mbappe upstaged Messi in February when he scored a stunning hat trick in PSG’s emphatic 4-1 victory at Barcelona in the Champions League, which helped them progress into the quarterfinals.

The France international has also matched Ronaldo’s scoring record this season with both contributing 30 goals in all competitions — one more than Messi.

The 22-year-old said that his mindset on the pitch enables him to believe he is the best footballer in the world.

“The ego? Of course, it’s important because when you’re in the rough, no one else is going to push you,” Mbappe told RMC Sport. “And you have to convince yourself that you are capable of toppling mountains.

“People don’t understand ego but when you are not well there is no one who will come to your house to tell you that you can do that. It’s just you and your mindset. It’s just you. You have to convince yourself that you are capable of doing great things.

“Every time I go on a pitch I always tell myself that I’m the best and yet I have played on grounds where there was Messi and Cristiano Ronaldo.

“They are better players than me, they have done a billion more things than me. But, in my head, I always tell myself that I’m the best because that way you don’t give yourself limits and you try to give your best.”

Mbappe has enjoyed an impressive campaign so far and became the youngest player to score 100 goals in Ligue 1 when PSG defeated Lyon before the international break.

The forward is tipped to become the next global football star and has already won the World Cup and four French league titles.

“Of course, sometimes people do not understand because I think there is perhaps also this barrier which is created in relation to this subject, where one does not really explain what the ego is,” he added.

“For people, the ego is just not giving a friend a penalty, having a better salary than the player of the rival team. It’s not just that, it’s also in the preparation.

“It’s a personal thing, to surpass yourself, it’s way beyond that superficial thing of saying ‘me, me.’ But I think there is quite a bit to be said about it.”