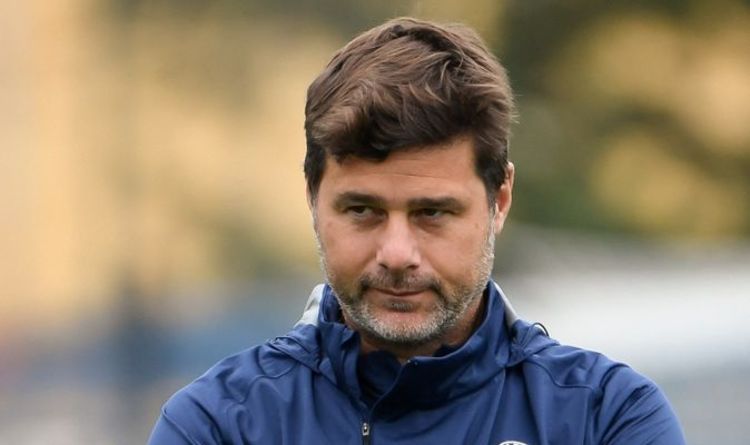 Paris Saint-Germain boss has insisted that Chelsea should retain their Champions League title despite the Ligue 1 side putting together a star-studded squad during the summer transfer window. Lionel Messi fronts a haul of some of European football’s biggest names at Parc des Princes.

PSG swooped in to sign the legendary forward after it became clear that he would not be able to renew his contract with Barcelona. The Spanish side were struggling to register new players due to a La Liga rule.

JUST IN: Carragher cheekily fires back at Neville over Man Utd CL message

Thomas Tuchel’s side are the reigning Champions League winners and former Tottenham boss Pochettino believes the West Londoners should be considered the favourites again.

“It is clear that because of the names that PSG has there is that feeling that we are the rivals to beat,” Pochettino said.

“But it is Chelsea. They are the last champion and they have invested much more money than PSG.

“We have to become a team, like Chelsea is.”

But Tuchel has downplayed his side’s chances of winning the tournament. The German believes that last season’s results mean nothing.

“You can do what you want, it’ll not change our approach,” Tuchel, who was PSG boss when they lost the 2020 final, told reporters on Monday.

“We came a little bit out of the shadow [last season], not many people would have thought we would be the winners of this competition in the end. But believe it or not, I think there are so many teams who can win it.

“You need a bit of luck, momentum, a good group but there are so many teams out there who have a good group, a strong club, good players, good coaches.

“This competition is a very open competition and like you also see in other sports, anything is possible if you believe, have momentum and have luck. This is what we had.

“We had a strong bond and it wasn’t like we deserved to win it. We were maybe a surprised to win it but it wasn’t undeserved.

“This can happen to anybody and this is how we start. We start from scratch, zero points, Zenit come with the same and the so everybody has the same chance.

“So the target is to reach our own top level every single game, if we do this, anything is possible. If we don’t, we will not be long in the Champions League. It’s as easy as that.”
Source: Read Full Article