Hungry like the wolf! Matt Doherty ditched microwave meals, fizzy drinks and sweets and is now a lean machine

Matt Doherty is not too proud to share the subject of his first conversation with his Wolves manager Nuno Espirito Santo.

‘He asked me how my body fat was,’ Doherty tells Sportsmail. ‘He obviously knew it was really high, he must have seen the tests we’d done. Everyone was coming in wearing T-shirts, I was wearing a jumper — trying to sweat everything out!’

That was June 2017 and Doherty reckons he weighed 89kg, equivalent to 14 stone. Faced with a new manager who was meticulous in overseeing a major overhaul of the Wolves squad, Doherty acted. 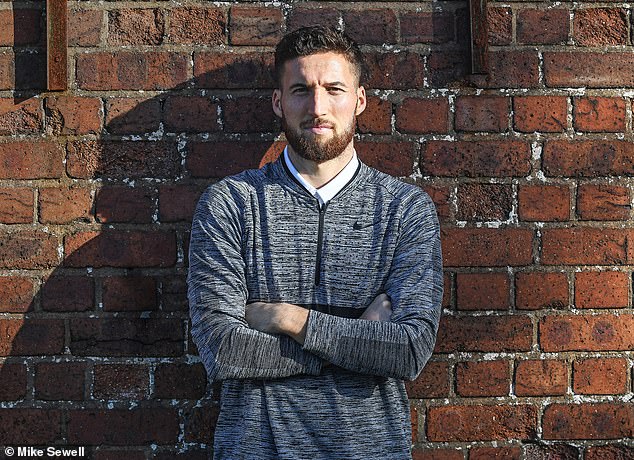 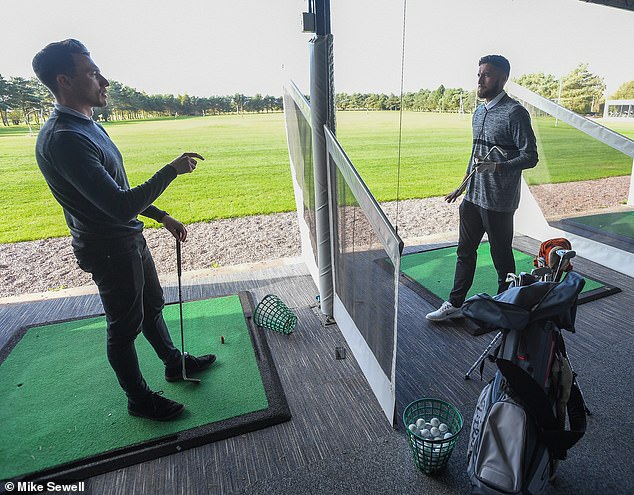 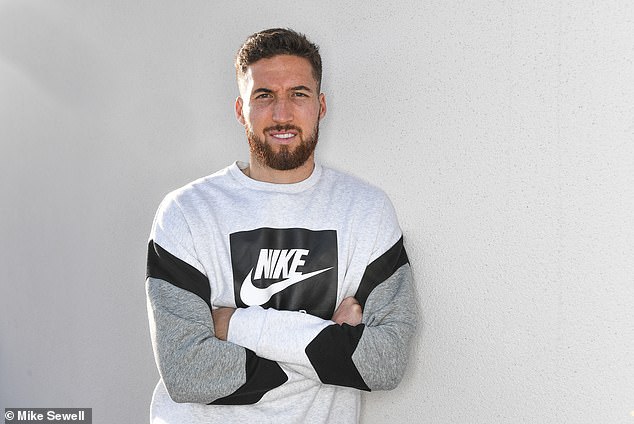 Cutting out microwave meals, fizzy drinks and sweets was behind Doherty’s transformation

‘I used to sit next to Danny Batth in the changing room and he was vegan. I thought, maybe I’ll try it,’ he reveals. ‘I got leaner and I’m in the best shape I’ve ever been. 86.5kg. I’ve got quite big legs. At my most I was 91, 92. I must have been a puuudding!’ He elongates the vowel for effect in his deep Dublin accent.

‘I used to not eat that well. I would have microwaveable dinners, like pasta. It was mixed in with your fizzy drinks and sweets. No good. My missus Nikkea cooks. Technically I’m pescatarian now as I love prawns. And I still have the odd fizzy drink after a game. I’m not a saint.’

Doherty is not like most footballers either. He speaks as he sees and is honest almost to a fault. That translates to the pitch, where his commitment is full and his intelligence clear. He has been one of Nuno’s best performers in a pleasing start to Premier League life for Wolves, scoring the winner at Crystal Palace and being voted PFA Player of the Month for September by fans across the country.

Amid all that has happened at Wolves since Fosun’s takeover, there is something warming about Doherty’s emergence. He joined from Bohemians aged 18, made his Premier League debut in September 2011, then had to wait seven years for his second top-flight appearance this August. 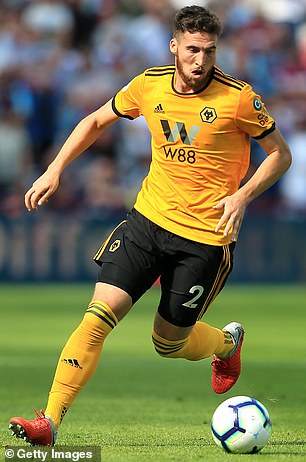 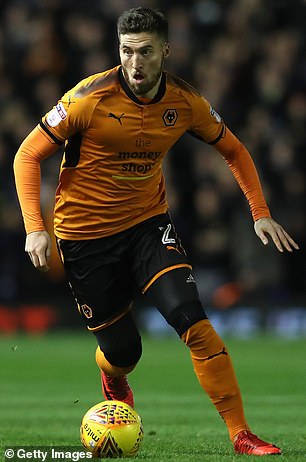 He was there for relegation to League One and then for two subsequent promotions. Now 26, his place in the team provides a link to the club’s recent history but sentimentality is no factor.

He reflects on his journey during a visit to the driving range at Perton Park Golf Club. ‘I started to get in the team when Dean Saunders was manager,’ he says of the campaign when Wolves were relegated from the Championship. ‘I liked him. It just didn’t work out. We played Burnley at home second to last game of the season, lost, and that pretty much sent us away.

‘I remember coming in the changing room crying. The really bad thing about relegation is that you don’t lose your job, but other people do. I did think about that.’

The resonance was clear for Doherty, who had grafted himself as a teenager. For two years he worked with his dad Tom in the family upholstery business. The pair would tour Dublin in their van, cleaning carpets and talking football.

‘He still does it, Aqua-Dry, that’s a little plug,’ Doherty says smiling. ‘It was five, six jobs a day. You’d be out of the house by eight, nine, back at seven, eight. They were hard days. You’d have carry some huuuge rugs.

‘I shouldn’t laugh because I know he is probably there, back sore. I have five sisters and a brother and they’ve all been through that business.’

At that age Doherty would travel across the Irish Sea for trials. He came 14 or 15 times but failed to impress. ‘I went to a lot of clubs and didn’t perform — Middlesbrough, Celtic, Sunderland and Portsmouth.

‘I was the same age group as Robbie Brady, Jeff Hendrick, John Egan, who’s at Sheffield United. We played against each other in school football. They moved at 16 then I went to Bohemians.’ 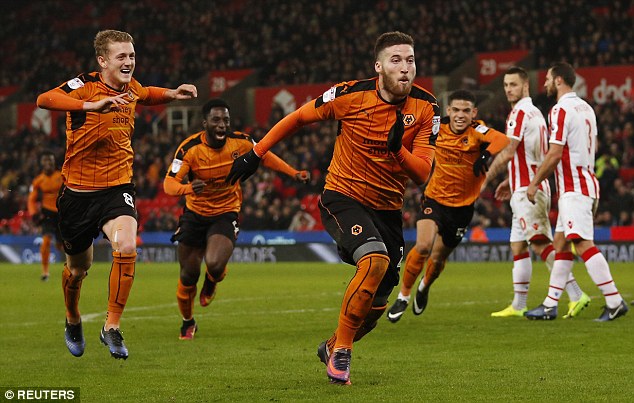 Doherty, pictured celebrating a goal in January 2017, weighed as much as 92kg at his heaviest

PFA PLAYER OF THE MONTH – SEPTEMBER

Voted for by fans

Doherty had not broken into the first-team when a pre-season game against Mick McCarthy’s Wolves proved pivotal. ‘I didn’t play well, just 55, 60 minutes, but for some reason they decided to give me a trial,’ Doherty recalls. ‘I came over for a week and after that they signed me. I was over the moon. £75,000. They’ve done all right!’

Doherty had spent 18 months as a left back when Nuno arrived, but the Portuguese saw his greater potential at right wing-back. ‘Personally I love it,’ he says.

Given the resources and connections available to Wolves, Doherty has done superbly to keep his place. ‘I’m not stupid, there will be a time someone comes in as competition, especially given where the club wants to go,’ he says. ‘I am embracing the challenge.’

He felt early on that last season would be a success, and wasn’t afraid to say so. While Nuno was preaching patience Doherty became Mystic Matt. ‘We played Derby away second game and we were so good. I was on the bus saying, “We’re gonna win the league”. The lads were all telling me, “Oh shut up”. There is video evidence of me saying it to club media, when I signed my new contract in September — but they didn’t put it out!’ 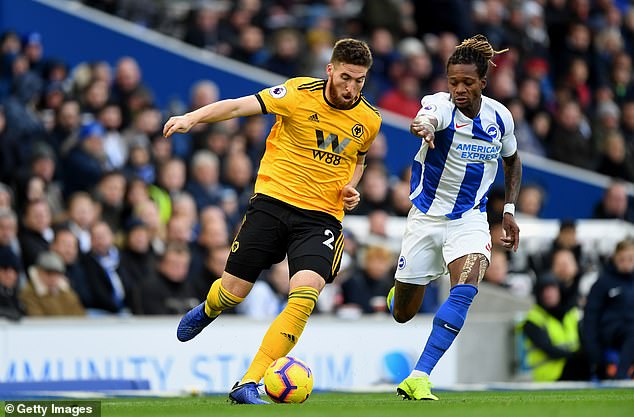 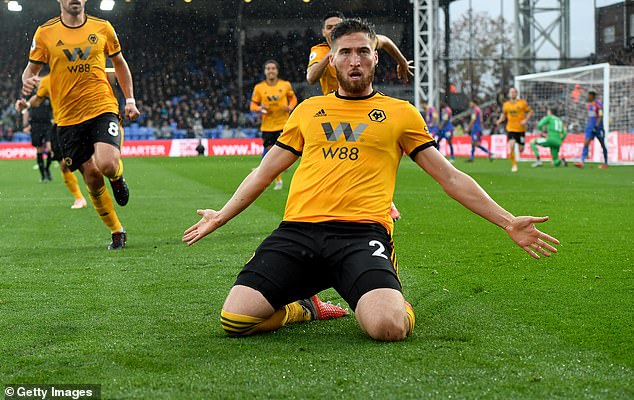 The club’s Chinese owners, guided by chairman Jeff Shi, rewarded the squad handsomely for winning the Championship. Each player got a personalised wristwatch and then there was the team holiday to Las Vegas. ‘Fifteen of us went,’ Doherty says. ‘It was Thursday through Monday. Pool party, dinner, then out. You’re not getting any sleep. Four days is enough and you’re crying to come home.’

The pace is no less frenetic at home. ‘We have a daughter, Nya-Rose, who is one, running around the place,’ he says. ‘She’s pulling DVDs down, in the kitchen trying to open drawers. We have another daughter due in January. Two and out! Although maybe I need a son to carry the name.’

To relax Doherty devours golf. He easily wins our game to chip into the 50-yard basket first but his mind is never far from Wolves and recent defeats by Watford and Brighton have given cause for reflection.

But do not expect Nuno to adjust too much for Saturday’s visit of Tottenham. ‘We might alter the pressing but everybody knows the shape exactly and has it drilled into them,’ he says. ‘That will never change. Most games it works.’

The plan at Molineux is to become a Premier League force. ‘The owners are not shy of saying they have a lot of ambition,’ Doherty says. ‘It’ll be pretty exciting over the next few years. I think anything is possible.’ 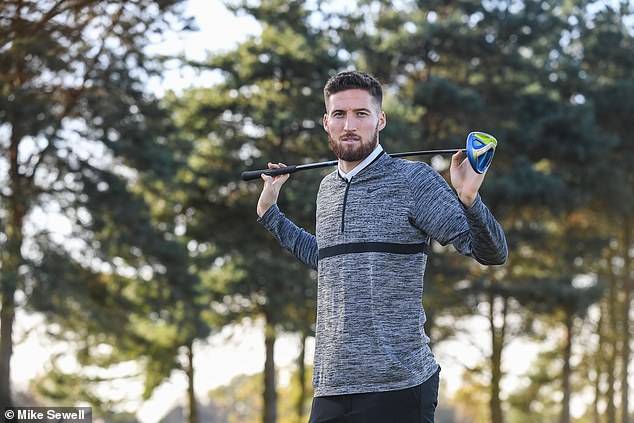