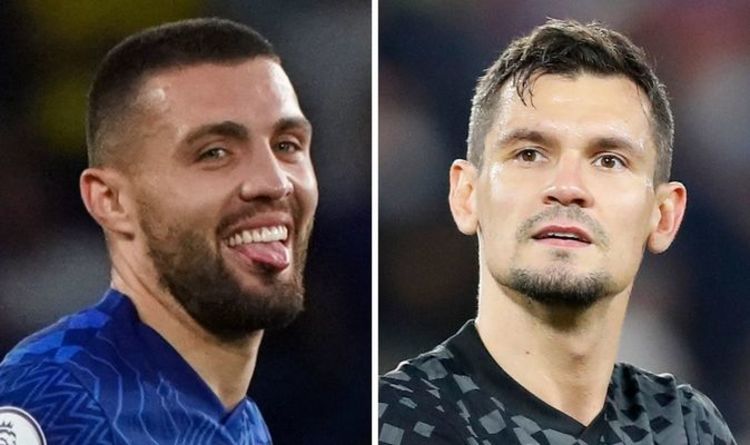 Chelsea midfielder Mateo Kovacic and former Liverpool defender Dejan Lovren will face off when the Blues get their Champions League campaign underway against Zenit this evening. Last season’s winners will be hoping they can get off to the perfect start with all three points against the Russian outfit under the lights at Stamford Bridge.

Chelsea will go into the fixture off the back of a convincing 3-0 win over Aston Villa on Saturday, with Romelu Lukaku scoring a brace either side of Kovacic’s strike that doubled their lead.

However, Zenit will be no pushovers, with the likes of Brazilian international pair Claudinho and Malcom likely to be hungry for goals at the top of the pitch.

An interesting battle could arise between Kovacic and Lovren, who joined Zenit from Liverpool last summer.

The pair are international team-mates for Croatia and formed part of the side that knocked England out of the World Cup at the semi-final stage three years ago.

However, Kovacic will be hoping that Lovren does not make him pay for his previous dig at the Zenit skipper when they go up against each other this evening.

The Chelsea playmaker name-dropped Lovren when giving his verdict on Liverpool’s title chances during a charity event with Croatia back in 2018.

The national side convened for the screening of a film documenting their run to that year’s World Cup final, in which they were beaten by eventual champions France.

The jokes began after the film had ended, with Kovacic declaring: “Liverpool will not be English champions. Why? Well because they have Dejan Lovren!”

Kovacic’s prophecy came true, with the Reds missing out on the Premier League title to Manchester City despite earning 97 points over the course of the campaign.

However, they did lift the Champions League trophy for a sixth time with a comfortable victory over Tottenham in the final.

It remains to be seen whether Kovacic will be tasked with keeping the Blues ticking in the engine room when Zenit make the trip to Stamford Bridge this evening.

N’Golo Kante is still recovering from the ankle injury he was struggling with at the beginning of the season, while Christian Pulisic will also be forced to miss out.

Chelsea boss Thomas Tuchel revealed on Monday that the likes of Malang Sarr, Ruben Loftus-Cheek and Ross Barkley could be handed opportunities to impress ahead of Sunday’s meeting with cross-city rivals Tottenham in north London.

“We have a tight group, a small group but full of high-quality. For whatever reason they didn’t find any other clubs but that doesn’t matter, now they are in the group.

“Once you are part of this group, you have to match the high expectations we have of ourselves and you have to do your duty to perform.

“You have to be match-ready, they all are and they have put their personal situations to one side.

“No promises are made, but they are ready to play and I’m happy for them to be part of this group.”