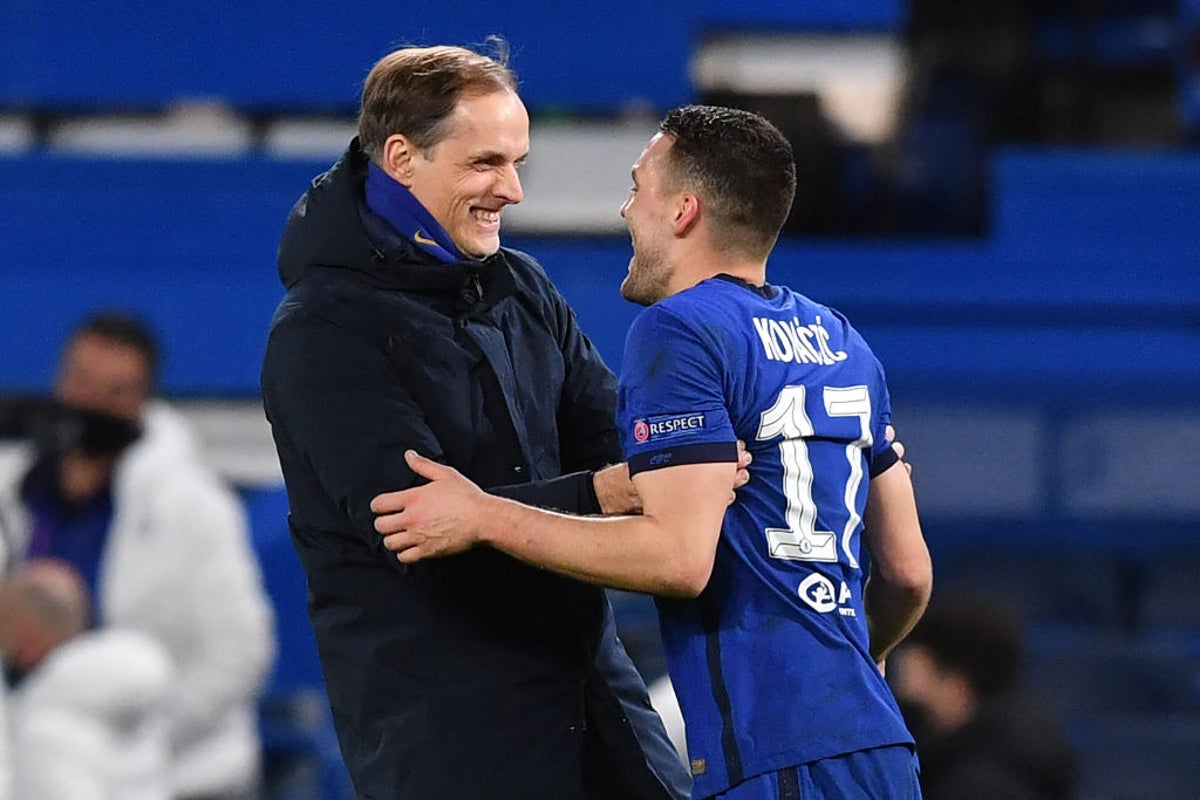 The Croatian has failed to recover from a hamstring injury that has kept him out in recent weeks.

There was better news for the German coach, who believes Antonio Rudiger will be able to play with a mask, after being forced out of the first leg in Valdebebas with a facial injury, before missing the win over Fulham.

He said: “Mateo will not be in the squad, Toni will play with a mask, because he trained with a mask.

“Everybody else is in training today. Everybody is available except for Mateo Kovacic.”

Tuchel also hinted his line-up is unlikely to change due to the performance of the team in the first leg.

“I have my ideas in my mind,” Tuchel said when asked if he has already decided on his line-up. “But I’m too long in the business that anything can happen in the last training, any situation can change my mind.

“I need another sleep and tomorrow I will decide my line-up and give it to my team first. This is the way it is. From performance, there’s no reason to do too many changes.”

“Does Ramos play or not? This is a tough question,” Tuchel admitted. “We will see after the training.

“Does it change for Real Madrid? Yes, a lot. It’s the captain.

“The captain of the most successful team in Europe over the last few years. But we cannot lose our heads over this decision. I think he will start, we will prepare for that.”

Zinedine Zidane will also welcome back Ferland Mendy from injury, with the French left-back travelling to London.

While Marcelo is also available, with the Brazilian released from election duty in Madrid.