‘I try to do what I do in training a lot of times’: Juan Mata reveals he has been perfecting free-kick technique after Juventus stunner as midfielder dedicates goal to goalkeeping coach

Juan Mata reveals he has been practicing free-kicks after training sessions and all the work paid off for the Manchester United midfielder having netted a stunner in the win over Juventus.

The Spaniard came off the bench in the second half and when Paul Pogba was fouled on the edge of the box with United losing 1-0, Mata assumed responsibility and curled it over the wall and into the top corner with his left foot.

The wild celebrations on the Manchester United bench were focused on goalkeeping coach Emilio Alvarez Blanco as Mata sprinted over and jumped into the coach’s arms having seen his effort after training rewarded. 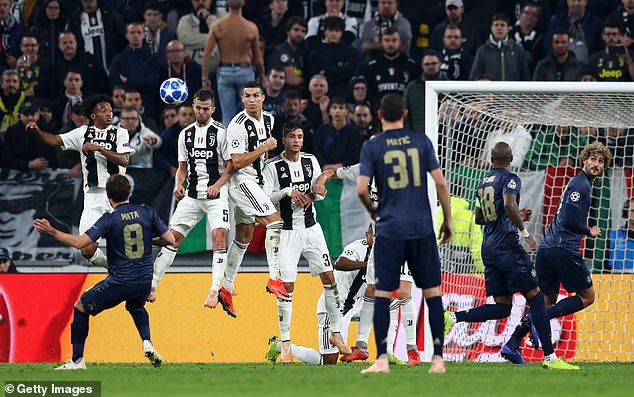 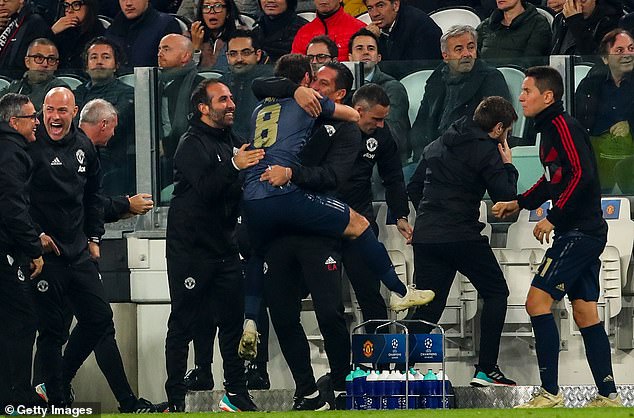 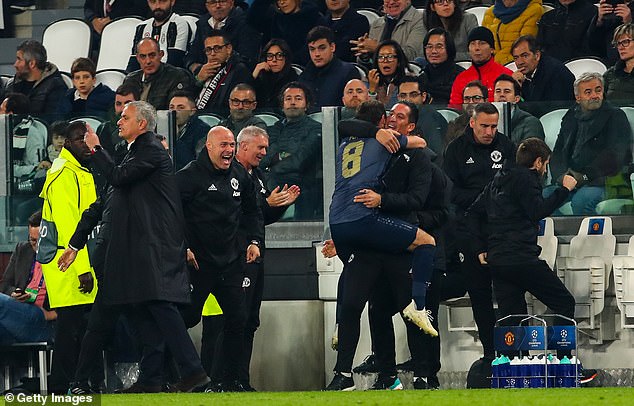 Speaking to BT Sport after the match, Mata said: ‘I have confidence in the free-kicks at the moment. I train a lot after training.

‘I like to stay with some balls and goalkeepers. It was important at 1-1 and maybe in future there will be substitutes in football where you can go, take the free-kick and come off!’

‘It was a very very good night for us to win here today, get the three points against Juventus in Italy. It’s amazing. It was a very difficult game. 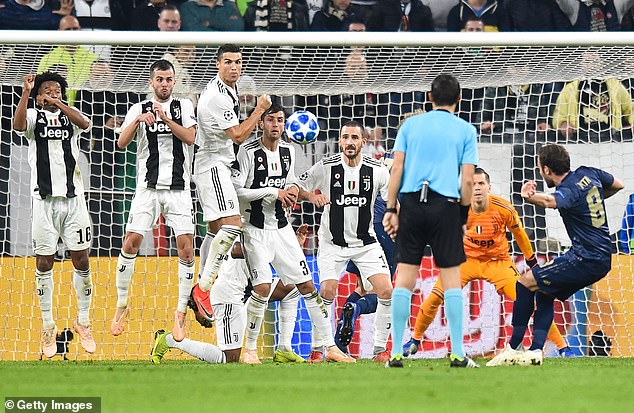 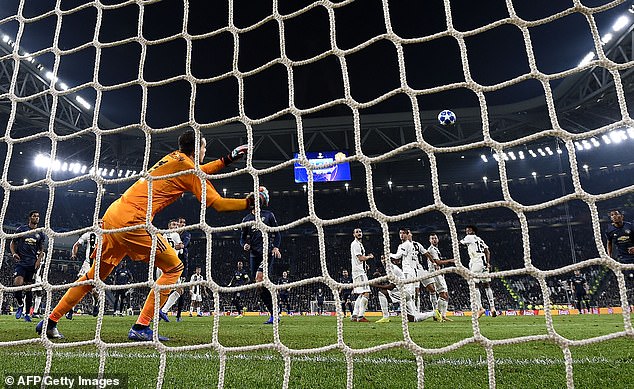 ‘They have fantastic players but we come back to Manchester with the three points and that’s football.’

United fell behind after Cristiano Ronaldo netted a stunner and it appeared Juventus would go on to secure back-to-back wins over United.

But first Mata, and then an own goal from Alex Sandro, put United into the lead for the first time on the night and Group H is now wide open with qualification back in United’s hands with two games to play.

For Mata, the result against one of Europe’s most in-form teams is a statement of this revived team having produced a number of comebacks domestically in recent weeks against both Newcastle and Bournemouth.

‘A draw is not bad here but we get a massive three points. It’s a massive step for us in trying to qualify.’ 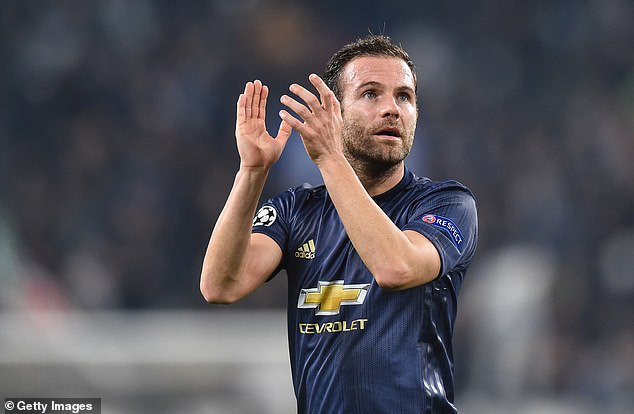 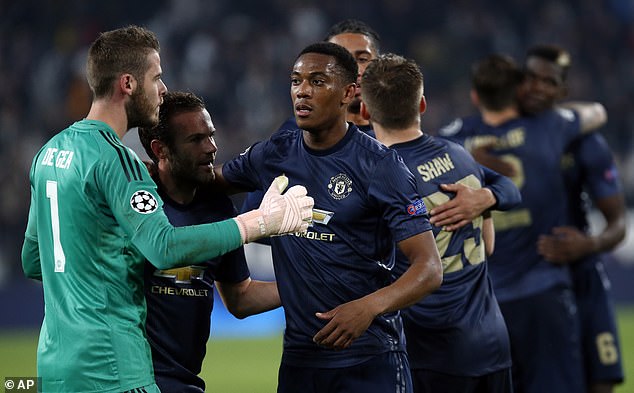 Jose Mourinho moved to appoint one of David de Gea’s most trusted confidants as the club’s new goalkeeping coach in July 2016.

When Quique Sanchez Flores, Atletico Madrid coach at the time, and his keeping coach Alvarez took over, De Gea, then 18, was in line to be sent out on loan.

Alvarez said: ‘El Nino (the boy) is the best one.’ Flores replied: ‘Are you serious? He is weak physically, he looks like a little boy.’

They developed a training regime and by the end of the season, De Gea was the first-choice goalkeeper of a Europa League-winning side.

Alvarez is a close friend of Jorge Mendes, Jose Mourinho’s agent. It is likely that Mendes and De Gea recommended the coach.