‘I hit the axe in my leg. An inch higher and my career was over’: Martin Dubravka has been a revelation in goal for Newcastle… pity about his wood-chopping skills!

Excuses are everywhere in sport if you look hard enough, so sometimes it’s best to turn the other way.

At Newcastle United, miserable early form has left them second bottom of the Premier League without a win. The supporters are blaming Mike Ashley, the penny-pinching owner of St James’ Park, but at the club’s Benton training ground such talk is unwelcome.

‘If you want to be a really great player you can’t make excuses,’ said goalkeeper Martin Dubravka. ‘What good is an excuse? Where does that take us? Nowhere. So we don’t discuss it. 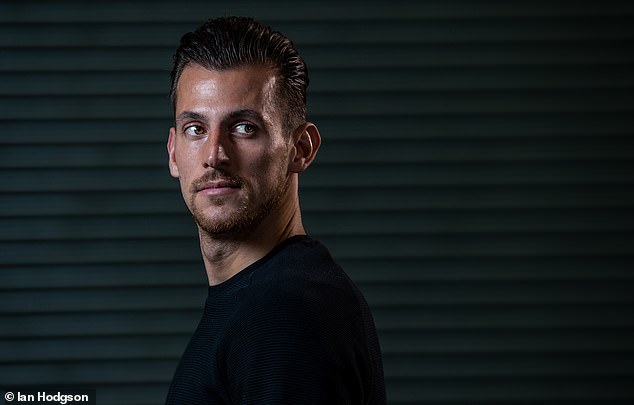 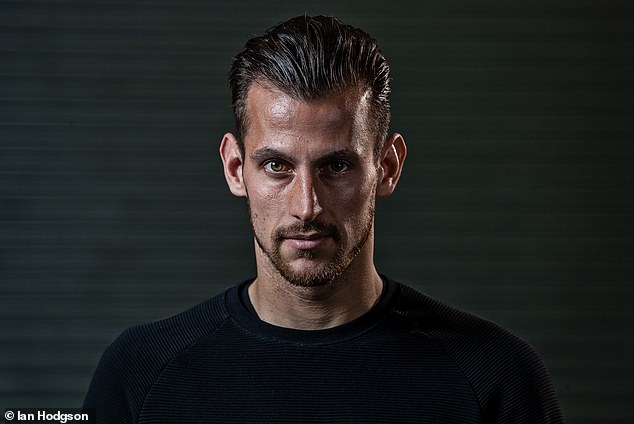 ‘Of course we hear the fans talking about the owner and the team but I am not interested.

‘I have quit the English channels on my TV because if you are not careful these things can get really deep inside your head. Then it’s hard. So I don’t listen to it. Mike Ashley is not my business. Here we just need to do our jobs.’

At Benton this week, Newcastle didn’t feel like a club with its chin on its chest. It rarely does.

Nevertheless, things must turn soon. Newcastle have registered only six league goals and no points at home. They welcome Watford on Saturday and then Bournemouth next week so opportunity is here.

‘If one of us gives up then the others will not tolerate it,’ said Dubravka. ‘It’s time to get points. Defeatism will not happen here.

‘I am a positive person but not over the top. Sometimes you need to be honest and say things. We have done that. We had some meetings.’

Dubravka has only been at Newcastle nine months but it feels longer. He marked his debut with a clean sheet in a home win over Manchester United and has been a prominent part of Rafael Benitez’s team ever since. 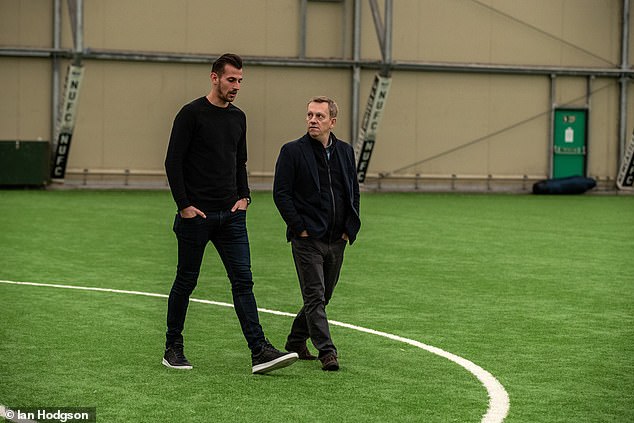 Dubravka spoke to Ian Ladyman, Football Editor of the Daily Mail, at the club’s training ground

7 – Martin Dubravka has kept seven clean sheets since his Premier League debut in February. Since then, only Manchester City’s Ederson has kept more (12).

The 29-year-old Slovak is a useful if unwitting propaganda weapon in Benitez’s transfer war with Ashley. Dubravka cost only £3million and his signing points to what the Newcastle manager could do in the market given the chance. When we met this week, the goalkeeper laughed at that. ‘It is not like I am some famous star or something,’ he said.

For Dubravka, Newcastle simply represents a long-awaited opportunity. Opportunity to prove himself after years being told he wasn’t good enough for the Premier League, opportunity to make his goalkeeper father Josef proud and opportunity to explore England with his travel-hungry girlfriend Lucia.

After that game against United in February, Dubravka said that ‘this has completely changed my life’ and he meant it.

‘I still feel that every day,’ he smiled. ‘People always asked me why I was only focused on my football and not on other things.

‘When I was 19, players at my club Zilina in Slovakia asked me why I was always doing extra, extra, extra. They said it was no point because I wouldn’t make it. But I did make it.

‘When the deal to Newcastle was done I just called Lucia and said, “Babe, it’s happened. Pack your things and let’s prepare for a different life”.’ 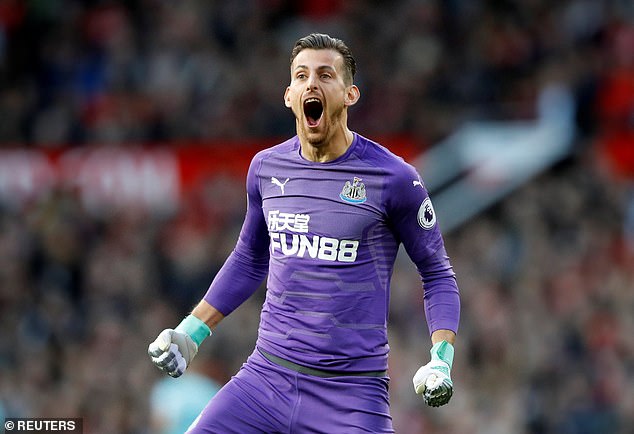 Early life for Dubravka in north-west Slovakia was about sport. He was a ball boy at Zilina when his father was in goal for the reserves. ‘I lived for football,’ he said. ‘Dad was my idol and when I was ball boy I could see him right there in the goals. As a kid it was inspirational. Maybe he was trying to make me proud of him . . . I felt it.’

Every boy wants to impress his father but for five-year-old Dubravka it went a little far. Despite instructions to the contrary, an attempt to help Josef with some wood chopping almost had life-changing consequences.

‘I could see my father chopping so I hid myself and tried to do it too,’ he said. ‘I tried to make them proud. “I will bring the wood for you. I will do that”.

‘But I hit the axe in my leg. The doctor said had it been an inch higher it would have finished my career, I wouldn’t walk. The pain came with the stitches. Oh my god. Later in childhood, I fell on my elbow and I wouldn’t let them stitch it. So I still have the stone stuck in there now.’

Early promise as an ice hockey player was ended by the accident and Dubravka’s focus became football. His excellent English was learned playing in Denmark before he eventually ended up at Sparta Prague some years after turning down an approach from the Czech club made by former Newcastle keeper the late Pavel Srnicek.

‘I would not have been first choice in the team so I said no,’ he reflected. ‘It was hard as he had presented me with a trophy once when I was 15 and told me I would go far. But that move wasn’t right so I said no. I think he was a little angry.’ 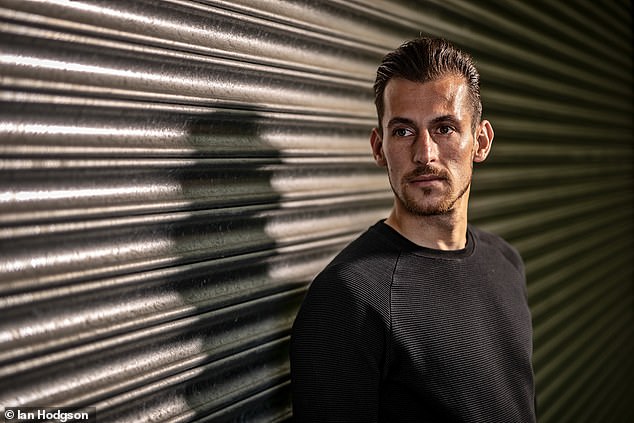 January’s move to Newcastle was certainly right and he was encouraged by Sparta team-mate Tomas Rosicky, once of Arsenal.

‘He told me he liked playing with me but that I had to come here,’ Dubravka said.

Scouted by Chelsea aged 21 and subsequently receiving offers from Sheffield United and Aston Villa, Dubravka was still relatively unknown when he arrived here.

It is rare for a foreign goalkeeper to settle so quickly and that is what makes his progress at Newcastle so notable.

Along with captain Jamaal Lascelles, he has emerged as an unlikely leader during difficult times even if he can’t quite understand the recent fuss over a squad dinner with Ashley.

‘Why do you think it was weird?’ he asked. ‘I saw the paparazzi but in my mind he came with a great mood to shake our hands.

‘He was trying to support us and it was normal for me because I have sat many times with the owners in my career. It was just dinner and a little talk, not just football. So I didn’t see it in a bad way. We made some jokes. It was fun actually.’

Make of that what you will but Dubravka’s debt to Benitez is clear and more obvious.

‘He is the most important person,’ he said. ‘He came here from the big clubs and the fact he wants to take the club back to the top six is a great vision. It’s great to know it. He is so important for the club and the city. He never stops advising me.’

Over the course of a 45-minute conversation, it is easy to see why Dubravka has taken to his club and it to him. He has stature and confidence unusual in a new player. Newcastle need more of this. 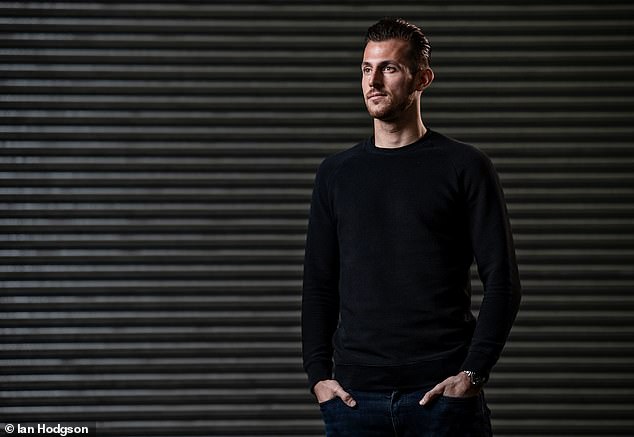 After allegedly partying with team-mates on international duty last month, Dubravka is said to have told Slovakian coach Jan Kozak that he was having a ‘difficult patch’ at Newcastle.

Kozak has since resigned over the incident, though Dubravka disputes its significance. ‘In my eyes, nothing really happened,’ he said.

If Dubravka is indeed having difficulties in the North East then he is hiding them well. He was his team’s best player in the draw at Southampton last weekend and it was not the first time.

‘I see defenders throwing themselves at balls in front of me,’ he said. ‘That helps me, you know. We just have to do our jobs. We will be OK. It’s about work.

‘At my first club if we were meeting at 9am I would come in at 8am and if training ended at 12 I would stay until 1pm. It gave me the confidence to know I had everything I needed.

‘I had a private coach from aged 17 until 20. Almost every day we worked. I am now where I want to be in my career and life.

‘People can see me in the city centre every day. We don’t have kids so want to experience everything. We have visited castles and been to Durham. We flew to Milan and Barcelona as well. You have a football life but you have a private life too and that’s the one you must not forget to live.

‘Being here is what all the work was for. So I am not going to throw that away, now am I?’