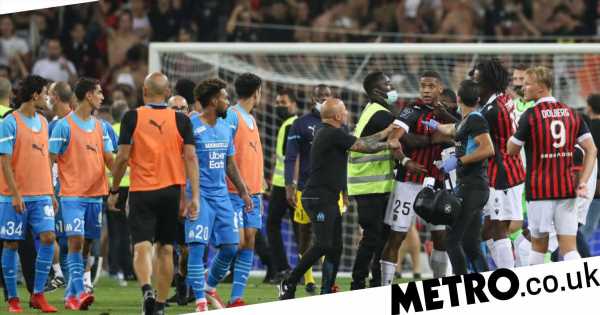 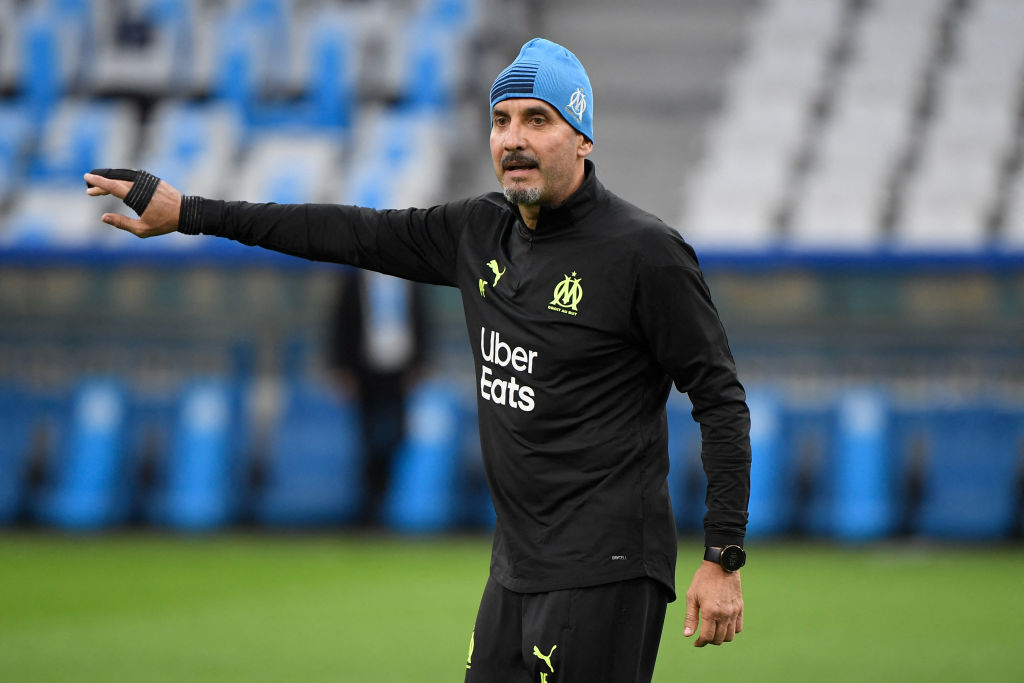 Marseille physio Pablo Fernandez has been banned for the rest of the 2021/22 season after his part in the chaotic brawl during the match against Nice, with Nice docked one point.

The Ligue 1 clash last month was abandoned after Nice fans stormed onto the pitch and there were violent clashes between supporters, players and coaches.

After a bottle was thrown at Marseille’s Dimitri Payet at the Allianz Riviera, the former West Ham man threw it back into the stands, sparking the melee.

As a result Payet has been handed a suspended one-match ban, with teammate Alvaro Gonzalez given a two match ban.

However, the most sever individual punishment was reserved for Fernandez who was seen punching a fan who ran onto the pitch.

The governing body LFP issued a statement which read: ‘Meeting this Wednesday, the Disciplinary Commission of the LFP ruled on the incidents which punctuated the match of the 3rd day of Ligue 1 Uber Eats between OGC Nice and Olympique de Marseille.

‘After reading the investigation report in the presence of the two clubs, the Commission decided to replay the match on a relocated field. In addition, two penalty points were imposed on OGC Nice, including one suspended point.

‘Regarding the players, defender Alvaro Gonzalez received two games of suspension. As for his teammate Dimitri Payet, he was sanctioned with a suspended match.’

The match will now be replayed behind closed doors and at a neutral venue.

Nice have actually been deducted two points but one is suspended.