‘There is a spring in everybody’s step’: Southampton boss Mark Hughes insists his players are working hard to end their abysmal run of form

Southampton boss Mark Hughes believes hard work is the only way to get his side moving back up the Premier League table.

The Saints have not won in the league since the start of September, and have gone four matches without a goal.

Bottom club Newcastle head to St Mary’s Stadium on Saturday, when Saints fans will be hoping for a long-overdue first home victory of the season. 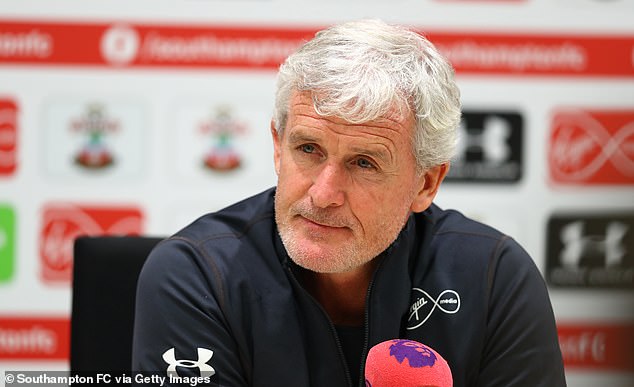 Despite the current poor return, Hughes maintains there is a ‘spring in everybody’s step’ as the squad look to move on from last season’s draining relegation battle.

‘We’ve got a group here that is working really hard,’ the Southampton manager said.

‘It is more our emotions are based on frustrations in terms of what we feel we should have had on the board in terms of points.

‘We feel we are a decent side in this league and it is up to us to make sure we get the points on the board which we feel our performances deserve, and that is an on-going process.’

Hughes added at a press conference: ‘There is a spring in everybody’s step, everybody is working well, that gives us the confidence in the environment here.

‘The feeling is that we are very close to where we want to be in terms of performances being matched by results, we are not a million miles away now.’

The Saints boss insists everything is being done on the training pitch to produce the required outcome at full-time. 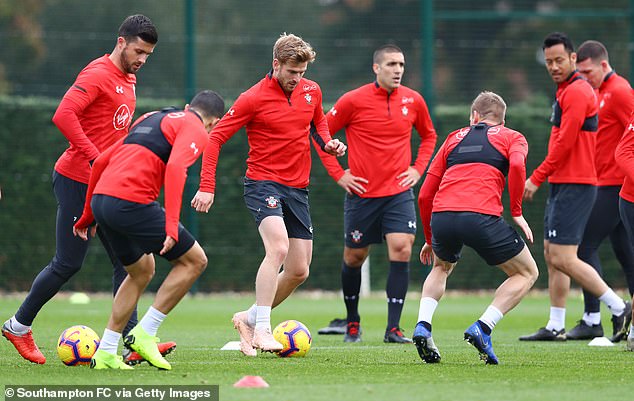 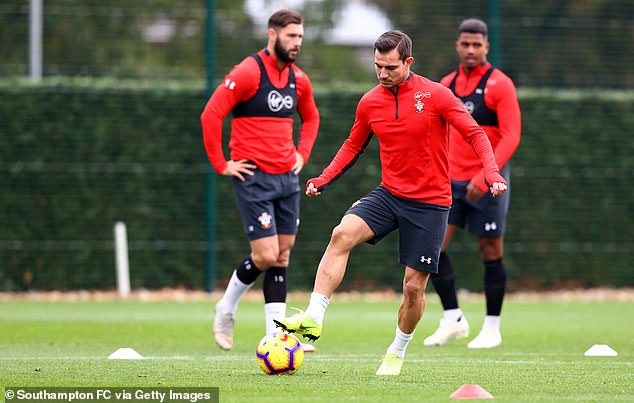 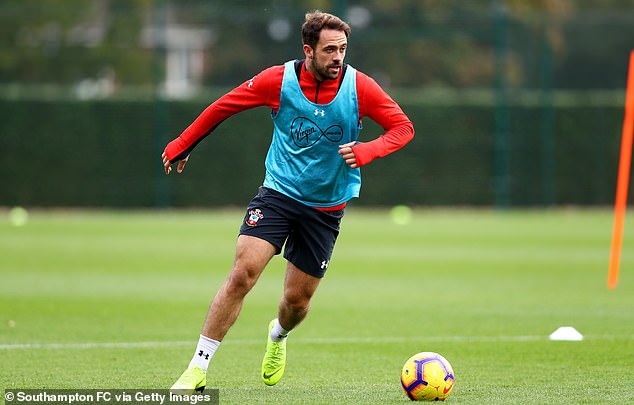 Despite the current poor return, Hughes maintains there is a ‘spring in everybody’s step’

‘Every week we work exceptionally hard to give the guys all the information and preparation they need to get the job done, so we will continue with that,’ said Hughes, who was appointed during March and managed to keep Southampton in the top flight.

‘The squad has not changed that much from last season to what we have this year.

‘I feel the group is waiting to make that step, to have that confidence to go into games and be very confident in the outcomes of games.

‘But the Premier League is very difficult to get points in and we have struggled for quite some time, that situation is not going to change overnight.’

Hughes added: ‘We are going to continue working extremely hard to make sure it keeps on an upward trend.

‘It will be a long process, but we have good signs and a good group who are working hard together, when you have got that, then you always have a chance.’

Newcastle head to the south coast on the back of five defeats from the past six matches.

Hughes hopes his side can extend that disappointing form.

‘We’ve got to make sure that out of all the fixtures they’re going to face, Southampton, in five or six weeks, was one which was a little bit beyond them,’ he said.