Summer signing Danny Ings has scored half of the club’s six top-flight goals this season, while fellow strikers Charlie Austin, Manolo Gabbiadini and Shane Long have yet to get off the mark. 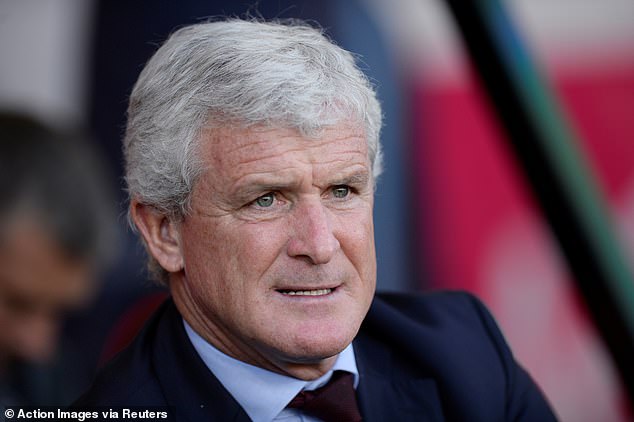 Ings partnered Austin in attack at the Vitality Stadium, with Gabbiadini and Long each having chances to claim a winner after coming off the bench.

Manager Hughes said: ‘We’ve talked about trying to get better quality balls into the box, obviously we’ve got two goalscorers on the pitch (on Saturday).

‘That’s their reputation, that’s what they’ve built their careers on, but clearly they need service.

‘And maybe we’ve been a little bit reluctant in recent weeks to put good quality balls into areas.

‘So we talked about trying to up the amount of crosses that were going into the opposition box to make opposition defenders actually defend rather than us taking the option just to keep possession.

‘Hopefully that will help us.’

Southampton’s last Premier League goal was an Ings penalty in the 65th minute of the 2-2 draw with Brighton on September 17.

Italian Gabbiadini had a golden opportunity to change that on Saturday but he headed over in stoppage time with the goal gaping, meaning Saints have not scored for 385 minutes.

Cherries boss Eddie Howe accepted his team were below par and feels they lost some momentum during the international break following the 4-0 win at Watford on October 6. 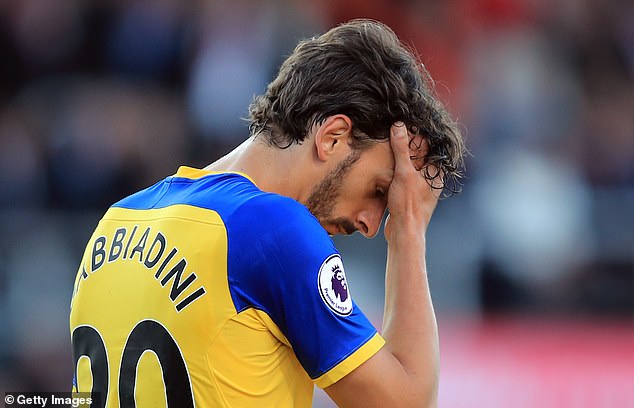 ‘You lose players, you don’t see them, you’re working with a smaller group and when they come back you have a very short time to prepare for the game,’ said Howe.

‘But that would be the same for every Premier League club, we’re not alone in that.

‘I suppose the difficulty for us was on the back of such a good run of results, you want to keep that feel but unfortunately we weren’t able to do it.

‘It didn’t work for us (on Saturday), we’ll go away happy with the point in the respect that we didn’t play well but we didn’t lose.’