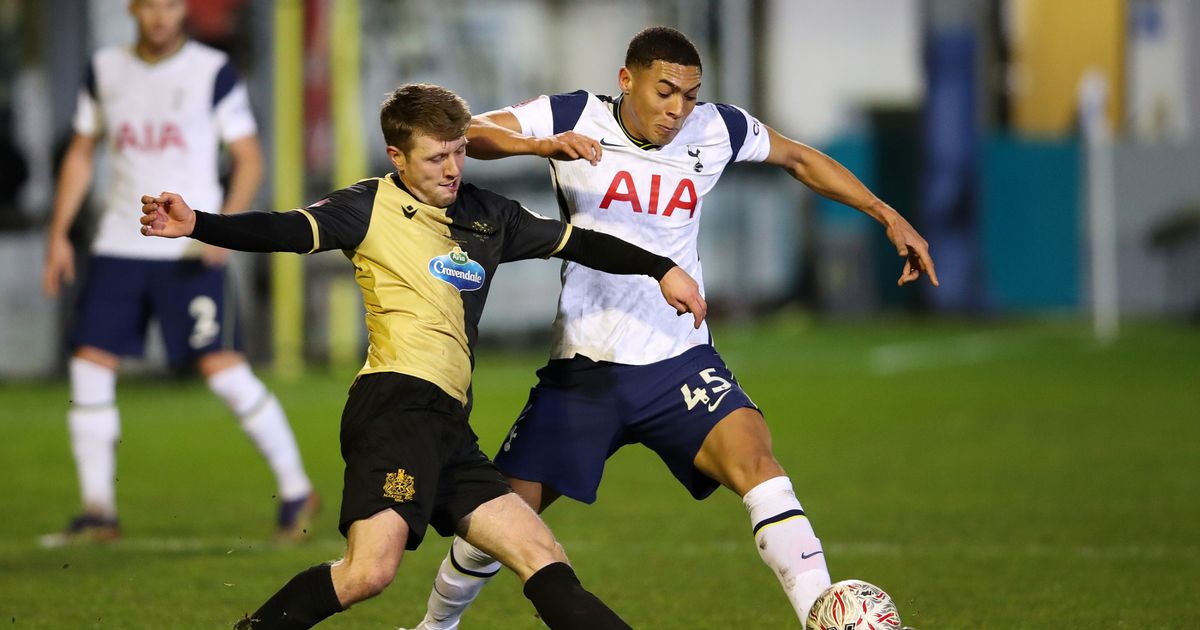 Carlos Vinicius may have hammered Marine with a first-half hat-trick, but the non-league club enjoyed a bumper pay day and an occasion to remember in the FA Cup third round.

Marine compete in the eighth tier of English football and a clash with Premier League contenders Tottenham would normally have been a historic event for fans.

But with the match played behind closed doors due to coronavirus restrictions, club chiefs came up with an ingenious idea of selling virtual tickets for the tie.

Prior to kick-off, Marine announced they had sold 23,000 virtual tickets, which cost £10 each to fans across the country wishing to support them.

This means Marine earned £230,000 as they 'smashed' their record in-person attendance of 6,000. Television and prize money means the club is likely to bring in well over £300,000 from the third-round tie despite no fans attending the game.

It will come as a consolation to the part-timers, who found themselves 4-0 down to Spurs at half-time thanks to a ruthless hat-trick by Carlos Vinicius and Lucas Moura's strike, before 16-year-old Alfie Devine added a fifth after the interval to become Spurs' youngest ever goalscorer.

Marine launched their virtual ticket scheme hoping to raise £30,000, with CEO James Leary claiming such a sum would be "massive" for the club.

"Thirty thousand pounds to us is absolutely massive," he told the BBC. It's about a quarter of the wage budget for a year.

With the Marine Travel Arena's 3,185 capacity empty, Leary was braced for a missed opportunity as he spoke in the build-up to the tie.

He added "The fact that we haven't realised all the revenue we could have done, it's galling. And of course it's not just financial, it's the fans.

"We might only get 450-500 people per game, but the fact that they haven't been able to come to all the games is just heart-wrenching."

But the generosity of local fans, as well as those up and down the country, means Marine are arguably the big winners of the FA Cup third round.