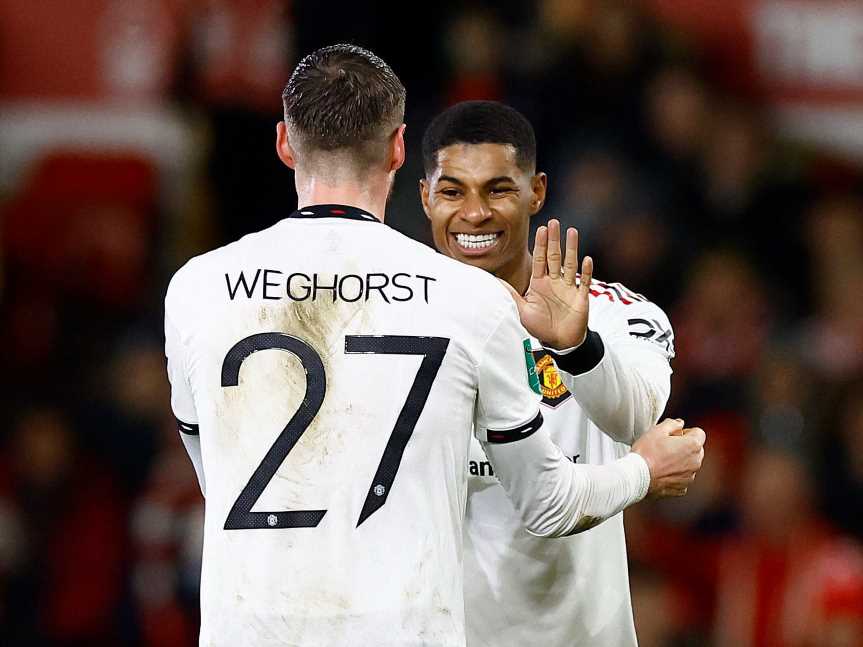 It was not the most important goal a forward with the initials MR has scored for Manchester United against Nottingham Forest – not when Mark Robins went down in folklore as the man who saved Sir Alex Ferguson’s job – but it was possibly the best.

Perhaps the finest goal of what is shaping up as the greatest season of Marcus Rashford’s career might lead to the kind of prize United have lacked in recent seasons. As in 1990, when Robins struck against Brian Clough’s team, United could be on course to end a lengthy wait for silverware with a first honour of a manager’s reign. Erik ten Hag had described winning trophies as the best feeling. It is one United are on course to experience, with a three-goal lead to take back to Old Trafford and a probable Carabao Cup final after that.

Their road seems ever likelier to lead to Wembley. Rashford’s journey took him from United’s own half to the Forest box in an eviscerating burst. For the Mancunian, the last year has brought a route from the worst spell of his career to the best form: 12 months ago, he had already scored his last goal of the season. Now, with 10 goals in as many games, he is on course for his most productive campaign.

If he was a predictable scorer in Forest’s first home defeat in four months, and Bruno Fernandes an unsurprising one, they had unlikely company: when Rashford’s golden run began, Wout Weghorst was still a Besiktas player. He opened his United account and if the scoreline felt harsh on Forest, who may have been the better team in the first half but went in 2-0 down at the interval, then it was because United stretched the margin of victory. Fernandes drilled in a half-volley in the 89th minute to make it 3-0. Forest need a first win over United in almost three decades and it for to be emphatic enough to overcome that deficit.

This was Forest’s first major semi-final for 31 years – they are more accustomed to the last four of the play-offs than of cup competitions – and, rousing as the atmosphere was, Rashford was quick to alter the context. 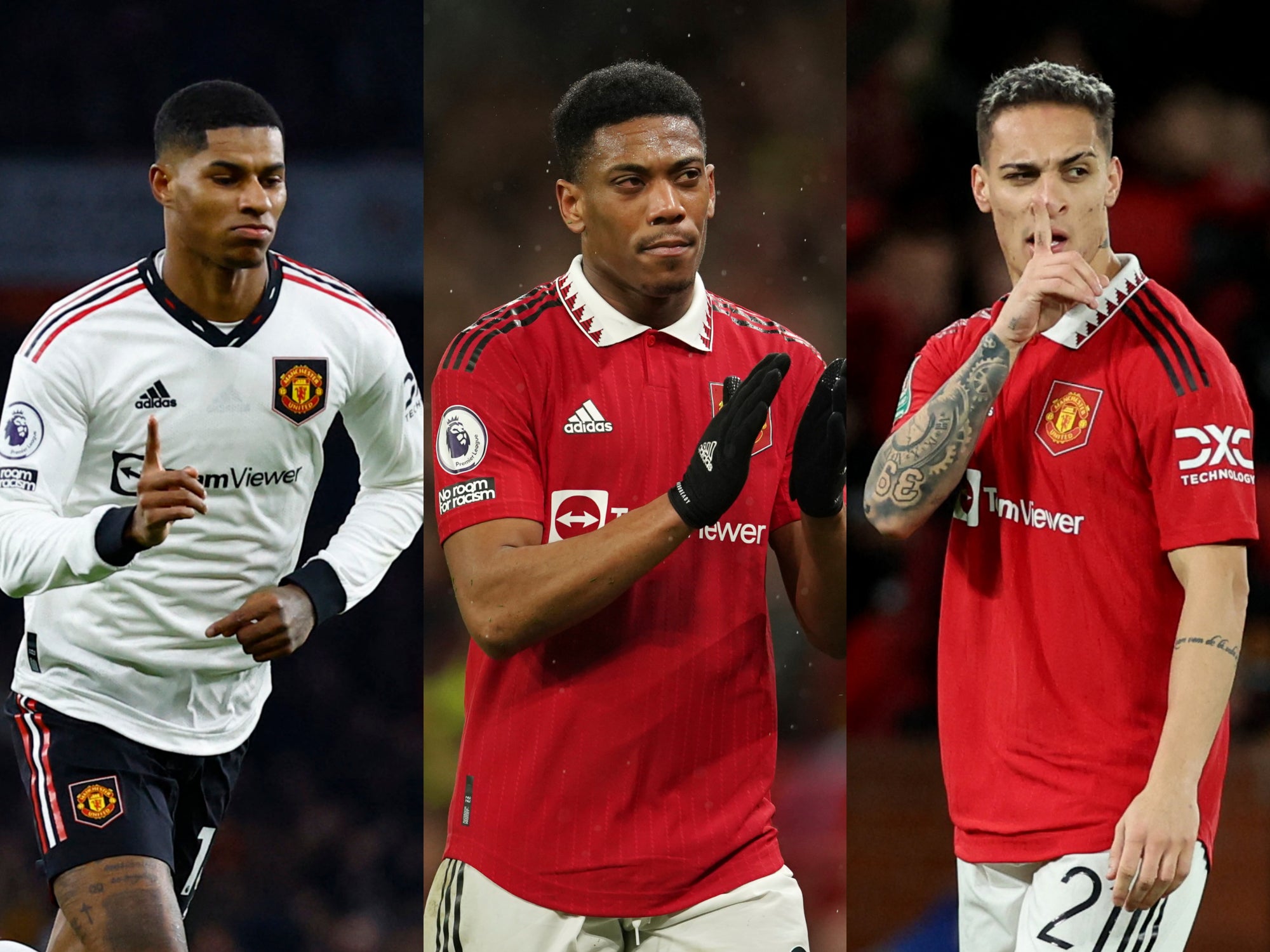 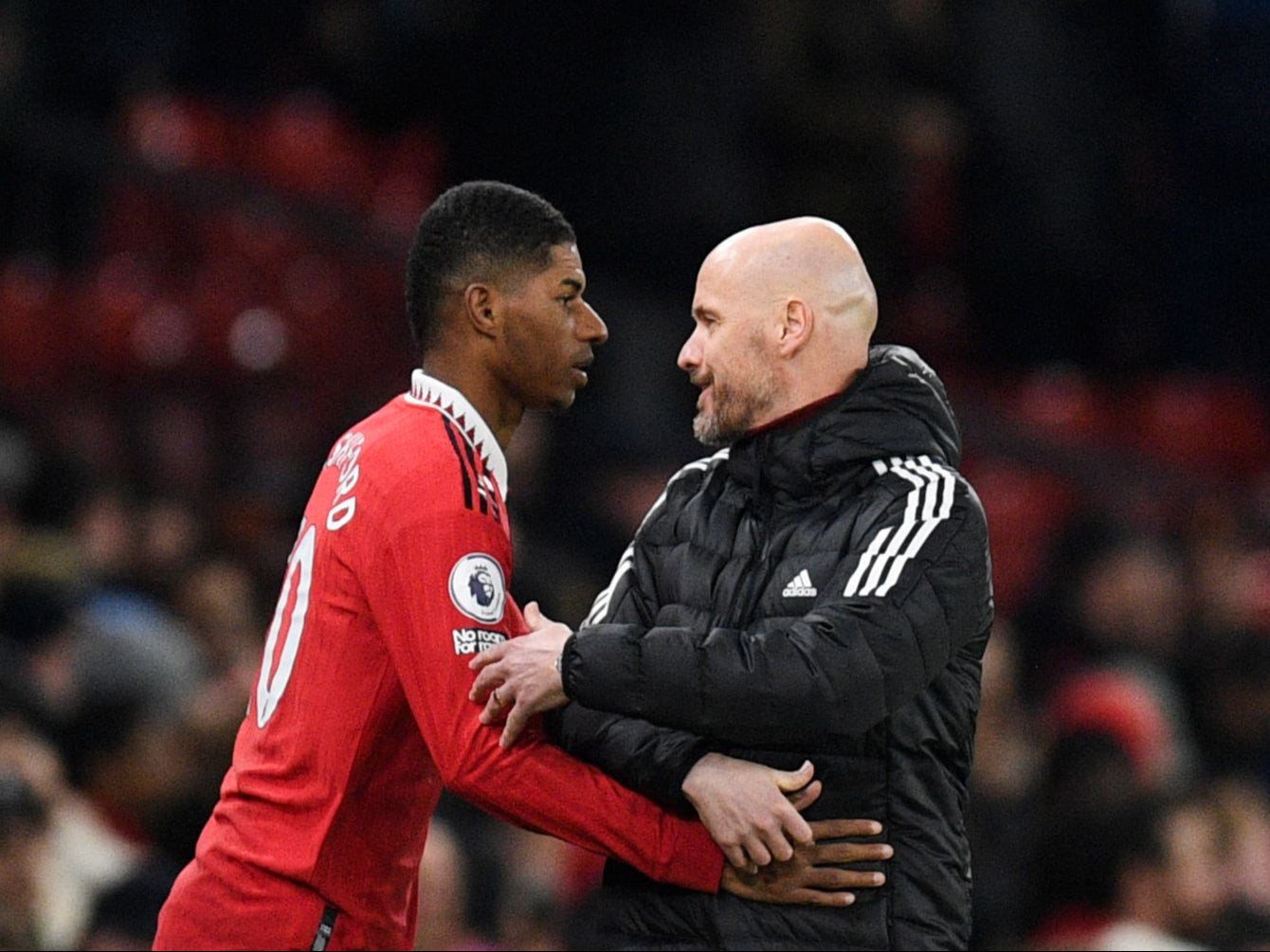 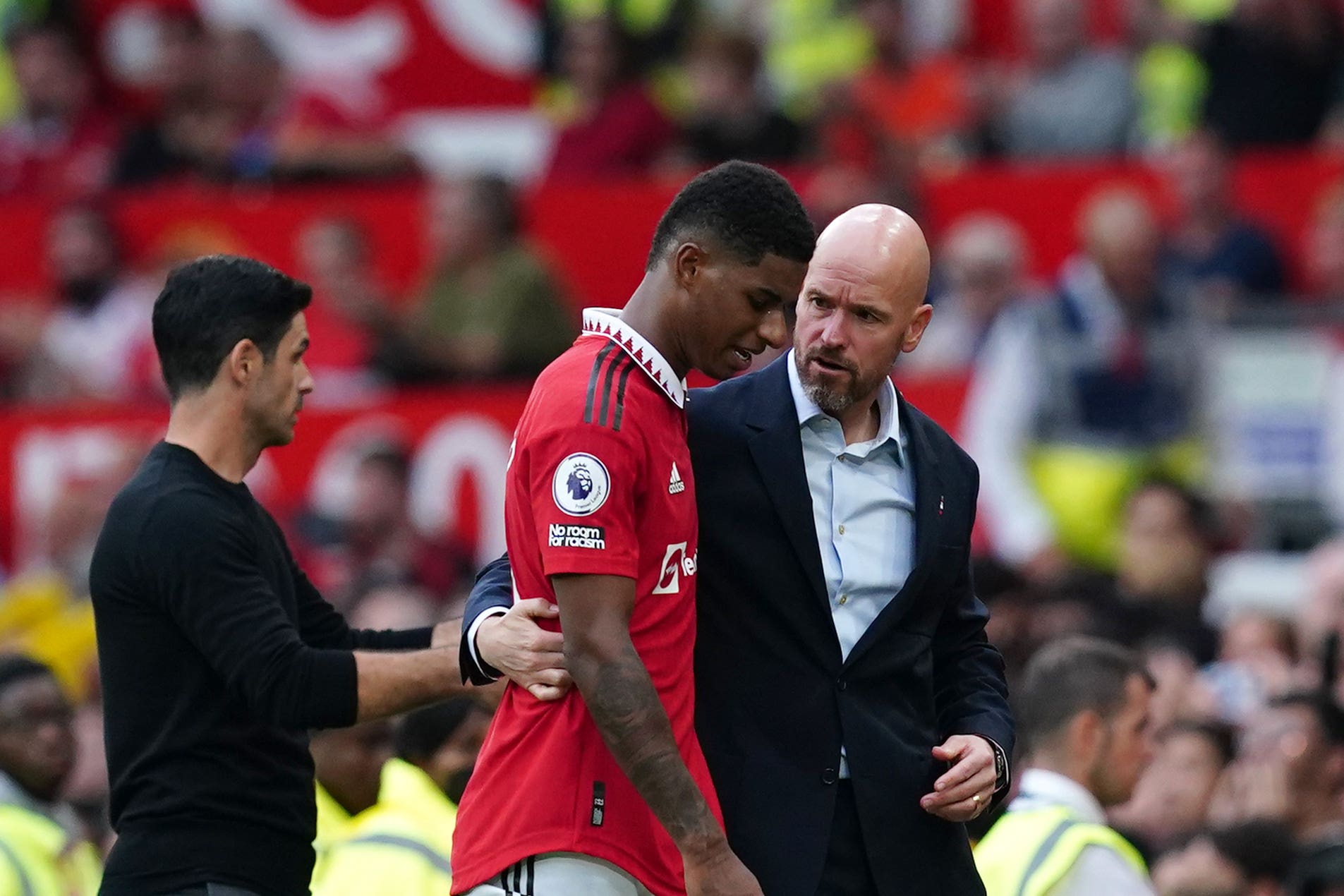 He had already scored one goal in this competition after a 50-yard solo run. He got another and, after surging clear on the right flank against Burnley, he collected Casemiro’s pass in his own half and accelerated along the left touchline. Then he cut in between Remo Freuler and Joe Worrall to lash a shot past Wayne Hennessey. Rashford made a stunning goal look easy; it was not the only time he looked too quick for Forest or, indeed, the only occasion he found space behind Serge Aurier. 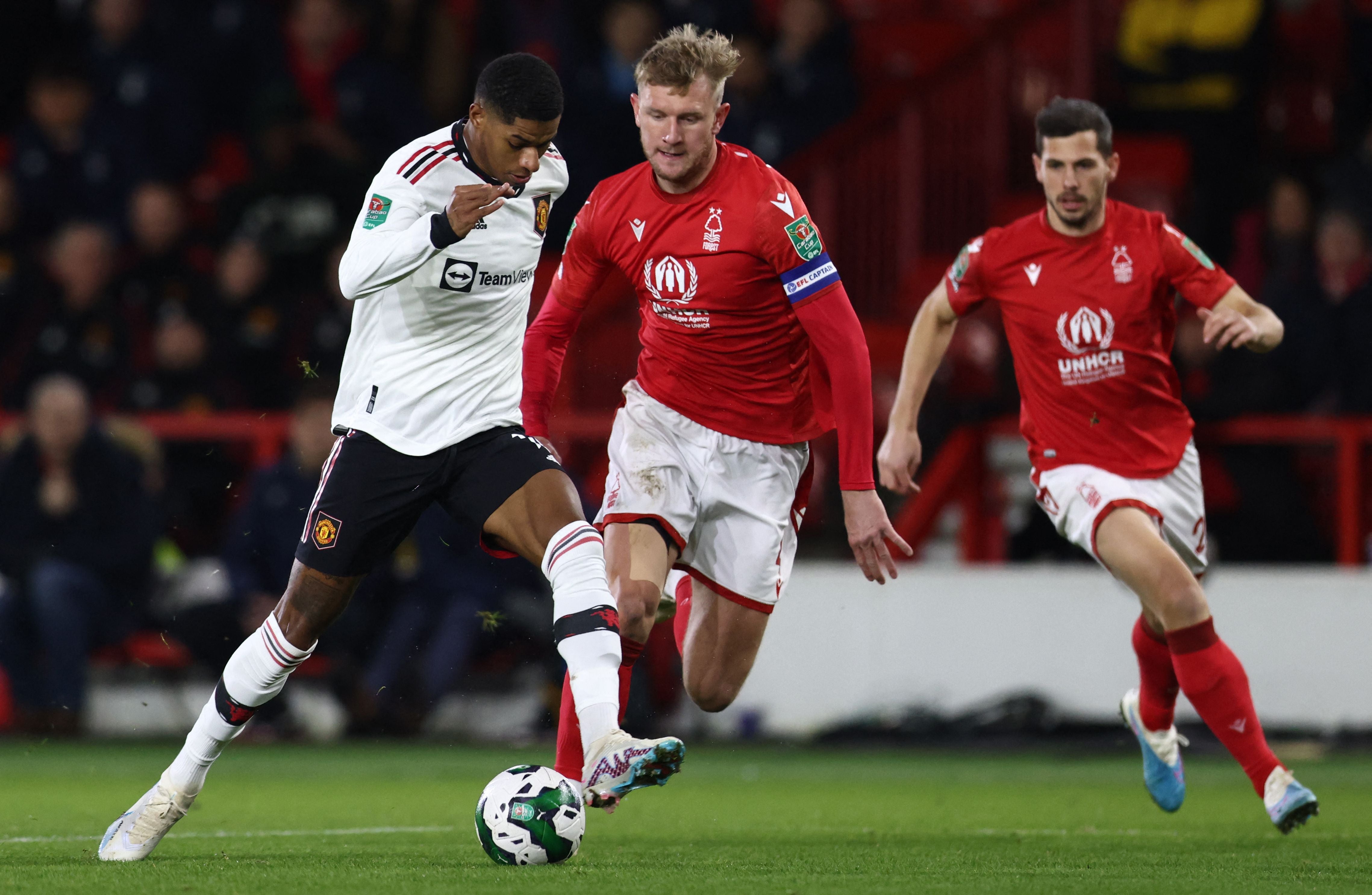 Thereafter, he was involved in the build-up when Weghorst scored his first United goal. The Dutchman converted the rebound when Hennessey pushed Antony’s volley straight back out to him; Forest had reasons to rue the absence of their first-choice goalkeeper, Dean Henderson, who was both injured and ineligible to face his parent club.

Before playing his part in Weghorst’s goal, Antony had three chances to double the lead; with the last, he should have done. Wayne Hennessey repelled his shot after a move the Brazilian both began, with a driving run, and finished, after Fernandes’ pass. Yet while he is yet to be credited with an assist as a United player, at least he contributed to their second goal.

In the second half, Christian Eriksen curled a shot against the bar before Fernandes completed victory. Rashford had been withdrawn with half an hour to go, his job done. Ten Hag was able to remove him as United were exerting more control.

Before the break, he had cut a dissatisfied figure when Forest cut United open. He was without half his first-choice back four with Raphael Varane rested and Luke Shaw ill. Shorn of them, United were susceptible to the counter-attack as their defence was troubled by their hosts’ vibrancy. 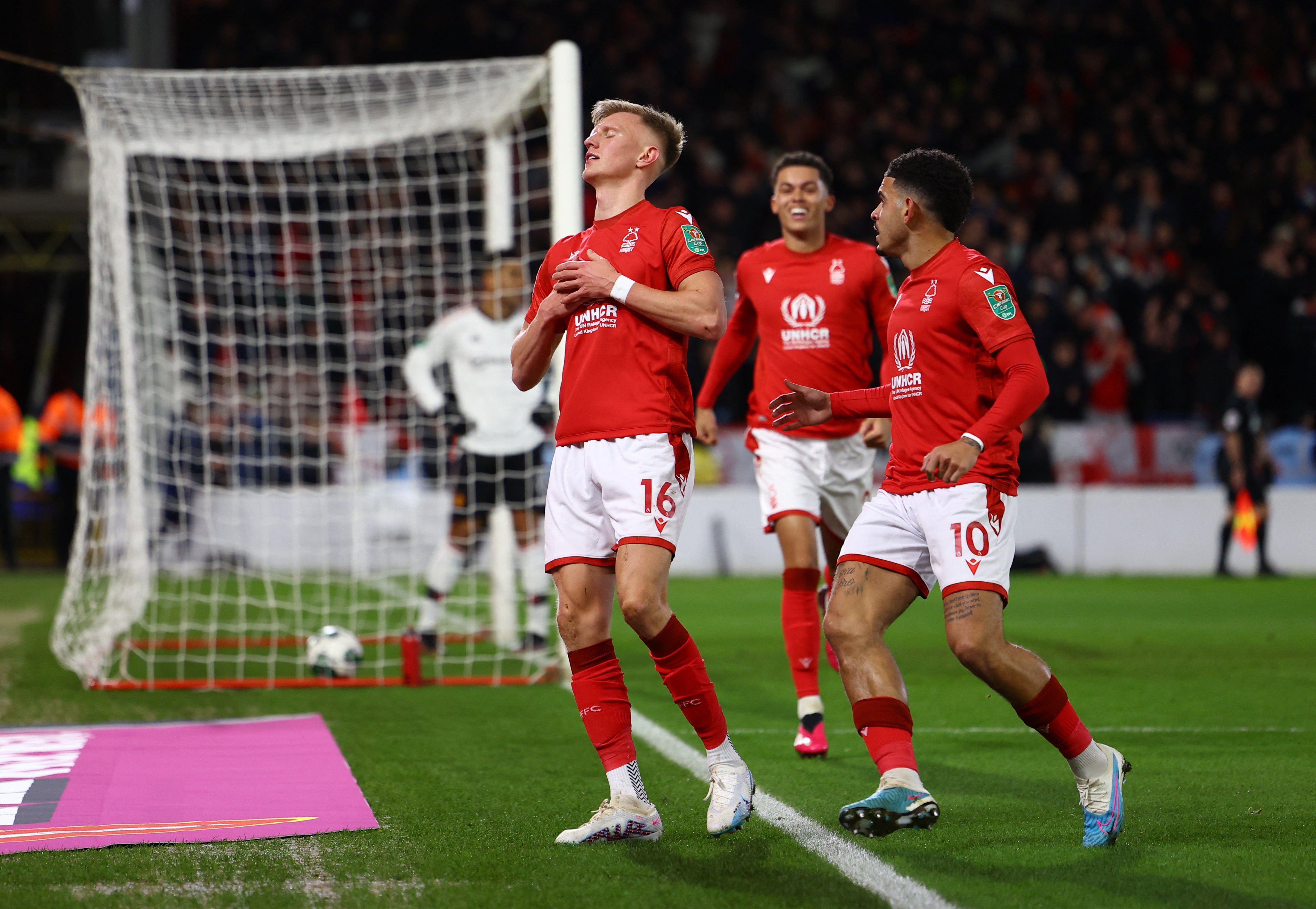 There was a fearlessness to Forest, particularly the youthful duo of Morgan Gibbs-White and Brennan Johnson. Even against an opponent of Casemiro’s calibre, Gibbs-White was irrepressible as a roaming creator. He almost proved a scorer when his rising shot cleared the bar. He thought he had set up a goal. 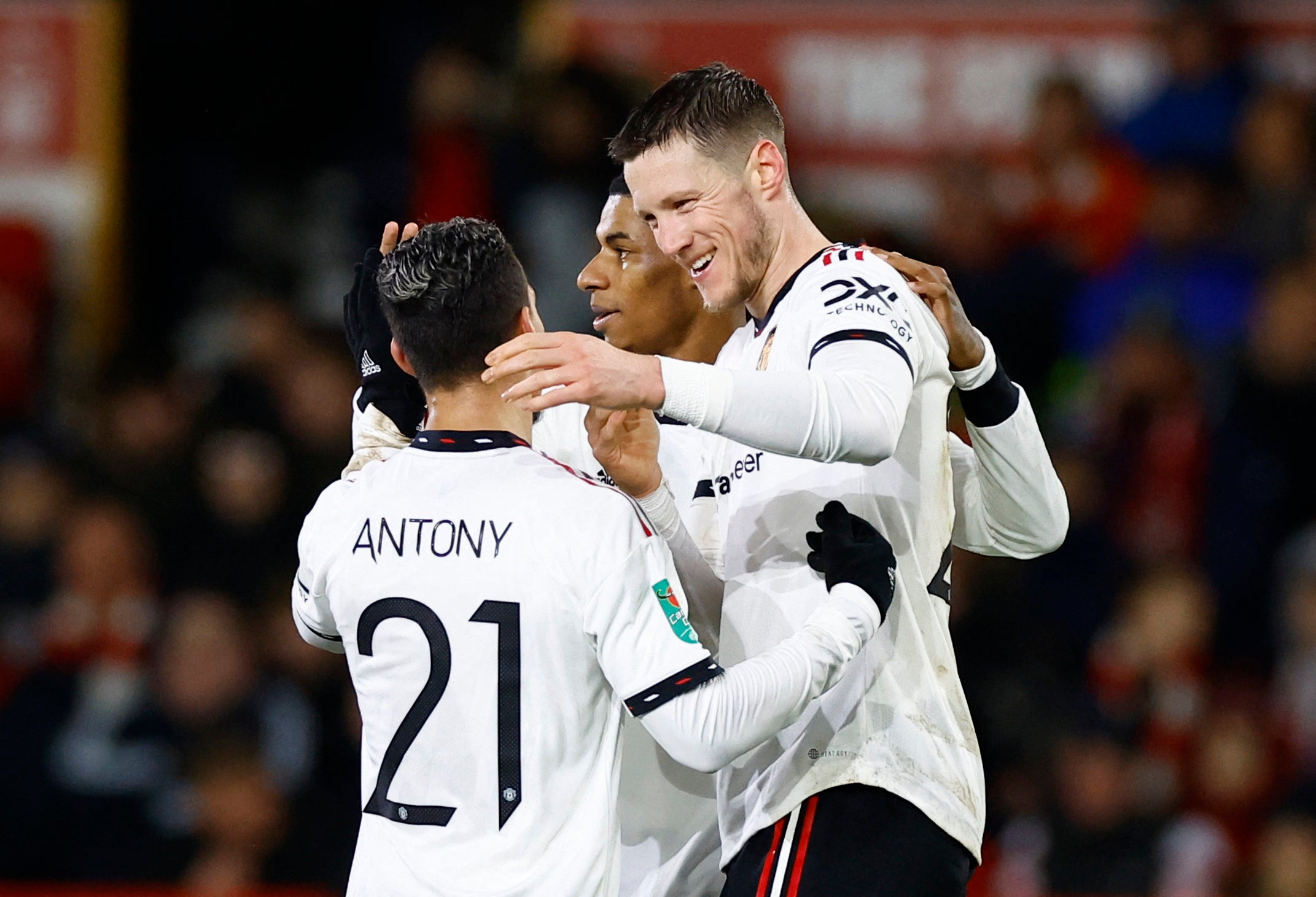 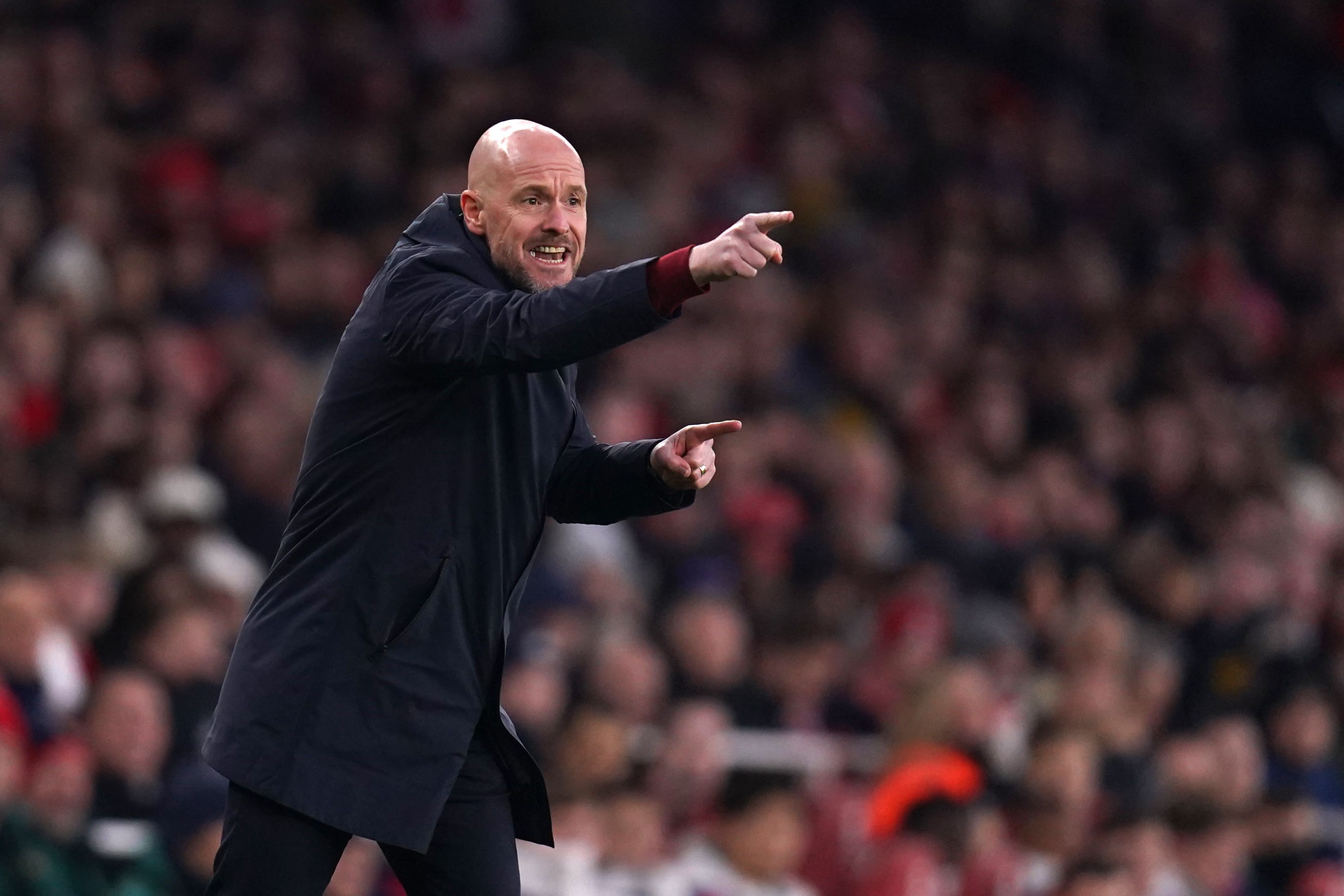 Forest had celebrated an equaliser, Sam Surridge slotting in after Gibbs-White’s pass, but replays proved the striker had strayed offside.

Steve Cooper had named an attack-minded team with Gustavo Scarpa, more of a No. 10 by trade, in a midfield three and they posed a threat. David de Gea parried Scarpa’s sweetly-struck volley. Johnson left Lisandro Martinez on his backside with one swift dart forward, even if the resulting shot was blazed over. Johnson’s pace brought a promise of entertainment. Rashford’s led to a wonderful goal. And, almost certainly, to a trip to Wembley.