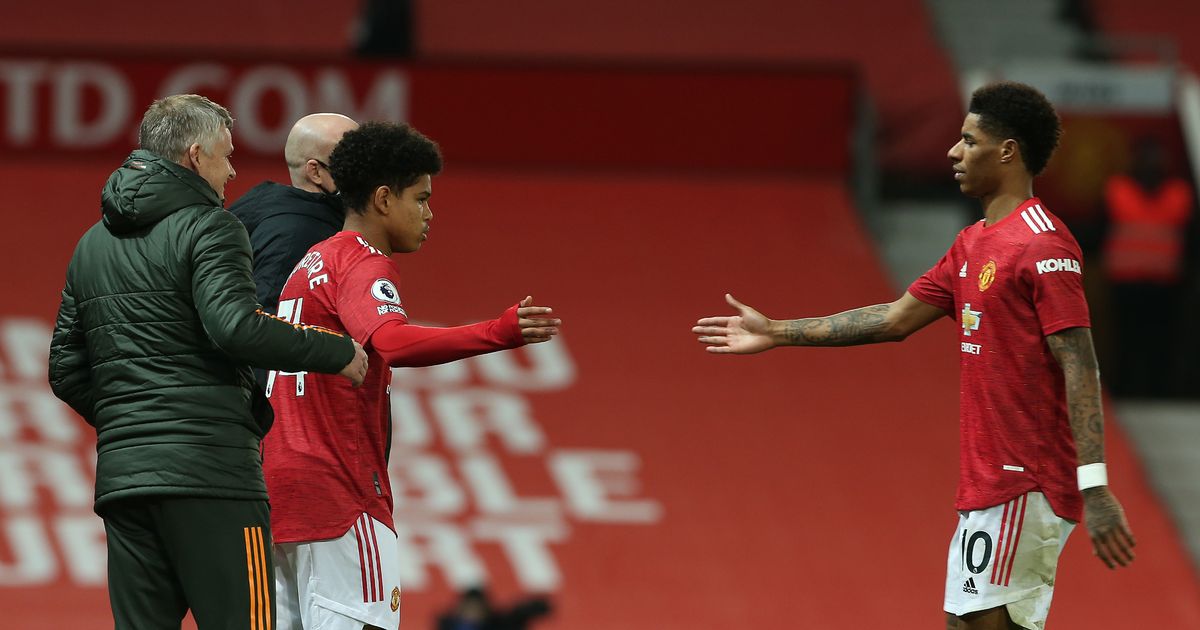 Marcus Rashford has sent a heartfelt message to Shola Shoretire after the teenager made his senior Manchester United debut.

Shoretire was introduced in the closing stages of the Red Devils' 3-1 Premier League victory over Newcastle on Sunday.

Ole Gunnar Solskjaer introduced the 17-year-old in the 89th minute as Rashford made way after scoring and winning a penalty with a stellar performance.

Shoretire was promoted to the first-team squad earlier this month and is one of the most exciting academy prospects at United's Carrington base.

And Rashford made sure to sent the youngster a touching note after his senior bow at Old Trafford.

"Cherish this moment for ever little bro. Your family must be very proud," wrote the England forward on Twitter, adding a heart emoji.

Shoretire also received a glowing report from his manager after the match and may make his European debut as the Red Devils face Real Sociedad in the second leg of their Europa League last-32 tie on Thursday, with United 4-0 up on aggregate.

Is Marcus Rashford the best forward in the Premier League? Have your say in the comments.

Meanwhile, Rashford was also keen to highlight how he has reached the same number of goals England icon David Beckham scored for Manchester United.

The forward scored a sublime goal to open the scoring against Newcastle, cutting in from the left and rifling past Karl Darlow at the near post.

It takes Rashford's tally for United to 85 goals in 253 appearances, while midfielder Beckham scored that many in 394 games.

Rashford's strike takes his total for the season to 18 goals and nine assists, while he also played a key part in the Red Devils' third against Newcastle by winning a penalty for Bruno Fernandes to convert.